Istanbul Airport and its Economic Potential

Istanbul Airport has the real potential to generate its own economic/commercial/technological/cultural ecosystem, which will certainly contribute to the Turkish economy and world economy itself. 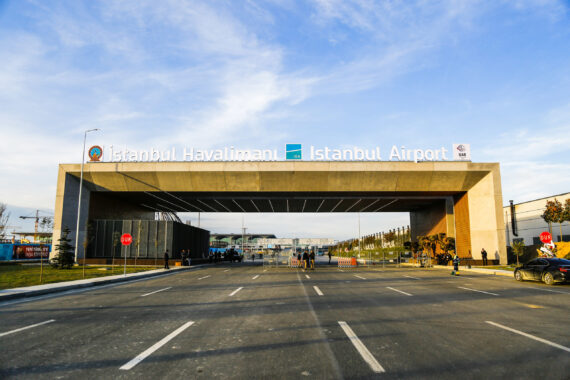 Istanbul has a pivotal and central place in the world in terms of both the East-West axis and the North-South axis. As a direct result of this unique place, Istanbul has tremendous potential not just culturally but also politically and economically. However, we cannot say that Turkey has made good use of this exceptional potential in the last century, since the country has not had economic power or true political independence to do so.

This dire situation started to change in the 2000s. With the successive AK Party governments, Turkey made significant strides economically to become a middle-income country. On the other hand, Turkey has become more and more independent from the U.S. in political terms to pursue its own agenda both economically and politically.

One should underline that technological advancement in the national defense industry in Turkey has been a huge success so much so that reliance on foreign technology in this industry declined from around 70 to  30 percent. Various attacks in the last five years against Turkey (Gezi Park “revolt,” 17-25 December “judicial coup attempt,” PKK-DAESH attacks, July 15 military coup attempt, economic/financial attacks) have had one major goal: to annihilate the volition to make Turkey a powerful/independent country, and more or less immune to any “outside” influence.

It is highly revealing that the so-called Gezi Park protestors back in 2013 opposed the projects of the “third bridge” (Yavuz Sultan Selim bridge) and the “third airport” in Istanbul vociferously and ardently. It was and is straightforward that these projects were and are highly beneficial to the Turkish economy and the people. What is not straightforward is that why on earth “some” were opposed such important projects. It is like opposing more prosperity and -yes- more powerful Turkey.

Turkey now has the economic power and political will to capitalize on the great potential of Istanbul. The inauguration of the third airport in Istanbul (namely Istanbul Airport) last week is a direct result of this power and will.

The bright performance of both airway transportation and airport services in Turkey in the 2000s has paved the way for Istanbul Airport. According to the Airports Council International, Atatürk Airport entered the list of the airports that have most passenger traffic from the 30rd rank with 37 million passengers in 2011. The progress has continued in the following years and Atatürk Airport reached 64 million passengers in 2017, ranking 15 in the passenger traffic list. One should add that passenger traffic is expected to rise to 70 million in 2018. However, this rapid rise has become a true handicap for Atatürk airport, which has a maximum annual passenger capacity of 75 million, in terms of “traffic congestion” and resulting economic/social inefficiencies.

The figures are groundbreaking. Once the new Istanbul Airport is fully completed, its overall capacity will reach to 200 million passengers. In 2017, the Atlanta Airport was used by 104 million passengers that is followed by Pekin with 96 million and Dubai airport with 88 million.

For some time, it was more than apparent that the Atatürk Airport did not have enough capacity to accommodate the growing needs of Istanbul and the world itself. This is why Istanbul needed a new airport. The first phase of Istanbul Airport opened on 29 October, on the 95th anniversary of the declaration of the Republic of Turkey, with a 90 million passenger capacity. Once all the phases are completed, the overall capacity of the airport will be 200 million. This figure is very groundbreaking in the sense that Atlanta Airport, which is the biggest airport in the world in terms of passenger traffic, was used by 104 million passengers in 2017. This airport is followed by Pekin Airport with 96 million and Dubai Airport with 88 million.

Therefore, Istanbul Airport has the real chance of becoming the biggest airport in the world by a great margin. This scenario is highly probable in the sense that Istanbul has a central place in the world and Turkey’s economic and political power is on the rise for quite some time and expected to be so in the foreseeable future. Yes, Istanbul is poised to have the largest airport in the world, which is quite in line with its centrality in the world. Such a big airport has the real potential to generate its own economic/commercial/technological/cultural ecosystem, which will certainly contribute to the Turkish economy and world economy itself.

The Istanbul Airport has the real potential to generate its own economic, commercial, technological, and cultural ecosystem, which will certainly contribute to the Turkish economy and world economy itself.

Istanbul’s importance in the world will increase all the more in the near future thanks to the rapid rise of Asia in economic and political terms. With the important contribution of the “One Belt-One Road” initiative started by China, we will witness that trade will expand tremendously and economic/technological diffusion will increase significantly in the medium/long term in Eurasia. And, this will certainly have very significant ramifications directly and indirectly for Turkey and Istanbul Airport.