While the power game in Syria continues in its fullest sensitivity, the fates of individuals from the tragedy of Khashoggi to the release of Brunson will have reflections in Turkey’s complex and interdependent foreign affairs calculations. 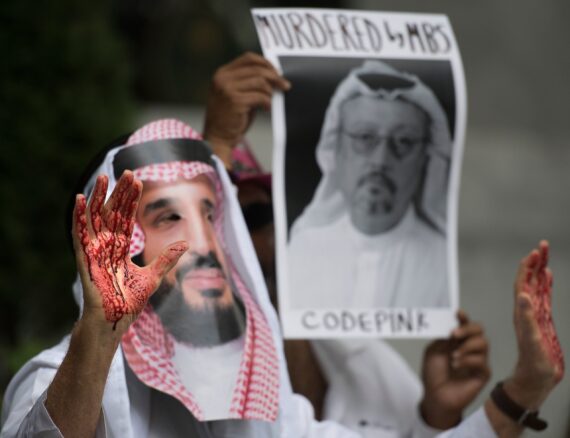 The past week in Turkey’s foreign affairs agenda was quite busy. The disappearance of Washington Post opinion columnist Jamal Khashoggi topped this. After entering the Saudi consulate in Istanbul, the Saudi journalist mysteriously disappeared. The Turkish authorities showed the footage of his entrance to the consulate but he simply did not come out, at least, in the way he was expected to. The Saudi side claims that Khashoggi left the consular building but they cannot provide evidence because their cameras were not recording that day according to their statement.

The Turkish side on the other hand shows the footage of Khashoggi’s entry as well as a well documented story of a 15-man team of Saudi officers (including special forces and intelligence officers) who flew in Istanbul with two private jets and left hours after, allegedly, after “handling” the Khashoggi case. As the Saudi squad left the consular building, Khashoggi’s fiancée was still waiting for him outside the consulate.

The second matter with respect to Turkey’s foreign affairs agenda came a week after Khashoggi’s disappearance. Andrew Brunson, an American pastor living in Turkey and on trial for alleged espionage with links to the Gulenist terror network, was released by the Turkish court on Friday, 12 October. His arrest for almost 2 years and following house arrest for the following 2 months was a major issue deepening the crisis between Turkey and the U.S. (Here is an earlier assessment of the matter).

The third major event with regard to Turkey’s foreign affairs agenda came out from President Erdogan’s statements regarding a possible incursion into the Northern Syrian city of Manbij. During his speech in Isparta on Friday, 12 October, Erdogan touched upon the recent news on the trenches being dug by the PYD/SDF in Manbij against a possible Turkish offensive. Erdogan gave a clear message in his speech and said that “we will enter there too.”

While an offensive does not seem imminent, it is well-known that Erdogan is pretty straightforward when it comes to Turkish military incursions. We saw similar remarks by Erdogan before Turkey’s offensives in Jarablus and Afrin and also before Turkey’s establishment of observatory posts in Idlib, all in Syria. Turkey’s ground incursion into the PKK-controlled territories in Iraq also came after similar remarks by Erdogan. In all these cases, the President gave the orders after making his warnings in public. Hence, it is natural to question whether we will see new developments in Manbij.

Looking at the three events of the past week, one can see the parameters are about to change in the Saudi Arabia-Syria-U.S. triangle of Turkish foreign politics. The Saudi case is likely to make the already tense relations between Turkey and Saudi Arabia even tenser. Turkey has leaked strong evidence against the Saudis on Khashoggi’s disappearance but for now is keeping itself back from a more aggressive strategy against the Saudis. Perhaps the country wants to keep escalation under control and avoids escalating the tension to a no-turn level given that the economic relations with the Saudis still matter.

Or, Turkey may be willing to play the Khashoggi case against the Saudis to the fullest degree but does not rush for it to make the full impact at the right moment. Further, Turkey’s evidences have already hurt the Saudis in a number of ways. A number of U.S. senators have already discussed invoking the Global Magnitsky Act on Saudi Arabia. Further, a long list of global media sponsors have already dropped out of the Saudi conference, The Future Investment Initiative (popularly marketed as Davos in desert). While these are the first tangible effects of the Khashoggi case, the biggest strike was about the well-funded and well-crafted “reformist leader Muhammad Bin Salman” propaganda.

In the eyes of many in the Middle East, Europe, or North America, Saudi Arabia is now nothing more than a brutal tribe-state. It is too hard for Muhammad Bin Salman to fix this damage to his PR campaign. That being said, a real blow can only become possible if Trump turns his back to Bin Salman, which is not likely at the moment.

While Turkey seems to be committed to pressure Saudi Arabia on the unfortunate disappearance and probable murder of Khashoggi, it also has other plans in its Middle East strategy. It seems like Turkey will keep Saudi off the loop in its affairs with the U.S. with regard to Syria. Given the Saudi vulnerability vis-à-vis Turkey (after all, they are accused of murdering a journalist in Turkey in the most brutal, and silly way), Saudis may also not risk a further escalation with Turkey on the question of Syria.

As Turkey released Brunson and hopes a significant improvement in its relations with the U.S. (despite all the other problems between the two), it can also be more demanding with respect to the future of Manbij. While the power game in Syria continues in its fullest sensitivity, the fates of individuals from the tragedy of Khashoggi to the release of Brunson will have reflections in Turkey’s complex and interdependent foreign affairs calculations.