Jamal Khashoggi's last opinion: "What the Arab world needs most is freedom of expression"

In his final opinion piece, the Saudi journalist’s stance against the Saudi establishment spoke for itself. The opinion title reads: “What the Arab world needs most is free expression.” 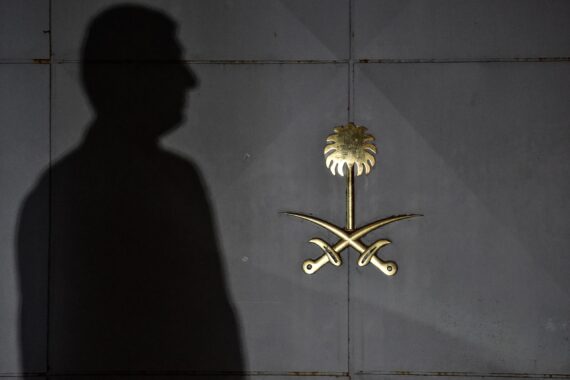 A security member of the consulate waits in front of the gate door of the Saudi Arabian consulate on October 17, 2018 in Istanbul. Getty Images

Jamal Khashoggi has been missing since October 2, when he was last seen entering the Saudi consulate in Istanbul.

After various information was released to the press, it is now widely accepted that the Saudi journalist was brutally murdered in the General Consul.

While the investigation has not yet been concluded, Turkish officials are expected to share their findings within the next couple of days.

Khashoggi was a writer for The Washington Post, and his final opinion was published yesterday.

In his final opinion piece, the Saudi journalist’s stance against the Saudi establishment spoke for itself. The opinion title reads: “What the Arab world needs most is free expression.”

In his final piece, Khashoggi drew attention to how only a couple of countries in the Arab world are considered to be “free.” These are Tunisia, Jordan, Morocco and Kuwait.

Highlighting that the spring of 2011 – better known as the Arab Spring – was a hope for journalists, academics, and the general population, as they were “brimming with expectations of a bright and free Arab society,” the journalist also highlights how “these expectations were quickly shattered” and how these societies “either fell back to the old status quo or faced even harsher conditions than before.”

Providing examples of how the media have been silenced in Egypt, Khashoggi states that these kind of actions “no longer carry the consequence of a backlash from the international community. Instead, these actions may trigger condemnation quickly followed by silence.”

As a result Khashoggi continues, “Arab governments have been given free rein to continue silencing the media at an increasing rate.”

The lack of backlash from the international community can, unfortunately, be seen in the disappearance of Khashoggi himself. Although Mike Pompeo visited both Saudi Arabia and then Turkey, the U.S. government have not been so loud in calling the Saudi establishment to account.

Also Read
Kingdoms of Fire: The Political Backstage (Part I)