July 15th and the Youth: A Fresh Perspective

On the anniversary of the July 15 coup attempt, I have talked with a couple of young people of different socio-cultural and economic backgrounds, about their perception of the coup attempt and the post July 15th process. 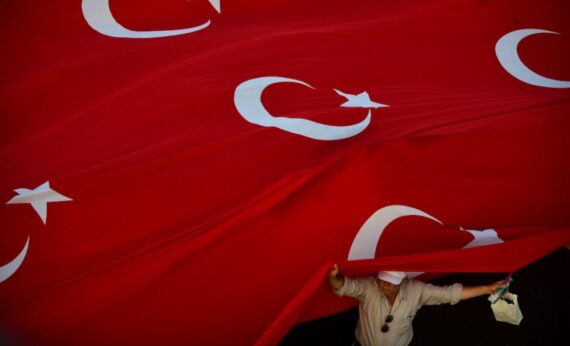 On the anniversary of the July 15 coup attempt, I have talked with a couple of young people of different socio-cultural and economic backgrounds, about their perception of the coup attempt and the post July 15th process. Before I present their perception and opinions, I have to confess the social scientists’, including me, misinterpretation about the sociology of youth in Turkey.

The crisis of belonging and selfishness are the common problems among young people in almost all countries in the world. This crisis brings the isolated and individualist or self-absorbed personalities obsessed with consumption, self-exposure, etc. Until last year, almost all social scientists in Turkey had the same opinion about the youth of Turkey that they are very apolitical, detached from all kinds of political world views, selfish, overconfident and conformist. However, on the night of the 15th July, the youth of Turkey shifted these perceptions and evaluations; thousands of young people were in the streets to stand against the coup attempt even though they had never experienced a coup before.

What was the coup about? Why did parts of the army occupy streets and what was their final purpose? Although they had so many questions in their minds, they were in the streets with their parents; they learned the answers to all of these questions through what they had seen in the streets. They saw real weapons, real tanks and real F-16 warplanes up close. They were eyewitnesses to hundreds of casualties and murders. Some of them were also wounded and even murdered by some soldiers firing bullets and dropping bombs from the F-16s. Mahir, Abdullah Tayyip, Mehmet Ali, Batuhan and many other young martyrs who were shot dead that night showed us how to re-read the sociology properly.

Today one year has passed since the coup attempt, and the perception and opinions of young people are very valuable to analyze the past year. Firstly, they witnessed one of the most important turning points in Turkey’s history and they consider themselves a bit lucky for experiencing this extraordinary event.

The reason for that is they think that we haven’t completely analyzed the background of this treacherous night yet. Within this context they naturally have some concerns about their future. “We feel the shadow of the future,” a young man puts it blankly. An 18-year-old university student says: “We know the murderer very well but not the contributors.” A 16-year-old high school student says that he saw the tip of the iceberg on that day and other ways of carrying out a coup might not be unlikely. The young interviewees add that the putschists’ mentality might still be alive in Turkey and FETÖ may use alternative sophisticated techniques to perpetrate a new attempt to overthrow the government.

For several decades FETÖ leaders tried to transform young people into the profile they wish. This profile is very submissive and not supposed to have any kind of critical thinking. According to the young people I talked with, this logic of FETÖ is not accidental; they used to train or create their own so-called “soldiers without any identity or belonging. No room for family or real identities was left to these young minds.

This young generation is very open to different societal experiences but very soon feel skeptical. “We do not want any kind of dystopia created by the events of July 15th” a 23-year-old teacher explains. The question that we have to ask ourselves is how we, as a society in general, prepare the youth in this uncertain phase? The issue is straightforward: it can be explained in simple terms. They do not want to be the object of any kind of ideology or belief and they have the self-imagination of being free subjects.

The Need for A Positive Agenda

Finally, I asked them about their views on the post July 15th period, the state of emergency and generally the current situation of Turkey. Most of them think that just a year is too short to understand and analyze the complexities of the July 15th events. Because of the fact that the coup attempt has been very complicated and multi-factored, the analyses have to be made in a cautious way.

However, the young men and women underline the significance that the whole investigative processes should be kept up fairly in the spirit of justice and the rule of law. The trials of the perpetrators and the suspects should not harm the legitimacy of civil resistance and should not hijack the July 15th resistance. “We have a great potential to tackle all the grave problems created by previous generations. But from now on we need a positive agenda,” a 19-year-old Kurdish university student says. “We do not want to be the part of a hurried culture or hurried politics,” a 15-year-old female Imam Hatip High School student expresses.

They are seeking alternatives. It signifies entirely different sets of youth policies in Turkey. The most important determinant of this demand is by far the aspect of education. But what kind of education are we talking about? A 21-year-old law school student summarizes it for us: “we don’t want any academic junk food; we demand real education!” Besides education, they demand a moral community in which they could find role models to follow.

Some young people think that there is a dearth of real role models in this period when they especially need it much more than ever before. In their opinions, if we cannot take a positive agenda serious, on the contrary a lot of individualism, atomization and fragmentation of societal ties will be the result instead of a desired sensitivity and compassion to function as main motives for the next generations. And if individualization and fragmentation of societal ties would be the outcome, a civil resistance against another July 15th like attempt could be difficult to imagine.