In most recent deelopments, Turkey’s General Consulate to Erbil announced on Wednesday that from Friday 29 September onwards, flights to and from Turkey from Erbil and Sulaymaniyah will be paused. 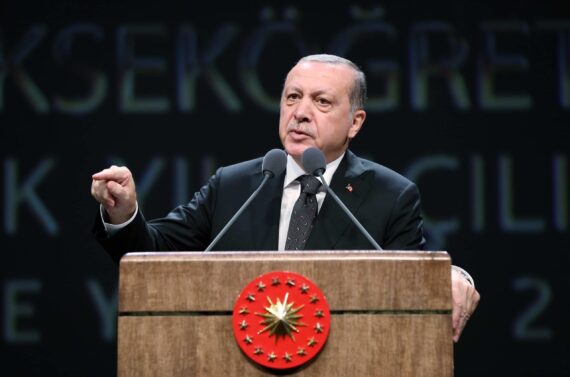 The US has also maintained this position, claiming the independence referendum will harm the fight against terrorism in the Middle East.

Turkish President Erdogan has called the independence referendum as a “betrayal” emphasizing that “You will be left in the middle anyway, from the moment we start implementing sanctions.” “It will be finished when we close a valve. All your income is over.”

The decision to hold the referendum has not only diminished relations with Turkey but also with Iran, that the country has already closed its border with northern Iraq.

Speaking in Ankara, President Erdogan said “the moment that [Turkish] trucks do not work in northern Iraq, they will not be able to find food and clothes.”

He added, “Frankly, we did not give credence until the last moment that Barzani would make a mistake like this.”

“This means that we were wrong. The decision, which was taken without a prior consultation or meeting, is a betrayal to our country in an era where our relations were at their best level in history.”

The President re-iterated comments that he made earlier, claiming that the referendum was unconstitutional and lacked international support.

The only country recognizing and supporting the idea of an independent Kurdistan is Israel. Concerning this, the President asked “Who will accept your independence? Israel? But the world is not constituted only of Israel.”

In regards to Israel being the only country supporting the referendum, Turkish Foreign Minister Mevlut Cavusoglu also stated that “Israel’s support alone will not be enough for the KRG. No one’s support will be enough. No one will side with them the next day.”

The Foreign Minister had already warned the KRG administration that if any Turkmen residents in the disputed territories are targeted that the Turkish military will intervene.

In most recent deelopments, Turkey’s General Consulate to Erbil announced on Wednesday that from Friday 29 September onwards, flights to and from Turkey from Erbil and Sulaymaniyah will be paused.

The statement released informed that this matter includes Turkish Airlines, AtlasGlobal and Pegasus – Turkish companies that operate flights from and to northern Iraq.

The maneuver comes as the KRG refused to hand over airports to the Baghdad administration.