Spokesperson for the High Judicial Council, Abdulstar Bayraqdar stated that “The Rusafa Investigation Court has issued an arrest warrant for the head and members of the commission who supervised the referendum in the Kurdistan region.” 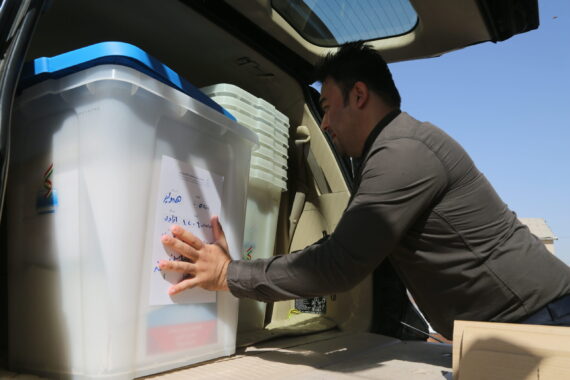 While the Iraqi central administration and other regional and international actors have spoken out against the Kurdish independence referendum that was held on September 25 in KRG-controlled areas, different institutions within Iraq have diverged on their mutual stance on this issue.

On Wednesday an Iraqi court issued an arrest warrant for the head and members of the election commission responsible for the independence referendum.

Spokesperson for the High Judicial Council, Abdulstar Bayraqdar stated that “The Rusafa Investigation Court has issued an arrest warrant for the head and members of the commission who supervised the referendum in the Kurdistan region.”

He said that the warrant was issued after the National Security Council “filed a lawsuit arguing that the referendum was contrary to the decision of the High Federal Court.”

While an arrest warrant has been issued for the head and members of the election commission, Iraq’s Federal Court rejected a parliamentary request to rule on whether or not the participation of Iraqi Kurdish MPs in the poll violated the Constitution.

The Court issued a statement underlining that “The court is not competent to deliver a verdict – or give an advisory opinion – in this regard.”

“We have therefore dismissed the request [by parliament] as the issue remains outside our jurisdiction.”

Baghdad insists on the cancellation of the referendum

Following the independence referendum, while the Baghdad administration have emphasized they will not negotiate with Erbil unless the referendum vote is cancelled, the Kurdistan Regional Government administration insist they are ready for dialogue with Baghdad “without any preconditions.”

In a statement published by the KRG’s official website, the Kurdish administration also said that the sanctions imposed by the Iraqi central government in retaliation to the referendum were “unconstitutional” and that exacerbating tensions would benefit nobody.