Latest announcements from the UN predict the current number of refugees in Bangladesh to stand around 420,000. 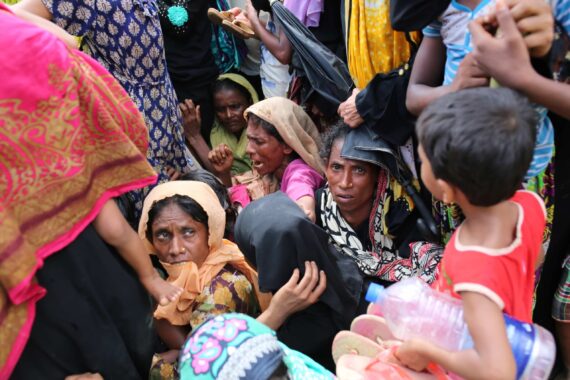 The Rohingya crisis remains on the political agenda following attacks by Buddhist mobs and the security forces against the Rohingya in Rakhine State in Myanmar, causing a refugee crisis in the region.

Reports of the Arakan Security Forces committing crimes against humanity, including mass killings and gang rapes, have been described by the UN High Commissioner for Human Rights, Zeid Ra’ad Al Hussein, as a “textbook example of ethnic cleansing.”

De facto leader of Myanmar, Aung San Suu Kyi, a former Noble Peace recipient, skipped the UN General Assembly due to the international opposition and criticism she was receiving. While escaping the UN, Suu Kyi, condemned the human rights violations against Rohingya Muslims and claimed that “we want to find out what the real problems are.”

In her first address in regards to the crisis, Suu Kyi sidestepped allegations of atrocities committed against the stateless Muslim minority and cast the conflict as just one of many problems ailing the country.

While Myanmar’s leader chose to deny the security force’s involvement in the violence, statements made by the refugees arriving in the camps detail how the military were involved in laying mines across the villages and other crimes committed especially against women and young children.

Latest announcements from the UN predict the current number of refugees in Bangladesh to stand around 420,000.