Lebanese PM: Hezbollah needs to remain neutral in the region

Hariri said he was ready to stay on as prime minister but would resign again if Iran and Hezbollah did not accept the new political balance and the state policy of staying out of regional conflicts he was proposing. 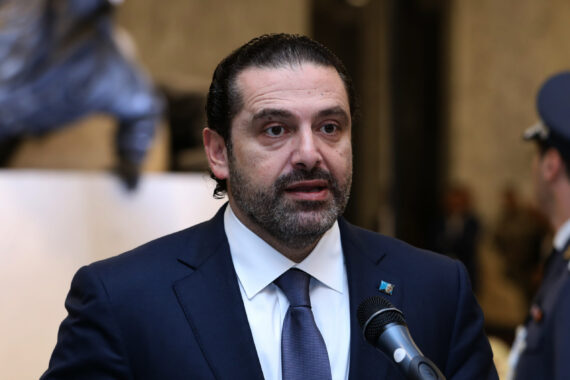 On Monday Lebanese Prime Minister Saad Hariri said that the Iran-backed Hezbollah must stop interfering in the affairs of neighboring countries, and accept a “neutral” policy in order to bring an end to Lebanon’s political crisis.

Hariri abruptly announced his resignation in a televised address from Saudi Arabia on November 4, accusing Iran and its Lebanese ally Hezbollah of attempting to destabilize the situation in Lebanon and the Middle East, which Tehran in turn has denied.

He added that he had postponed his resignation to discuss ways to disassociate Lebanon from wars in neighboring countries.

“I would like the stability of Lebanon to be the first thing for everyone. For me, when the president asked me to suspend my resignation, I told him that we had to solve some problems, and we are doing some consultations, and I would like to stay,” Hariri said speaking in an interview recorded on Monday evening with French broadcaster CNews.

“I wanted to do something for the country. We are in a very difficult period where the whole region burns. What I want is to stabilize Lebanon,” he said speaking of his resignation.

“When I saw that we had a very big problem with the Gulf, I had to create a positive shock. Regarding everything that happened there, there are many stories that have come out, but I am keeping it to myself,” he said, adding that he went to Saudi Arabia to improve relations.

“Lebanon cannot resolve a question like Hezbollah which is in Syria, Iraq, everywhere because of Iran. It is a regional political solution that needs to be done,” Hariri said.

“The interference of Iran affects us all. If we want a policy that is good for the region we shouldn’t be interfering.”

Hariri’s long-time political patron Saudi Arabia, is Iran’s main rival in the region. Hezbollah, which forms part of the Lebanese government, is backed by Iran and fights alongside the Assad regime in Syria and in Iraq against DAESH militants.

“I don’t want a political party in my government that interferes in Arab countries against other Arab countries,” he said adding that he wants his country to be neutral vis-a-vis all conflicts

Hariri said he expected Hezbollah to implement “the neutrality we agreed upon in the government and the communique in parliament, where we said we will have good relations with all Arab countries,” and added, “We cannot say something and do something else.”

Hariri said he was ready to stay on as prime minister but would resign again if Iran and Hezbollah did not accept the new political balance and the state policy of staying out of regional conflicts he was proposing.

However he noted, “I think in the interest of Lebanon, Hezbollah is engaging in a positive dialogue. They know we have to remain neutral in the region.”