Man of Contradictions: Joko Widodo and the Struggle to Remake Indonesia 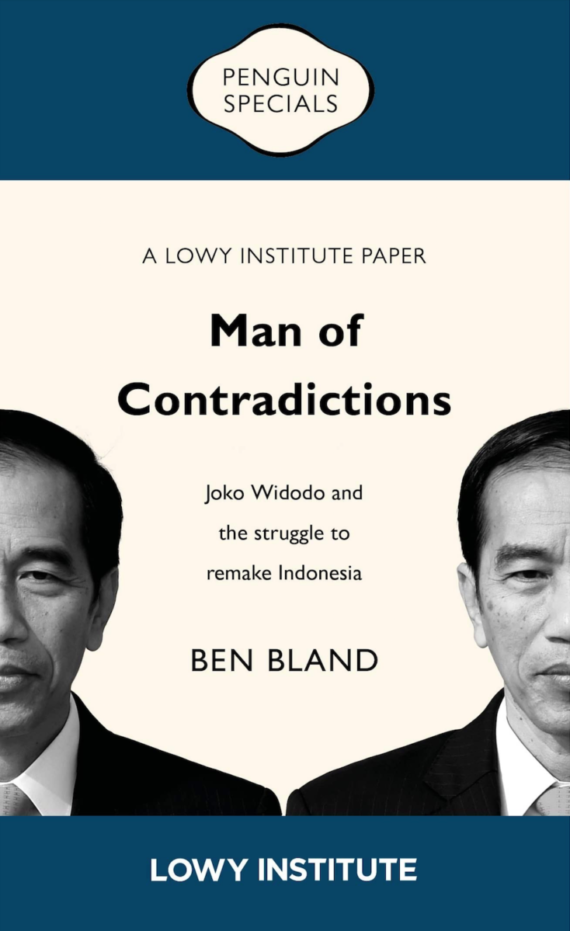 Joko Widodo is an Indonesian politician, businessman, and the 7th president of Indonesia. He previously served as the mayor of Surakarta from 2005 to 2012, and the governor of Jakarta from 2012 to 2014. He was elected president in July 2014 – the country’s first non-elite and non-military political leader.

Widodo is bound to the idea of change and reform in contemporary Indonesia. Although he has tried to transform the country into an Asian power, several crises, ranging from COVID-19 to some popular Islamist movements, have challenged his career. As the first English-language biography of Widodo published by Penguin Specials as a Lowy Institute Paper, Ben Bland’s Man of Contradictions shows how Widobo’s presidency mirrors a range of modern Indonesia’s paradoxes: democracy and totalitarianism, openness and protectionism, Islam and pluralism.

Although Widodo’s presidency has not yet come to an end, the author has delivered a great book. Bland, a Financial Times correspondent in Jakarta, has had unconditional access to the president, interviewed him on several occasions, and has gotten to know many of his officers and consultants. Apart from this, the author has lived in Indonesia among the ordinary people whose daily lives have been affected by Widodo’s domestic and international policies.

Bland professes that Man of Contradictions is not a “conventional biography.” His work follows what he considers the contradictions and paradoxes of Widodo, best exemplified in his manner and style. For the author, the unique manner of his leadership is an outcome of the hopes and dreams of the tens of millions of Indonesians who have voted for him.

The author has intentionally tried to prepare a book that is comprehensible to the general reader and does not become entangled with the conventional theories of policy-making and politics nor the challenging methods of biography writing. The book is an accessible source of understanding the highest-level political situation in the most populous Muslim country in the world.

Man of Contradictions familiarizes readers with Joko Widodo, the challenging leader of Southeast Asia, and at the same time, is a fresh and up-to-date political biography that opens a door to a political and social aspect of Indonesian history and society.

VIDEO: Man of Contradictions: Joko Widodo and the Struggle to Remake Indonesia