During a visit to the Pentagon’s press office, Mattis told reporters that the U.S. will continue to work with Turkey at “the highest levels and all the way down through the military level.” 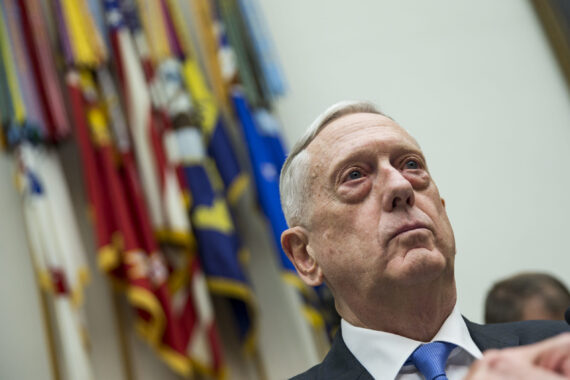 On Thursday 9 February, U.S. Defense Secretary James Mattis stated that he will meet with his Turkish counterpart Nurettin Canikli.

“We will continue to work with our NATO ally [Turkey], and I will see their Minister of Defense in Brussels next week.”

Mattis was referring to Turkey’s plan to launch a military operation in Manbij, a strategically important city west of the Euphrates in northern Syria, as part of Operation Olive Branch.

Manbij lies northeast of Aleppo but just south of the Turkish border.

Washington has voiced concern about the security of U.S. troops in Manbij amid Turkey’s on-going operation in northeastern Syria. There are about 2,000 American soldiers in Manbij.

Mattis stated that there has been no change in terms of Turkey’s pressure on Manbij in response to a question about Turkey’s concern over the presence of PYD/PKK terrorists in the area.

“Obviously, there is a lot of concern there because of what we heard out of Ankara. But right now, our goal is to keep the pressure on [through] the counter ISIS [Daesh] campaign and keep the campaign going,” Mattis said, describing Turkey’s planned military operation in Manbij as a “distraction” from the fight against Daesh.

Describing Turkey as the “only NATO ally with an active insurgency inside its border with the PKK terrorist group,” Mattis said that the U.S. is working with Turkey on its legitimate security concerns not just with the PKK but also along the Syrian border, which has been turned into a battlefield by the Assad regime.

“Turkey has legitimate concerns, and the U.S. is working with Ankara. But at the same time, Washington wants to stay on Daesh right now,” he added.