How will the relationship between mayors and councilors be positioned in Turkey local governments? Can mayors administer municipalities as they wish, or will councils stand out as the main decision-makers? 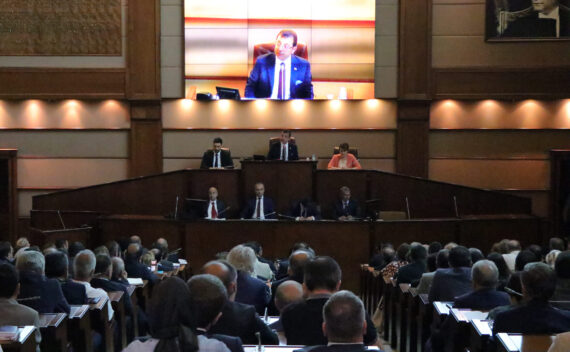 After the 31 March local elections in 2019 and the renewed 23 June Istanbul Metropolitan Mayor election, the relationship between the municipal council and the mayor is on the agenda again. The most striking result of this election was that the CHP candidates won metropolitan mayors in Istanbul, Ankara, and Izmir. While the AK Party took the majority in the Ankara and Istanbul Metropolitan Council.

How will the relationship between mayors and councilors be positioned in Turkey local governments? Can mayors administer municipalities as they wish, or will councils stand out as the main decision-makers? In the period ahead, Turkey will seek answers to these questions and many others. This situation has also happened before in Istanbul, Eskisehir and Adana, where different parties won the mayoral and council elections.

Recep Tayyip Erdoğan was elected mayor in the 1994 Istanbul local elections, but did not have a majority in the city council. However, alliances with members of the council elected from parties such as the True Path Party (DYP) and especially the Motherland Party (ANAP), with a close political approach had simplified Erdoğan’s work. Yılmaz Büyükerşen experienced similar processes between 2014-2019. In this process, Büyükerşen claimed that he could do the projects he wanted through administrative jurisdiction and stated that it was difficult and costly for mayors not to have a majority in the municipal council. It seems that similar processes and tensions will take place in Ankara and Istanbul.

The new term has already begun with discussions on councils vs. mayors or mayors vs. councils. This is reflected in reports that Mansur Yavaş turned off the microphone of an
AK Party municipal councilor in Ankara because of his off-agenda statements. In Istanbul, when Councilor Tevfik Göksu asked the mayor in a discussion about the working days, “do you decide what to talk about?”, Ekrem Imamoğlu answered, “I decide, of course, I am the president of the council”. In Adana, the Metropolitan Municipality Mayor Zeydan Karalar complained of a councilor ‘staring at him’. All these give early signs of how the new period will pass.

Aside from these discussions, it is a healthier approach to evaluate the role of the mayor and the council in terms of their duties and powers in the municipalities.

The mayor has executive powers such as managing the municipality according to a strategic plan, setting policies, chairing the council and the committee, monitoring the success level of policies, managing personnel affairs, and directing the personnel of the municipality. The committee is designed as a kind of executive committee and advisory body where the decisions of the mayor and its councilors are dominant. It has the authority to carry out transactions and actions such as observation, audit, and approval of various subjects.

Municipal councils, which can be formally likened to the Grand National Assembly of Turkey (TBMM), have the authority to place limits on the executive power at the local level within the decisions they take. Municipal councils have authority in the evaluation of policies as well as in the phases of preparation and implementation.

At the council meeting in July 2019, 1.525 million of Imamoglu’s borrowing demand of 2.225 million was approved by the council. This is an important example of the financial control of the metropolitan municipal council over the mayor. Likewise, the approval of the budget is one of the most important instrument for auditing. Setting the budget in line with the demands of the councilors may become a serious administrative crisis for mayors.

In addition, councilors have the authority to audit the mayor through questions, interpellation, and general meetings. It is certain that broad audit opportunities are important for transparent administration and protection of citizen interests.

While mayors may appoint all unit heads alone, they are subject to the supervision of central government in the general secretary’s appointment. The municipal budget is audited by the municipal council. In this case, the council has direct influence on the shaping of urban policies. It should be noted that the council has serious control over the mayor in terms of financial affairs, because the authority of borrowing is in the hand of the council.

As a result, there is no hierarchical relationship between the organs. It means it is not possible for a party to impose what it wants. On the other hand, when the candidate of the party with a majority in the council becomes the mayor, the demands of the executive authority are generally accepted in the council. In cases where a mayor’s party did not have a majority in the council, it is observed that an expectation and search for consensus is formed.

In this respect, it is meaningful to hope that the relationship between municipal councils and mayors will seek this consensus in the coming period. President Erdoğan’s support for positive projects for citizens and the call of Ekrem Imamoğlu, Mayor of Istanbul Metropolitan Municipality, for harmonious work with President Erdoğan after the 23 June election are also notable in the search for reconciliation at this beginning stage. These statements are also important for the future of cooperation between municipal bodies. With these calls, debates in the municipal council meetings between the metropolitan mayors and councilors should be limited to issues aimed at protecting the interests of the citizens. Otherwise, public services will be disrupted and public benefit will be injured.

For these reasons, it is important test for our democracy to see what cooperation local authorities exhibit in Ankara and Istanbul, which are two of the biggest cities of Turkey and where a total of 25 million citizens reside.

Cenay Babaoğlu is an associate professor at Nigde Omer Halisdemir University. He received his Ph.D. and completed undergraduate studies at Hacettepe University, where he worked as a faculty member until 2016. He worked at the Grand National Assembly of Turkey until 2018. He has written over a dozen journal and conference publications, his research interest centers on Turkish administrative history, public policy, ICT use in public administration and public administration education. He has two edited books on Turkish politics and three books on public policy and administration and articles published at JPAE and IJPADA; many book chapters, and conference papers which he presented at EGPA, NASPAA or ICEGOV annuals.