The United States State Department admitted that the US charge d’affaires in Riyadh, met Saad Hariri on Wednesday without elaborating on where the meeting was held. 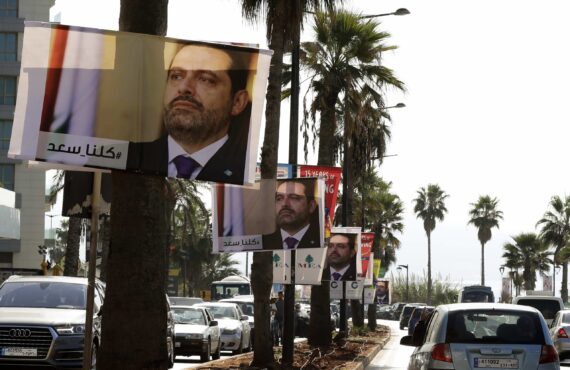 Posters of Lebanese Prime Minister Saad Hariri, who resigned last week in a televised speech airing from the Saudi capital Riyadh, hang on Beirut's seaside corniche on November 10, 2017, with a caption reading below in Arabic: "#We_are_all_Saad." AFP

Amid the already simmering state of affairs in the Middle East, Gulf states have delivered just another bombshell. After Bahrain, Saudi Arabia, Kuwait and the United Arab Emirates have also asked their nationals to leave Lebanon immediately, urging citizens not to travel to Lebanon from any station of the world.

The latest development follows Lebanese Prime Minister Saad al-Hariri’s resignation on his visit to Saudi Arabia past weekend. Also last week Saudi Arabia claimed to have intercepted a ballistic missile that was targeted from neighboring country Yemen, where the Kingdom has been involved in an armed campaign for the past two years.

After Hariri’s resignation, analysts around the world had suggested that the move might have come on Saudi directions, and speculated that it could trigger region-wide consequences. As Lebanon is already on the brink, the current move by the Gulf states could be a step towards the execution of what the analysts had been fearing: a military operation against Hezbollah – a Lebanese militia group, which also has share in the government. The operation is expected to be led by Israel, with which Gulf states of late have been cozying up.

Hezbollah is closely associated with Iran and has thousands of militants fighting in Syria on behalf of the Iranian administration. Lately the side has made significant gains in Syria and Iranian influence is seen increasing across the region, a worry for Arab Gulf states who see Iranian ideology, a mix of Shiism, Persianism and so called Islamism, as an existential threat.

Meanwhile, Hariri’s whereabouts are unknown and his Future Movement party, appealed to him on Thursday to return to Lebanon to “restore the dignity of the country.”

Lebanese officials claim Saudi Arabia might have put Hariri under house arrest, which however was denied by the Saudis.

Lebanon’s President, Michel Aoun, is expected to call on the international community, the Arab League, the United States, the United Kingdom, China and Russia to help uncover the reason behind Hariri’s unexpected resignation.

The United States State Department admitted that the US charge d’affaires in Riyadh, met Saad Hariri on Wednesday without elaborating on where the meeting was held.

In another development, Russia’s ambassador to Lebanon, Alexander Zasypkin, threatened on Thursday to refer Hariri’s case to the UN Security Council if the “ambiguity” continues, citing Lebanon’s matter of sovereignty with respect to Hariri’s return.