The U.S. and Turkey can and most likely will work through specific policy issues but the current uncertainties can certainly destabilize the relationship once again. Both sides have a strong interest in avoiding such a scenario and deepening the strategic conversation will be ever more important to overcome potential spoilers. 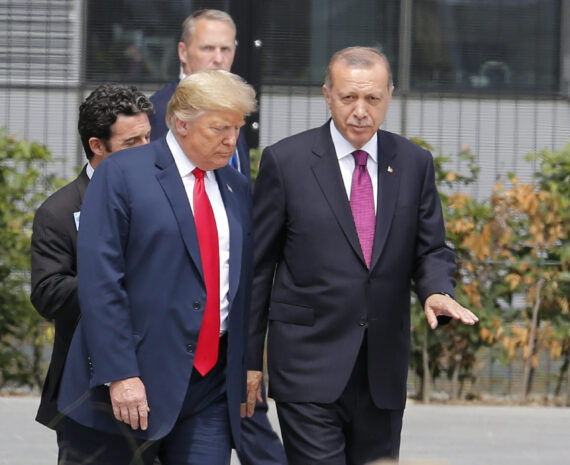 The U.S.-Turkey relationship has always been subject to ups and downs, including the Cold War years. This was one of the themes covered in a conference on the legacy of the July 15 coup attempt organized by SETA DC. The current state of U.S.-Turkey relations is certainly less than ideal, to say the least, but the good news is that both sides are talking to each other. The laundry list of disagreements includes their diverging views on the PYD and FETO, which continue to derail the relationship. After the U.S. withdrawal from the Iran nuclear deal and the Trump administration’s decision to impose sanctions on Iran with a November deadline, we can now add Iran to the list.

On the upside, the most recent Manbij agreement could help bridge the gap between the two sides on the PYD issue. The news of investigations launched against FETO may calm, albeit to a limited extent, the Turkish concerns that Gulenists continue to operate freely in the U.S. against Turkey. On Iran, the most recent U.S. officials’ visit to Turkey might help avoid yet another confrontation between the U.S. and Turkey, similar to the one back in 2010 when Turkey voted against imposing sanctions on Iran as one of the non-permanent members of the United Nations Security Council. However, the most recent Congressional proposal that threatens Turkey’s access to some global financial institutions has put extra strains on the relationship.

In the above-mentioned conference, one overarching approach was that the U.S. and Turkey will be able to work through their disagreements as they have in the past. I subscribed to this idea as well but it does not mean that it will be easy. Turkey, as many other countries, has always found it easier to deal with the Executive branch rather than Congress since certain anti-Turkey lobbying groups have a strong influence on the Hill. The absence of a sufficiently large politically active pro-Turkey Turkish constituency in the U.S. has often been a disadvantage for Turkey’s views to be heard on the Hill. In the current situation, Congressional action driven particularly by the Brunson case is creating risks for the health of the ongoing U.S.-Turkey conversations over a variety of problem areas.

President Erdogan and President Trump seem to get along well and that could be a plus for the relationship. However, we cannot overlook the longstanding disputes coupled with a continuing strategic divergence over the PYD issue, which Turkey considers a national security threat. The Manbij agreement certainly helped to come to a common understanding on the northern Syrian city but it remains uncertain if it can be extended to the areas east of the Euphrates. Furthermore, it is a concern for Turkey that the PYD is seeking to cut a deal with the Assad regime to hedge its bets if the U.S. pulls out eventually. The U.S. has not articulated a clear policy on the PYD or about what it seeks to accomplish in northern Syria in the post-Daesh period.

The U.S.’ relationship with Turkey continues to lack a solid policy framework although it benefits from established institutional ties and more robust engagement recently. The new Iran strategy may spell trouble for the relationship if the U.S. ignores Turkey’s concerns. In the absence of a broad framework for the bilateral relationship, we may end up experiencing a rehash of the 2010 disagreement over Iran, which may undermine limited progress in other areas.

The U.S. and Turkey can and most likely will work through specific policy issues but the current uncertainties can certainly destabilize the relationship once again. Both sides have a strong interest in avoiding such a scenario and deepening the strategic conversation will be ever more important to overcome potential spoilers.