The Arab World is now split in two camps: those who support constitutional political processes, pluralism and inclusive politics, and those who back counter-revolutionary forces, which aim to stop the spread of democracy and preserve authoritarianism at all costs. 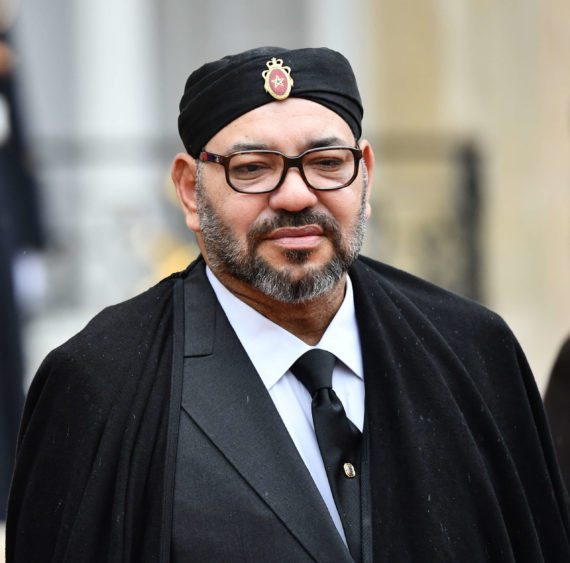 King Mohammed VI of Morocco leaves the Elysee Palace after the international ceremony for the Centenary of the WWI Armistice of 11 November 1918, in Paris, France on November 11, 2018. Anadolu Agency

Morocco’s foreign policy is at a crossroads. The Kingdom is already allocating more attention to West Africa, and there is a combined sense of apprehension and fatigue of perfidious Arab politics. Morocco’s decades-old alliance with Saudi Arabia and the United Arab Emirates (UAE) is going through many bumps, which led to a re-evaluation of its strategic posture vis-à-vis many conflicts, such as in Yemen and Libya.

Several multi-layered factors are seemingly behind such repositioning. Chief among them is the post-Arab Spring trajectory. Faced with waves of protests in February 2011, Morocco’s King Mohammad VI decided to deal with the protestors’ demands via dialogue and constitutional reforms, undertaking some significant reform initiatives while also co-opting different activists into the political system. Such a political move helped to stabilize the country, which managed to stand above the political fray in the Middle East and North Africa.

Morocco’s decades-old alliance with Saudi Arabia and the United Arab Emirates is going through many bumps.

In contrast, the Saudi/UAE axis chose to follow a different path. Blinded by hubris and the fixation on stopping democratic progress in the region, the axis implemented a bellicose agenda, inflaming conflicts in the process. In Morocco, media reports suggest that the UAE meddled in the internal affairs of the country to undermine the Party of Justice and Development (PJD). Elsewhere, the axis fomented coup d’états (e.g. General el-Sisi in Egypt) and supported counter-revolutionary movements (e.g. warlord Khalifa Haftar in Libya) and terrorist groups. Such an aggressive course of action transformed the Arab uprisings from peaceful demonstrations to civil wars, such as in Yemen and Libya.

In the latter case, Moroccan diplomacy achieved a historical diplomatic milestone, leading key warring parties to sign a peace agreement on December 17, 2015, in Skhirat, Morocco. This pact led to the establishment of the Government of National Accord (GNA), which was subsequently endorsed by the United Nations Security Council. The GNA went on to secure the recognition of the international community as Libya’s legitimate government.

Enjoying the support of Saudi Arabia, the UAE, Egypt, France and Russia, warlord Khalifa Haftar, who commands a ragtag army of former Gaddafi loyalists, tribal forces, Salafi militias and mercenaries, rejected the Skhirat peace accord. Haftar has other plans: he aims to rule over the country by sheer force of arms instead of seeking political solutions. Conversely, the UN-recognised government in Tripoli continues to adhere to the Skhirat agreement, which remains in their view the framework and basis for any political solution in Libya.

Morocco, Algeria, and Tunisia, key countries in North Africa, chose the path of neutrality. Morocco proposed to mediate between Qatar and the blockading countries.

The adherence to the UN-sponsored peace process (or lack thereof) has a substantial bearing on why there is little love lost between Rabat (Morocco’s capital) and Haftar. Another episode contributed to exacerbate the situation. Libya became yet another stage, in which the Gulf crisis unfolded. Key countries in North Africa (Morocco, Algeria, and Tunisia) chose the path of neutrality, proposing – in the case of Morocco – to mediate between Qatar and the blockading countries.

The Moroccan King even flew to Qatar on November 12, 2017, to find solutions to the crisis. However, such a nuanced approach was not to the liking of the impetuous leaders in Riyadh, and since then Saudi provocations against Morocco multiplied. The fact that Morocco, like Turkey and Qatar (the arch nemeses of the Saudi/UAE axis), have been supporting the UN-recognised government in Libya has created an additional layer of frictions between Morocco and the Saudi/UAE axis.

Moreover, Moroccan authorities are also suspicious of El-Sisi’s designs in Libya, which, if implemented via Haftar, could have considerable spillover effects on the stability of the Maghreb region.

Back in 2013, an Egyptian military officer, who served as part of the peacekeeping force under the United Nations Mission for the Referendum in Western Sahara (MINURSO) was caught on tape inciting Sahrawis to revolt against Morocco. Since then, additional reports emerged about the coordination between Egypt and pro-Polisario circles to challenge Moroccan interests. Therefore, if Haftar gets the upper hand in the country, he would likely continue such practices. He could even, like Gaddafi, provide funding and armed support to anti-Moroccan forces. Such policy would present an existential threat to Morocco’s sovereignty and territorial integrity.

If Haftar gets the upper hand in Libya, he could, like Gaddafi, provide funding and armed support to anti-Moroccan forces.

Rabat is arguably also worried about Haftar’s reliance on armed Salafi Madkhali units to expand his control. Morocco is a key regional player in the Islamic religious realm and aims to position itself as a focal centre of Islamic learning. In this context, Rabat has been active in West Africa and the Sahel for decades, promoting its religious “brand.” The latter combines Sufism, Maliki School of Islamic jurisprudence and tolerant teachings. This orientation has been officially endorsed as part of Rabat’s “pivot to sub-Saharan Africa” policy. Thus, if Haftar prevails in Libya, the latter will most likely turn into a Salafi Madkhali hub in Africa, in collision course with Morocco’s religious strategy in the continent.

Because of the destabilising policies pursued by the Saudi/UAE axis, the Arab World is now split in two camps: The first one includes forces that seek to establish constitutional political processes, pluralism, inclusive politics, and the prevention of any downward spiral into violence. Conversely, the second camp consists of the so-called counter-revolutionary forces, which aim to stop the spread of democracy and preserve authoritarianism at all costs, bringing devastation and mayhem to the entire region.

While Morocco features prominently in the former group, the Kingdom’s foreign policy towards Libya is also in sync with its diplomatic, political, security and religious concerns. Evidently, this course of action has heightened tensions between Rabat on the one hand, and Riyadh and Abu Dhabi, on the other hand. In the end, the benefits of Rabat’s principled and cohesive policy largely outweigh its disadvantages. 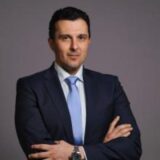 Dr. Tarek Cherkaoui is the Manager of the TRT World Research Centre. He is the author of ‘The News Media at War: The Clash of Western and Arab Networks in the Middle East’ (I.B. Tauris, 2017). He holds a PhD in media and communication studies from the Auckland University of Technology (New Zealand). His broader research themes include international relations, public diplomacy, news framing, and media-military relations—specifically within a Middle Eastern context.