Unfortunately, it seems that little has changed for the 6 million Muslims living in France. The racist vein of the Old World is seemingly pulsating on both banks of the Rhine! 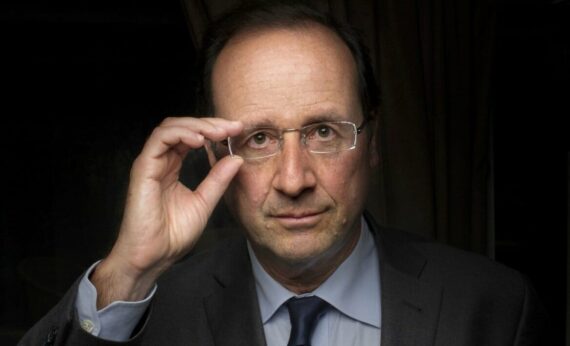 At the dawn of the next year’s presidential elections of 2017, two journalists wrote a book on the actions and opinions of the socialist president of France. The book is named, A President Shouldn’t Say That. Beneath the reviews, the president’s controversial statement resides: “Today’s headscarved woman will become tomorrow’s Marianne.”

How exciting, isn’t it? It sounds as though the president said, “the Muslim French women you constantly criticize today will become one of France’s symbols in the future.” If this was the case, this message could have had a beautiful impact not only on France but on the whole world. Some French understood the president’s statement the way it sounded and, for that, they clamored. Whereas, in reality, the statement could only be backed up by Jacobins and extreme rightists. The president spills the beans just a couple sentences later: “If the headscarved women are allowed to cultivate themselves, they will be freed from captivity; ultimately, they will remove their headscarves and will become French.” In his view, the headscarved woman is an uncultivated captive who lacks what it takes to be French.

WorldBy Fahri Yavuz
It seems that François Hollande, who had a rather cautious discourse while talking about Muslims, at least up until said statement, eventually conjoined with his talkative partner, Prime Minister Manuel Valls, who never misses a chance to bash Muslims. They have conjoined both in rhetoric and style. If you remember, Manuel Valls made a scandalous statement, one among a myriad of scandalous statements on Muslims, in the past summer when some municipalities banned the burkini and the image of five policemen surrounding a woman clad in this item of clothing at the beach was widely disseminated. “The Republic’s symbol Marianne’s breasts are visible, because she breastfeeds the people. She also doesn’t have a headscarf, because she is free. This is what being a republic means.” Thus spoke the socialist prime minister. There are historians who argue that Marianne has nothing to do with breastfeeding. However, it seems that the prime minister already knew this; he probably just couldn’t say, “Well, a true woman would be topless at the beach.”It seems that Muslim women can become French more easily if they abide by Hollande’s criteria, rather than Valls’. If Muslim women are provided with the suitable conditions (conditions we are not privy to, as the president did not specify any), they will only have to remove their headscarves to become truly French. Considering that Valls demands that they should both remove their headscarves and their cloths, this seems to be the better option. Meanwhile, Luc Chatel, who is a member of Sarkozy’s party, had a different approach. During the burkini dispute, he said that France was “a country of freedom and miniskirts.” Well, if you want to be truly French, just pick one and voilà!

There are more quotes from the French president and they are not only about headscarves; he also said that there were certain issues with Islam. “No one has a doubt about it. I don’t want to say that Islam as a religion is dangerous. The issue is Islam is trying to establish itself as a part of the republic. If they don’t condemn radicalism and radical actions, and imams have an anti-republican discourse, it will be an issue.”

The French president seems to want Muslims to simply bury their beliefs deep within their selves as the principle of “leaving differences in the cloakroom and uniting under the republic” requires. Meanwhile, he also expects Muslims to vocally condemn every DAESH attack on the face of the Earth. They are already condemning these attacks, but it seems that this is not enough. It is obvious that those in power in France link Muslims with DAESH. However, they don’t expect the Jewish minority within France to condemn Israel’s every attack on Palestine (which would be the correct behavior). Moreover, many of the NGOs established by the Jewish community will condemn those who condemn Israel. Interestingly, this does not make them any less French.

On the other hand, how will the Muslims fight against radicalism? What is radicalism? If we are to consider what is being argued, the scope of radicalism is so wide that it even includes wearing a headscarf! Looking at the statements of leftists, intellectuals and politicians, including the prime minister, along with some ministers, Islamophobia is already normalized in France.

This year, Laurence Rossignol, the Minister for Families, Children and Women’s Rights, said the following about the headscarved women: “Once, there were blacks in the US advocating slavery, headscarved women are just like them.” After being criticized severely, she said that the statement went beyond the intended purpose and it was only a slip of tongue (perhaps a Freudian one); however, the blacks and headscarved women did truly understand what she meant.

A French philosopher and feminist by the name of Elizabeth Badinter followed Rossignol’s trend. Hearing that Marks & Spencer was selling the burkini, she called for people to boycott all fashion stores that provided Muslim women with an option for clothing. In her interview in Le Monde, she said that she was comfortable with being called an Islamophobe after calling the boycott and added that no one should shy away from being called such. Well, it is clear already that no one is shying away from it and it is not even considered a hypocrisy. Moreover, Plantu, a known leftist cartoonist of Le Monde, likened headscarved women to suicide bombers. In the cartoon, a headscarved woman, who was standing beside a shocked woman, was showing the dynamite belt on her waist, while asking fashioners, “when will you be making such a model.” Former Minister of Justice Robert Badinter, the spouse of Elizabeth Badinter, who is known for abolishing the death penalty, is currently working on draft labor acts that are expected to come into effect in 2017, which will limit religious freedoms in workplaces, directly targeting Muslims.

The socialist government is trying to invent a “French Islam.” A foundation was established and Jean Pierre Chevenement, former chairman of the Citizen and Republican Movement and former Minister of the Interior, was appointed as the head of the foundation. Chevenement seemed to be giving hope at first: “France is no longer a country in which Muslims are forced to pray in wine cellars and parking lots. There are around 2,500 mosques and religious facilities in France. Muslims have the right to practice their faith in complete freedom.” Then, he spoiled it: “However, these are hard times. They shouldn’t accentuate themselves in the public.”

They are actually saying “the same thing.” Muslims who came into France in the 1970s from the former French colonies and are expected to return to their homelands at some point are being discussed on TV and in the newspapers, while the country is constantly being shaken by consecutive scandalous statements. There is no need to talk about the Finkielkrauts, Zemmours and Houellebecqs. If they were commenting on Jews in the way that they do now on Islam and Muslims, they would have already been accused of anti-Semitism. Think that President Hollande expressing his opinions not about a Muslim women but a Jewish Orthodox one, ‘… captives, to be freed from …’

People who do not believe that burkinis and headscarves are a part of radical Islam are the minority. Moreover, Muslims not eating pork, demanding halal food to be served in school cafeterias and praying are all problematic. You can see and listen to the advocates of this notion on TV, or you can read their views in the newspapers. However, no one is concerned about the Jewish kosher, the long skirts and kerchiefs of their women, men’s gowns, long beards or the kippas. No one; not kindergartens, which are ruled according to religious principles, not the French, and not even the non-believing Jewish intellectuals.

No one is saying that Jewish women, who are to walk behind their husbands and can only greet their husbands’ friends from a distance, are “under captivity.” These are all rituals. This is because all pious Jews are categorized as Orthodox Jews in the Western literature, not only in France. However, when it comes to Muslims, everything that defines their religion (except for fasting, probably because this also exists in Christianity) is regarded as radical, rather than orthodox. Radical implies that they are potential terrorists. In this way, the discourse of politicians and intellectuals becomes the people’s discourse. Hearing all these discourses on radicalism, the French people are becoming afraid of Muslims by the day. Turkish writer Adalet Ağaoğlu says, “Fascism starts only with a glance,” and this seems to be valid. There are people glancing at schools, in the workplace, on the streets, everywhere in France. Islamophobia spreads in a top-down fashion, not bottom-up. If it was specified that Muslim women wear headscarves as this is what Islam dictates, similar to the Jewish women, so much could change. But, who really cares?

Seventy years ago, Jews were the “enemy” in France; now it is Muslims. At that time, Muslims were living on their own lands, but under French rule, not in France. In Algeria, for instance, Muslims were considered “semi-citizens”, and to become full citizens and acquire passports, they had to renounce their religion. Unfortunately, it seems that little has changed for the 6 million Muslims living in France. The racist vein of the Old World is seemingly pulsating on both banks of the Rhine!