Not only Brexit but the rise of populist movements almost everywhere paired with very vocal desires to have more say at home instead of furthering what is often perceived as an EU super state in the making may have Brussels perhaps think twice. 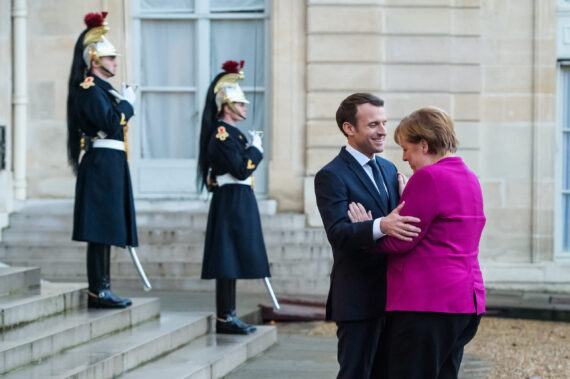 About a year ago in early March of 2017 a debate kicked off in earnest which only half a decade earlier would still have resulted in its promoters at best being sidelined, at worst removed from the public eye in their respective political parties – at least with regards to this and probably all other EU-policy making related topics. Most definitely so in central and western Europe, less so if ever in the United Kingdom!

At stake back then: asking the no-no question in the Brussels’ corridors of power; a ‘no-no’ automatically resulting in a reaction alike a father shaking his head whilst looking at his child who just did something wrong; in this context, a response of disbelief to a rather risqué question along the lines of ‘is it not better to allow for a European Union at two, perhaps even more speeds?’

Now things could not have changed more dramatically. A certain air of alarm is surrounding Brussels’ power centers – that is certain. Not only Brexit but the rise of populist movements almost everywhere paired with very vocal desires to have more say at home instead of furthering what is often perceived as an EU super state in the making may have Brussels perhaps think twice.

If a personal reflection is allowed: me and my generation are most naturally deeply grateful for the fact that what used to be the EEC, then EC, thereafter EU guaranteed a safe, peaceful upbringing in the middle of Europe which only fifteen years before my baby-boomer generation’s first wave of millions of births was at war with each other! Yet there is growing unease amongst many segments of the European population and to label each and every citizen who doubts an ever closer political Union as being extremists is nothing but standard arrogance. Which in turn will only steadily increase the share of far-right and far-left movements’ votes, only aiding those intent on destroying a modern peaceful spanning all-Europe society!

So has multispeed become trendy?

Commentators same as politicians must reflect on public mood shifts as and when required. Hence, facts first: recent comments made by German Chancellor Angela Merkel, and only last week by Austrian Chancellor Sebastian Kurz, about whether it is not better for the EU to focus more on items best suited for a transnational solution, but leave some, or indeed many other policy making items to the regions and member states. Whilst this does not automatically imply a multispeed EU it is a repeat of what was said during the year 2017; together with my following quotes it at least hypothetically redefines the principle of subsidiarity.

Hence to put matters into a wider frame let us briefly travel back in time, first revisiting 7 March, 2017. As EU Observer duly reported on that day (euobserver.com; EU’s big four back ‘multi-speed’ Europe) leaders of Europe’s largest economies France, Germany, Italy and Spain whilst meeting each other, German Chancellor Angela Merkel was quoted as saying: ‘We need to have the courage for some countries to go ahead if not everyone wants to participate. A Europe of different speeds is necessary, otherwise we will probably get stuck.’

Moving on five months and arriving on 30 August, 2017, the same EU insight publication ran a story titled ‘Macron revives multi-speed Europe idea’ wherein the French President was quoted having said ‘We have to think up a Europe with several formats, go further with those who want to go forward, without being hindered by states that want – and it is their right – to go not as fast or not as far.’

But what could have triggered such a U-Turn?

The EUR-Lex website, the EU’s very own Access to European Law – portal, defines a multispeed Europe as follows: ‘Multi-speed’ Europe is the term used to describe the idea of a method of differentiated integration whereby common objectives are pursued by a group of EU countries both able and willing to advance, it being implied that the others will follow later.’

Hence we detect a certain disagreement EU internally: the leading EU engines so to speak, both France and Germany, and now other nations, too, question the functionality of a one speed EU whereas the EU legal database itself still proclaims that even if a multispeed EU is declared it only means those not following now will follow later. Think Brexit and we realize that this was, and is nothing but wishful EU jargon thinking.

Neither integrationists wish to see a new feudal type of mini fiefdoms instead of a strong EU. Nor would Brexiteers or defenders of more powers being given back to the regions wish to see that scenario either. All want prosperity, trade, peace, stability, welfare besides many other core values same as my very own baby-boomer generation as mentioned above. But as it seems a pure integrative model without allowing for dissent to be heard and without accepting people’s wishes before far right (or far left) movements figuratively speaking collect them at the ballot box is no longer the best solution.

Brexit will not happen before March 2019, if a further negotiation phase is agreed upon not even before March of 2021. A new EU budget will enter into force only early in the third decade of the New Millennium, too. It is negotiated from 2018 onwards and enters into force post-2020.

If we then further consider cooperation on various regional levels, the Visegrad Four Group (Slovakia, Poland, Czech Republic, Hungary) must be mentioned; one should further discuss the Nordic Council although it comprises non-EU member states as well; and perhaps a post-Brexit UK-Republic of Ireland (customs and border) deal is in the making – could an EU at various speeds yet modeled after existing regional forms of cooperation win the upper hand?

Phrased differently: unless there is another referendum in the United Kingdom which looks extremely unrealistic, Brexit is going to happen – so will there be a new version of a (trans-) continental Europe? A core including the Eurozone, a wider group with some political decision making agreements and trade but no complete harmonization and integration, and then a third layer or circle basically based on a free trade agreement? Or would this spell the end of modernization and peace and prosperity for Europe?

From a candidate country’s perspective of a nation as big and influential such as Turkey one might actually suggest that whatever the outcome, Turkey belongs to the core group unless adopting the Euro will be mandatory for becoming a core group member; whether Turkey would want to switch to the Euro would need be discussed in great detail. At least with regards to Turkey-EU relations multi-speed would have turned into one speed, if everyone pulling in the same direction.