While Suu Kyi has stated that the Rohingya can return, there are concerns that the atrocities committed by the security forces and Buddhist mobs may continue. 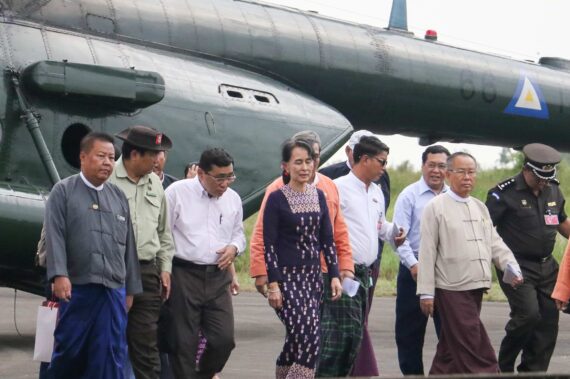 De-facto leader of Myanmar, Aung San Suu Kyi, has visited Rakhine state for the first time since 2015. Her previous visit was part of her election campaign strategy, in which she visited areas where there was no violence or conflict.

The fact that former Nobel prize recipient San Suu Kyi had not reacted to events described by the UN as a “textbook ethnic cleansing” had been heavily criticized.

The UN documented lootings of homes and villages, brutal beatings and losses, events such as gang rape, deaths – involving infants and young children – committed by security officials. In their report, UN investigators stated such violations may have reached to an extent where they constitute a crime against humanity.

Suu Kyi, on the other hand, has argued that the region can only be restored with the help of investments and development. Still, international aid agencies are restricted from entering the affected areas.

Hundreds of thousands of Rohingya are not recognized by Myanmar and are not given passports, practically making them stateless. Those fleeing violence have taken refuge in Bangladesh, where they have remained in a precarious situation since August.

The Myanmar administration has denied the allegations of “ethnic cleansing” and claimed that security forces have taken measures only as a result of the Rohingya’s attacks on security posts.

During her visit, it was also noted that Aung San Suu Kyi did not mention anything about the hundreds of thousands of immigrants who are currently located on a buffer zone between Myanmar and Bangladesh.

While Suu Kyi has stated that the Rohingya can return, there are concerns that the atrocities committed by the security forces and Buddhist mobs may continue.

Ali Hossein, a top government administrator in Bangladesh’s most affected Cox’s Bazar explained that his state is doing “more than enough” and blamed Myanmar for not taking action to start a repatriation process.