Iraq has a chance to achieve a much needed national reconciliation, if political groups exhibit a true will to do so and receive the needed external support. 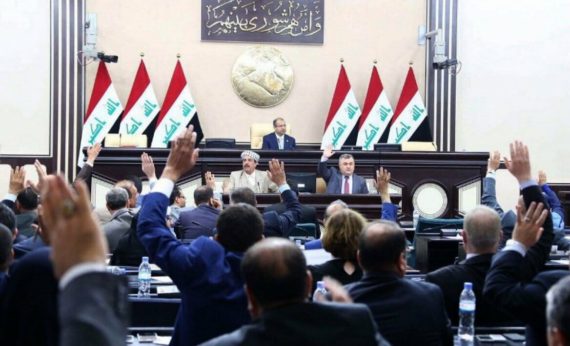 On Oct. 31, 2015 the Iraqi National Alliance, a front of Shiite political groups, announced that they are in the process of drafting an important document called the “Historical Settlement.” On February 6, 2017, Ammar al–Hakeem, the leader of the Alliance, stated that the project is the result of intensive and constructive talks with all Iraqi groups and has the backing of regional stakeholder governments. Moreover, the United States and the UN will have a role in it too, and it will be announced after the end of the war against DAESH. Thus, the UN Assistance Mission in Iraq (UNAMI) will draft the final version of the Historical Settlement after the document is approved by both the parliament and the Cabinet and Iraqi parties agree to abide by it. UNAMI will try to convince regional institutions, namely the Arab League and the Organization of Islamic Cooperation to support the project. The document is to addresses key issues, including power and wealth distribution between the Federal government and the Kurdistan Regional Government (KRG), and the grievances of Sunni Arab provinces. The implementation of the Historical Settlement has many opportunities as well as insurmountable challenges, and to succeed Iraq needs to avail itself from the experience of other countries who have dealt with the same kind of divisions.

Iraq, like other countries which have witnessed dictatorship and civil war, is in need of a national reconciliation. Though Iraqi governments in the past have officially committed themselves to the achievement of national reconciliation, very few tangible steps have been taken so far. In 2003, the government of Ayah al-Alawi, the leader of Iraqiyah Bloc, and Nouri al-Maliki, who would serve as Prime Minister, officially committed their governments to the process, but no concrete steps were taken. As Prime Minister, Al-Maliki pursued sectarian and authoritarian policies which resulted in alienating Sunni Arabs and Kurds, and led DAESH to try championing the Sunni cause.

In July 2014, Haider al-Abadi came to power as prime minister with a promise to curb corruption and broker national reconciliation. However, his efforts were hindered by the pro-al-Maliki group and the rising power of al-Hashd Shaabi, Shiite militias which have Iranian backing. Those Shiite militias have taken very uncompromising steps. Besides, pro-Iranian political circles used their best to prevent the formation of a National Guard in Sunni Arab majority provinces, and they made the long awaited Amnesty Law, which was passed in the parliament on August 2016, toothless and too late. For these reasons, even if DAESH were to be expelled from the cities, the grievances of Sunni Arabs will continue.

Through Iraq’s distant and modern history, it is evident that its diverse ethnic, religious, and cultural communities have succeeded in peaceful coexistence and intermixing. Unlike many other countries, where Shiites and Sunnis live apart, before the effects of the 1979 Iranian Revolution, Shiite and Sunni Iraqis lived in integrated communities in many mixed regions, especially in Baghdad. There are several powerful tribal confederations which have a mixed Shiite and Sunni membership. These are potential resources, which need to be tapped in for reconciliation. For example, in 2007 a group of facilitators from the US Institute of Peace (USIP) in the district of Mahmoudiyah, an area south of Baghdad which was known as the “Triangle of Death,” helped to broker a reconciliation pact through tribal chieftains from Sunnis and Shiites that still endures. This experience needs to be generalized to other regions in Iraq. Besides, the implementation of the stated policies of US president Donald Trump with regard to the curbing of Iran’s undue influence in Iraq and al-Abadi’s imminent victory against DAESH will have a combined impact of weakening the al-Maliki camp and pro-Iranian Shiite militias. These will give national reconciliation internally a great momentum.

The most serious challenges to national reconciliation are the lack of trust among various Iraqi groups, the exclusiveness in the nature of some influential elements on both sides, structural flaws in the post-2003 government, Iranian interference in Iraq, and the lack of a determined will to have reconciliation. After the US invasion, Iraqis agreed to form governments of communities, instead of government of citizens, as a power-sharing formula. Since 2014, al-Maliki’s group, supported by Iran, has been calling for the formation of a government of a “political majority.” In reality, al-Maliki is trying to use democracy to establish the government of a Shiite majority to the exclusion of Sunnis (Arabs and Kurds). In addition, al-Abadi’s inability to live up to his government program with regard to the Kurds has forced the Kurds to distrust Shiite politicians in Baghdad. During the first week of February, al-Hakeem visited the KRG to sound them out on his project. He received a cold response from their leaders, who have mostly opted for separation from Iraq and waiting to see what Trump’s future policy on Iraq will be.

These and other challenges have been spelled out in a well-written piece by Nazli Tarzi in the Middle East Eye. Tarzi rightly points that there is a lot of vagueness in the project and it has been drafted in the dark unilaterally by Shiite groups. It is not so inclusive either. But all these challenges could be overcome, if al-Hakeem’s proposed document was to be discussed openly with prominent Sunni groups and the international community lends its support to it.

Turkey and Iran have many stakes in its success and they should and could play an important role in this regard. Joost Hiltermann of the International Crisis Group in a 2007 report, and more recently the al-Bayan Center for Study and Planning, an Iraqi think tank based in Baghdad, have prepared projects for national reconciliation which reiterate the same points: the complex nature of the conflict in Iraq has reached a point where an international and regional intervention is necessary. Iraq needs to upgrade the role of Jan Kubis, the head of UNAMI, from that of good will ambassador to that of an arbiter. The US also needs to use its influence and leverage among all communities in Iraq for this purpose. Turkey, Saudi Arabia, and Jordan must put pressure on Sunnis (Arabs and Kurds) to show a readiness for a historical compromise to achieve a durable and lasting peace. Iran has to be pressured to exercise a positive influence on Iraq’s Shiites. Except for a few extremist groups, the war-weary majority of Iraqi groups are now ready to accept this.

And the Iraqis need to benefit from other countries which had experienced civil wars. The formation of a body in Iraq similar to the Committee of Truth and Reconciliation, which was established in 1990 in South Africa, for example, is noteworthy. This Committee addressed the needs of the victims of the Apartheid regime by recognition and remedies instead of revenge and punishment. It convinced the perpetuators of the crimes to admit and apologize for their deeds. The new constitution of 1996 guaranteed the rights of black majorities and safeguarded that of white Afrikaners.

Traditional and tribal institutions were utilized to bring harmony to the conflict-torn country. The hastily drawn Iraqi constitution of 2005 needs to be amended to address the needs of Sunni Arabs. The controversial practice of de-Baathification should be reversed and de-politicized and be left to the judicial authorities. The controversial current Iraqi laws and regulations on terrorism have to be either eliminated or amended to exclude its future abuse. The high-ranking Iraqi religious authorities among Sunnis and Shiites need to act as peace-makers similar to the role South-African Archbishop Desmond Tutu played. Furthermore, the issue of disputed territories and control over oil and gas revenues with the KRG needs to be addressed by resorting to a third-party for mediation, as well as the Supreme Court of Iraq.

Iraq has a chance to achieve a much needed national reconciliation, if political groups exhibit a true will to do so and receive the needed external support.

Also Read
The 2016 Elections in Iran