NATO Emphasizes Unity without Consensus but China May Change This

The London summit showed that NATO still suffers from trying to emphasize a common understanding of security for all member states. 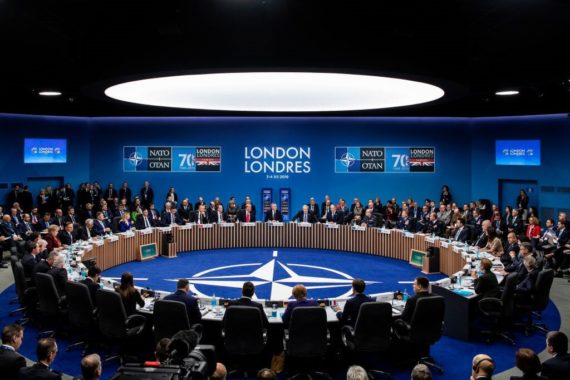 The NATO Summit in London has ended, but its outcomes are still a main topic of discussion for member countries. Since the main issue of concern was the future function of NATO, to save it from being “brain-dead”, as President Macron put it, the outcomes of the Summit have attracted the attention of the public as well as decision-makers. However, the final declaration of the Summit was far away from resolving all ambiguities related to the organization.

Nevertheless, the Summit did not answer the question of how NATO would provide security for all members while its members had conflict of interests among each other. When the ongoing conflicts between Turkey and Greece in the Eastern Mediterranean issue was put to the NATO Secretary-General Stoltenberg, he stated that NATO was not part of the process to resolve issues between two countries. Indeed, this position clearly contradicts the final declaration of the Summit, and does not clarify the role of the organization when disputes arise between the member states.

Furthermore, the Summit could not draw a road map for renewing the function of NATO in the changing global order. The final declaration shows that unity against Russia’s “aggressive policy” is still at the top of the agenda for the organization. Moreover, the Summit paid attention to another rising challenger from the Far East, China, for the first time in its history. Although China’s increasing role in the defense industry and investments in 5G technology had been perceived as a challenge against NATO’s influence, NATO officially acknowledged this issue for the first time. “We recognize that China’s growing influence and international policies present both opportunities and challenges that we need to address together as an Alliance”, stated the final declaration. Thus, NATO seems to be paying more attention to China’s increasing role in the global order.

As well as these structural problems, the NATO Summit also could not meet expectations in resolving ongoing problems on the ground. The issue of foreign Daesh fighters was one of the topics leaders discussed during the summit. But, the sarcastic dialogue between Trump and Macron showed that European countries are maintaining their position of refusing to accept the return of foreign fighters. “Would you like some nice ISIS fighters? I could give them to you. You could take everyone you want,” asked Trump to Macron, but could not get a positive response.

Overall, the London summit showed that NATO needs a more strategic approach to set long-term goals in a changing world order. It still suffers from trying to emphasize a common understanding of security for all member states without establishing a unified understanding of what that common threat might be. Whether China will fill this gap or not will be understood in the following years.