NATO posts another apology to Turkey

NATO Secretary-General Jens Stoltenberg hailed Turkey as an important ally for NATO: "Turkey is contributing to the alliance in many different ways, in the fight against terrorism bordering Iraq and Syria." 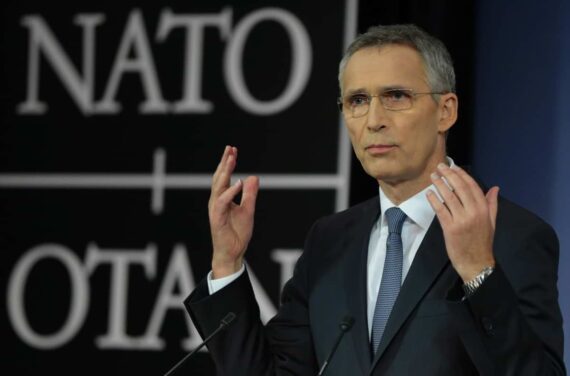 Faced with intense response from Turkey, NATO is still fumbling to give clarifications about the Norwegian incident which had insulted Turkish President Recep Tayyip Erdogan and the founding father Mustafa Kemal Ataturk.

While speaking in a news conference in Brussels on November 23, NATO Secretary-General Jens Stoltenberg admitted once again that he had apologized over the phone to Turkish President Recep Tayyip Erdoğan.

Turkey had sent 40 of its officers to participate in NATO’s Trident Javelin exercise in Norway last week. A Norwegian official had depicted the Turkish leader Erdogan as an “enemy collaborator” and Turkey’s founder Mustafa Kemal Ataturk was shown in the “hostile leader list” during a computer-assisted exercise. Erdogan has called it a scandal, an insult to the Turkish “nation.”

Reassuring Turkey that such an incident will not happen again, the NATO chief said, “I’m now also looking into the procedures to make sure that something like this not to happen again.”

“I also met with the minister for EU affairs [Ömer Çelik] and his chief of staff [Hulusi] Akar in Halifax this weekend and I expressed my apologies to them for the offenses caused. I also reassured them that our military authorities are now looking into how to make sure that something like this does not to happen in the future,” he added.

The chief hailed Turkey as an important ally for NATO: “Turkey is contributing to the alliance in many different ways, in the fight against terrorism bordering Iraq and Syria.”