Approaches such as liberalism, mercantilism or protectionism should not be viewed from an ideological perspective but should be appreciated as basic policy instruments serving national interests. 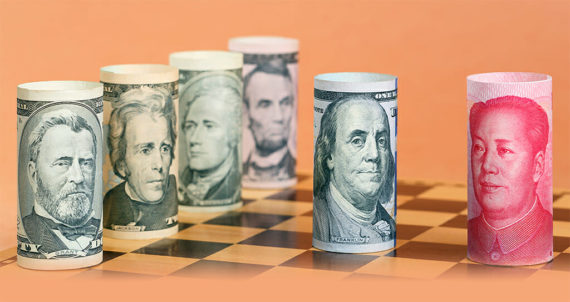 Published by the SETA Foundation and written by Sadik Unay and Serif Dilek, “Neo-Protectionism and Trade Wars” seeks to address neo-protectionist measures that have emerged following the Global Financial Crisis. Taking into account the changing trend of protectionism practices, which find themselves on the agenda in the context of the political and economic crises that have emerged on the global level, the analysis provides an extensive evaluation of “neo-protectionism” trends. The steps taken by industrialized countries during their development process reveal that “protective trade policies” are critical thresholds of success stories. As illustrated by the recent decision made by U.S. President Donald Trump to increase the customs duty on imports of solar panels and washing machines up to 30 percent, conservative policies will take up much of the global economy agenda.

In the last quarter of the 20th century, rather than approaches that require intense government intervention, free trade has increasingly been adopted for socio-economic development and growth. This also draws attention to the widespread adoption of murky protectionism. The analysis reflects on how the slowing down of the liberalization of trade caused countries not only to isolate themselves but also to adopt protectionist policies. It is emphasized that the discourse of liberal commercial integration in the enlargement periods of the world economy are transformed into cyclical demands of regulatory and protectionist demands in times of contraction and crisis.

The analysis underlines how there has been an increasing level of protectionist understanding within the G20 countries.

The analysis evaluates the rise of Neo-protectionism in the post-global financial crisis atmosphere, recent examples of its practices and trade and currency battles. Specifically, the analysis underlines how there has been an increasing level of protectionist understanding within the G20 countries. The on-going race between states in the fields of industry and new technology are inherently an extension of a multidimensional and global power struggle.

Hence, it can be observed that in the post-global economic crisis, where the discourse of free trade in the global economy has abated and where right-wing movements have been increasing their power, “economic nationalism” approaches and neo-protectionist policies have increasingly been occupying the international agenda. The United Kingdom’s decision to leave the EU (Brexit), Donald Trump’s adoption of a more fierce foreign policy and his appreciation of an economic competition discourse, and the increasing centralization of right-wing movements in European politics reflects the fact that the desire to race for liberal values on the international sphere has dissolved.

Turkey ought to utilize neo-protectionist strategies in order to adapt and to survive trade and currency wars in an era in which science, industry and technology policies and public activism are on the rise.

This study by Unay and Dilek concludes that approaches such as liberalism, mercantilism or protectionism should not be viewed from an ideological perspective but should be appreciated as policy instruments serving national interests. The analysis highlights how in the new era the international system will increasingly witness trade, science, industry and technology wars, rather than being occupied with conventional warfare. More, the analysis illustrates how states have diverged from solely resting on hard power to adopting soft and smart power in their race to project their power. The authors suggest that similar to emerging economies, Turkey ought to utilize neo-protectionist strategies in order to adapt and to survive trade and currency wars in an era in which science, industry and technology policies and public activism are on the rise.

The PDF of the analysis can be downloaded at: https://www.setav.org/analiz-yeni-korumacilik-ve-ticaret-savaslari/