The AK Party and the MHP maintain their cooperation without any significant problem. Nevertheless, the emergence of new parties founded by former AK Party members may create uncertainty in this two-block coalition. 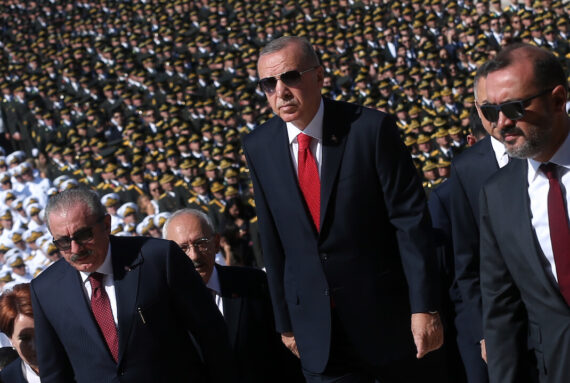 A new era in Turkish politics began in September 2019. After a series of long-lasting and uninterrupted elections, there is now a nearly four-year election-free period ahead of Turkey. It is important to discuss the main challenges and opportunities in Turkey’s domestic politics during this term, and to analyze rumors of a potential snap election as alleged by opposition parties.

The first and the most important political issue at the top of the agenda is the consolidation of the presidential system in Turkey. Although it was approved in the April 2017 referendum, Turkey officially switched to a presidential system after the June 24 elections in 2018. The evaluation of the first year under the new system shows that there are some emerging problems, especially in its implementation. The most prominent problem being a lack of coordination between policy-makers and practitioners. Furthermore, bureaucratic problems emerged due to ambiguity in the role and function of new institutions under the system. Moreover, the failure of civil servants in adopting to the new system in some cases show the need for further consolidation of presidential system.

Because of this reason, Vice President of Turkey Fuat Oktay, conducted a series of workshops with bureaucrats, politicians, academics, and journalists to discuss the current problems. The outcome of these workshops show that the main problem is rooted in the implementation stage. As a result, some detailed reports are being prepared that aim to consolidate the presidential system and solve current problems.

The second most important emerging issue in domestic politics is uncertainty over the future of established political alliances. Political parties in Turkey have been facing important shifts in their compositions, and the next four years will also determine the future of many political parties. For example, members of the Nation’s Alliance showed different reactions towards recent incidents in Turkish politics such as appointment of trustees and the HDP’s links with the PKK. Additionally, recent changes in the leading cadre of the Iyi Party will be critical for the party’s position within the Nation’s Alliance.

When it comes to the People’s Alliance, the AK Party and the MHP maintain their cooperation without any significant problem. Nevertheless, the emergence of new parties founded by former AK Party members may create uncertainty in this two-block coalition. Since there are few details about the program and leading cadres of these new parties, it is difficult to predict what their position will be in the new political order.

Indeed, all political parties will face the challenge of both broadening the sphere of their alliances and gaining the support of the masses. Since the next parliamentary and presidential elections are planned for June 2023, parties have enough time to determine their strategies to overcome these challenges. Nevertheless, in the coming period, the AK Party and President Erdoğan will also have the responsibility of solving some deep-rooted problems facing Turkey especially in foreign policy and the economy.  Their success in resolving these problems may be effective in gaining more electoral support from the masses in future elections.