No arms to PKK/PYD: Turkey awaits US to keep its word

Turkey is yet to come out of its decades-old fight against the PKK, and thus the creation and support for the PYD is supposed to be a great security threat for the country. 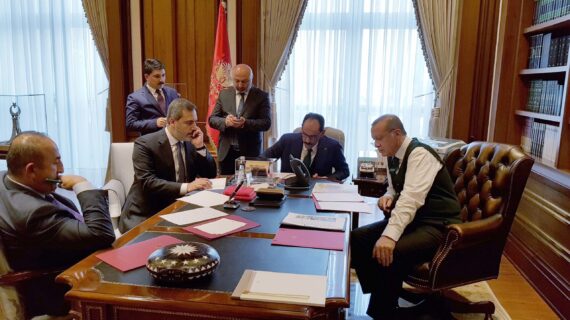 Turkey has not stopped forcing its demands on the US. Ahead of his visit to the UK, Turkish Prime Minister Binali Yildirm said on Sunday that the US must “immediately” stop supporting the PKK/PYD terrorist group. Yildirim recalled the US President Donald Trump’s pledge to stop providing weapons to the terrorist group that has complicated security issues for Turkey.

“Since the very beginning, we have said that it is wrong for the US to partner with PKK’s cousin PYD/YPG in the fight against Daesh terrorist group,” he said.

Insisting that the US must return to its “real allies,” Yirdirm said, “Our friend and ally [US] told us every time that it was not an option rather an obligation. Since Daesh is now eliminated then this obligation has disappeared.”

Of late the US began to support the PYD in the Syrian war, claiming to defeat Daesh, but Turkey expressed grave concerns against the move. For Turkey, which is bearing the brunt of many aspects of the Syrian war, including hosting nearly three million refugees, fending off terrorist attacks from Daesh, PKK and FETO, the PYD as a sister wing of the PKK is just another terrorist group bent to fight against the Turkish state. Turkey is yet to come out of its decades-old fight against the PKK, and thus the creation and support for the PYD is supposed to be a great security threat for the country.

On his two-day visit to the UK, Yildirim is expected to discuss different matters regarding Syria and Iraq with his UK counterpart. He will also be meeting members of the business community and media representatives during his visit. The meeting is significant as it takes place in the aftermath of the Sochi congress held last week.

Meanwhile, Turkish Foreign Minister Mevlut Cavusoglu also slammed the US for supplying arms to the PKK/PYD terrorist organization. He reminded the US president on Saturday to keep his promise regarding the issue.

“It is Turkey’s natural right to expect Trump to stick to his word not to give the PKK/PYD terror group weapons anymore,” Cavusoglu told reporters in Antalya.

On Friday, according to Cavusoglu, Trump called his Turkish counterpart Recep Tayyip Erdogan on phone and promised that “weapons will not be given to the YPG anymore and said that essentially this nonsense should have been ended before.”

Turkey will not tolerate terrorism

In a synchronized statement Turkish National Defense Minister Nurettin Canikli said on Sunday that Turkey will never tolerate terrorist threats. During the meeting of defense ministers of the Islamic Military Counter Terrorism Coalition (IMCTC) in Saudi capital Riyadh, he asserted that Turkey will take all the necessary measures against the PKK/PYD/YPG terrorist group.