No Meddling in Iraqi Politics: Turkey's Spot is on the PKK

The PUK’s candidate Barham Salih was elected as the new president of Iraq on Tuesday, 2 October, in an easy win over the KDP’s candidate Fuad Hussein (219 votes vs only 22). Many think this result became possible only after Iran cut a deal with the PUK. 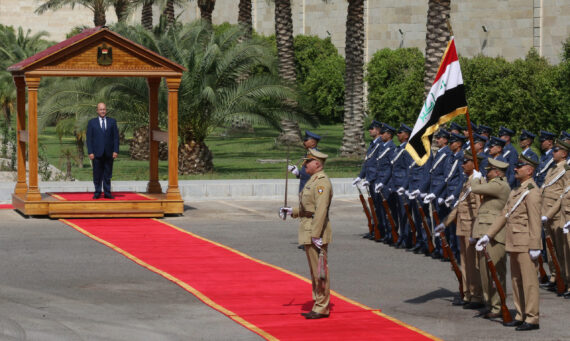 The long delayed Iraqi Kurdistan Parliamentary elections were finally held on Sunday, September 30th. According to the preliminary results, the Kurdistan Democratic Party (KDP) seems to increase its seats in the 111 seated (11 reserved for minorities) parliament from 38 to 45 compared to the 2013 elections. While the Patriotic Union of Kurdistan (PUK) also gained three more seats compared to the previous election, the New Generation Movement won seats in the regional parliament for the first time as it secured 8 spots. Interestingly, the total increase in the PUK and New Generation’s seats are equal to the number that the Gorran Movement lost.

The elections have not changed two simple facts regarding the political realities of the Iraqi Kurdistan Region. According to the results, as usual, the KDP is the winner – this time with a greater margin. The party received over half a million votes and 43.6% of the votes in the entire region. Hence, the KDP votes more than doubled its closest follower, the PUK votes. Nevertheless, there is a caveat to these results. The KDP finished the race in first place but with fewer votes than it received in 2013. This is because the turnout was as low as 57.3%

Not only did the KDP come first once again, but the bipolar structure of the region has been protected once more as the KDP and PUK continue to dominate regional politics. This has further deepened after Gorran weakened due to the death of its founding leader Nawshirwan Mustafa in May 2017. It seems that the lastnames Barzani and Talebani will remain the strongest institutions in the region. Even the controversial independence referendum that took place last year in September, which resulted in a loss of territories, has not changed the bipolar structure in the region.

In sum, the KDP came out of the ballot box quite strong and seemed likely to win the Iraqi presidential elections, a position that was reserved for the PUK candidate for the past 13 years. For that reason, the KDP competed with the PUK for this spot for thinking that it no longer needed to leave this office to the PUK. And this is the part where Iran steps in. The PUK’s candidate Barham Salih was elected as the new president of Iraq on Tuesday, 2 October, in an easy win over the KDP’s candidate Fuad Hussein (219 votes vs only 22).

Many think this result became possible only after Iran cut a deal with the PUK. The terms of this deal, if there is one, is not known to political analysts yet. But if there is a deal, it will not surprise any analyst with some sort of interest on Iraqi politics. Iran seems to be committed to keep the Iraqi Kurdistan region in its current bipolar structure, and, further, it has no intention to give up its influence on Soleimani, the PUK’s traditional stronghold.

What about Turkey then? Where is Turkey in this equation? The simple answer is, Turkey is not in it. Turkey seems to avoid being directly involved in Kurdistan regional politics, let aside the politics of Baghdad. Ankara shows no enthusiasm to call the game whether it is regional parliamentary elections, national parliamentary elections, or presidential elections in Iraq. It seems that the government is pretty much focused on one single issue in Iraq: the PKK.

Turkey shows willingness to cooperate with any actor in Iraq, whether domestic players or influential outsiders, such as Iran. What drives Turkey’s attention in Iraq the most is not who will be elected the next president, as this is more or less a symbolic spot anyway. However, it is whether Turkey will be able to continue its counterterrorism campaign effectively within the borders of Iraq, where PKK camps are located. Once again, Turkey is playing its cards open and is not after any twisted plot to call the game of politics in Baghdad or Erbil.