"The Secretary-General believes that any unilateral decision to hold a referendum at this time would detract from the need to defeat ISIL, as well as the much-needed reconstruction of the regained territories and the facilitation of a safe, voluntary and dignified return of the more than three million refugees and internally displaced people," Stephane Dujarric said in a statement, referring to the Daesh militant group. 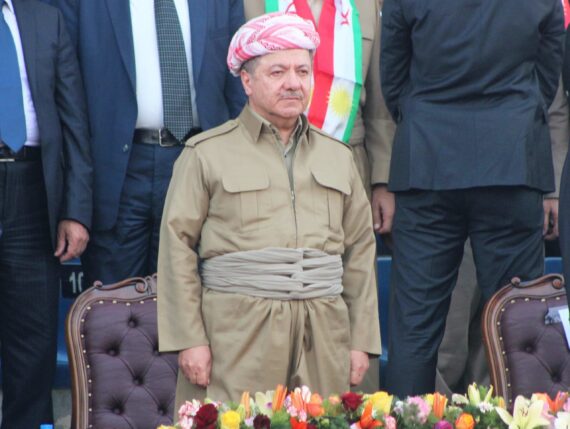 The independence referendum for Kurds in northern Iraq is set to take place on September 25 despite international disapproval. Masoud Barzani, leader of the Kurdistan Regional Government insists on pursuing the referendum knowing that neither Turkey nor the United States support the decision.

There have been many arguments as to why the two countries do not support the proposed independence referendum. While the US has been a long advocate of Kurdish autonomy, President Trump has stated that the timing of the referendum is wrong and that it will negatively affect the fight against Daesh. Moreover, he has called for the KRG to maintain diplomatic dialogue with Baghdad, something the US is willing to lead and observe.

Being a neighbor, the independence referendum will have a highly significant impact on the domestic and foreign politics of Turkey. Not only due to regional stability depending on the territorial integrity of Iraq, the domestic fight against the PKK also has the ability to be shaped by the independence referendum in northern Iraq. While relations between the KRG and Turkish state have been maintained on stable levels, the potential fear of the PKK hijacking an independent Kurdish state has always remained salient. Continuous remarks and warnings have been issued against the KRG from both President Erdogan and Prime Minister Yildirim, urging the KRG to defect from their decision to hold the planned referendum.

Other than Turkey and the US, the United Nations Secretary General has also warned against the Iraqi Kurdish referendum. Gutteres stated that the unilateral decision to hold the independence vote ‘would detract from the need to defeat Daesh,’ underlining the worries of Turkey and the US.

“The Secretary-General believes that any unilateral decision to hold a referendum at this time would detract from the need to defeat ISIL, as well as the much-needed reconstruction of the regained territories and the facilitation of a safe, voluntary and dignified return of the more than three million refugees and internally displaced people,” Stephane Dujarric said in a statement, referring to the Daesh militant group.

With the unilateral territory and sovereignty of Iraq at stake, Vice President Nouri al-Maliki warned the KRG of creating a ‘second Israel’ in northern Iraq. Israel has been the most prominent country in support of the referendum, as it sees a Kurdish state as an end to its own isolation in the region.

With the latest developments, the Iraqi Supreme Court has ruled to suspend the Kurdish referendum on Monday 18 September until it makes a final ruling on the case at the request of Iraqi Prime Minister Haider al-Abadi.

The office of the Iraqi PM Abadi said that he filed the court case against Kurdish President Masoud Barzani and the Kurdish parliament speaker Yousif Mohammed.

The statement said Abadi called on the court to not allow “any region or province to separate from Iraq.”

Also Read
A Charm Offensive: Turkey and France Reset Relations
We use cookies to optimize your online user experience. To learn about our use of cookies and how you can manage your cookie settings, please see our Privacy Policy. By continuing to use our site you are excepting our use of cookies.Accept Cookies & CloseMore Info