There is a general sentiment within Turkish society that volatility in the Turkish lira has its roots not in economy, but in politics, and is an economic extension to the slow motion war against Turkey waged by “subcontractor” terrorist organizations. 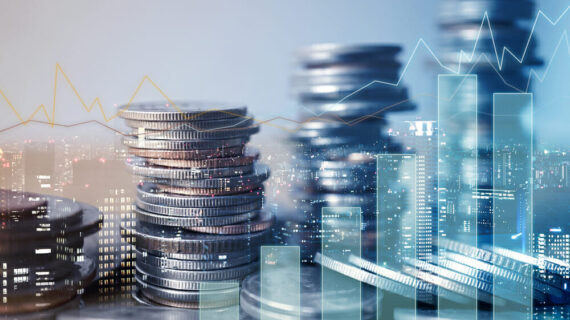 The Turkish economy has proved its resilience again and again in the last decade. First, having endured a sizeable contraction of 4.8 percent in terms of GDP in the aftermath of the 2008 global financial crisis, the Turkish economy has expanded tremendously by 8.8 and 9.2 percent in 2010 and 2011 respectively. Second, starting from 2013, different terrorist organizations, namely FETO (Gulenist Terror Organization), PKK, Daesh and DHKP-C, one after another, so to speak, have waged war against Turkey. However, the Turkish economy managed to grow by 3.3 percent a year on average from 2012 to 2016. Although this growth performance is weaker than the long-term average growth rate (4.7 percent) for the last six decades in Turkey, it is still a considerable performance given the bleak performance of the world economy and particularly the struggling European economy, not to mention the extremely dire situation in Syria and Iraq. Third, Turkey suffered a hideous coup d’état attempt by FETO on July 15, 2016, only to be crumbled in the hands of the Turkish people. However, once again, the Turkish economy proved its robustness: There was hardly any panic in the financial markets, no negative impact on the real economy nor deterioration in consumer confidence. It was amazing that the economy of a country, which had just lived through a coup attempt, was running as if nothing particular happened. The Turkish economic growth rate is expected to be well over 7 percent in 2017, the very year right after the coup attempt.

After a brief period of “silence” after the coup attempt, all of the aforementioned terrorist organizations resumed their attacks against Turkey mostly in the form of bombings. In addition, “stranger things” began to occur in the financial markets as of November 2016. The Turkish lira started to lose value against the U.S. dollar in a very “strange” way. It is true that national currencies of almost all emerging countries lost value against the U.S. dollar in November 2016 after the election of Donald Trump as the next president of the U.S. and because of the growing expectations that Fed would raise policy interest rates in December, which duly materialized. However, the Turkish lira lost more value than that of most of the emerging countries in that month. This was strange as the Turkish economy and financial system have been in good shape, as has been proved in the last decade time and again, and which can easily be seen in the “important” ratios such as the public debt-to-GDP ratio, which is only 28 percent in Turkey. More, Turkey is among the most successful countries in the world in terms of public debt-to-GDP ratio.

However, this financial attack was only the beginning. After a relatively calm December with a 4 percent loss of value, the Turkish lira plunged in the first days of 2017 – it had declined by 10 percent against the U.S. dollar in November 2016. In the first days of 2017, as of 11 January, it lost its value by an additional 10 percent. However, in the following months, the Turkish lira appreciated against the U.S. dollar, gaining more than the ground lost in the second financial attack, only to be followed by yet another attack that occurred between September and November 2017, in which the Turkish lira depreciated by around 25 percent, losing almost all gains made in real terms after the second attack.

The financial attacks against the Turkish lira between November 2016 and November 2017 were truly extraordinary in the sense that such volatility did not happen in years, if not decades. Moreover, such volatility needs a very good explanation, only there was none. Hence why it was very understandable that both Turkish society and politicians thought that high volatility in Turkish lira had nothing to do with economic fundamentals.

Therefore, it is no surprise that there is a general sentiment within Turkish society that volatility in the Turkish lira has its roots not in economy, but in politics, and is an economic extension to the slow motion war against Turkey waged by “subcontractor” terrorist organizations.