The inflation rate for November 2017 have been announced - an increase to 12.98 percent. The Consumer Price Index (CPI) increased by 1.49 percent from October to November. 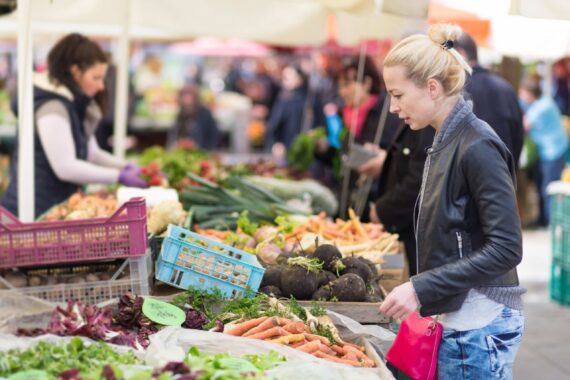 The inflation rate for November 2017 have been announced – an increase to 12.98 percent. The Consumer Price Index (CPI) increased by 1.49 percent from October to November.

Expectations in the market ranged between 1.1 percent and 1.25 percent.

The Domestic Producer Price Index (PPI) increased by 2,02 in November.

The highest increase in November was in the clothing and footwear group with 3.77 percent.

As for the main spending groups, the increase in food and non-alcoholic beverages is 2,11 percent, in transport it is 2,01, goods and services increased by 1,84 percent, and in housing 1,25 percent.

The group with the least monthly increase was alcoholic beverages and tobacco with 0.01 percent.

The highest annual increase was 18.56 percent in the transport group.

According to the same month of the previous year, food and non-alcoholic beverages were ranked as the main expenditure groups with 15.78 percent, various goods and services with 13.39 percent, household goods with 12.85 percent, and healthcare with 12.38 percent.

According to Prof. Dr. Umit Ozlale from the Ozyeğin University who spoke to the newspaper Haberturk; “We are confronted with the highest CPI and core inflation figures for the 2003 = 100 base series, which was launched in 2003. The CPI, which already surpasses the already high monthly expectations, is based on 13%, while core inflation, which reflects medium and long-term inflation trends better, is also over 12%.”

“The usual suspects that boost inflation are the same: food prices, which have rebounded steadily despite the drop in the previous month. It looks like we will end 2017 with an annual inflation of around 11.50%,” Ozkale added.

“These figures further strengthen our previous forecast for the 2018 monetary policy. The PPI reaching the highest level in the last nine years (17.3%) – due to the exchange rates on this level – signals that there will be no relief in inflation until the second half of 2018 due to cost increases.”

He also stated that the inflation rates are likely to remain at a two-digit number for a while.