OIC Economy: In Search of a Concrete Solidarity

OIC countries like Turkey, which have diversified industries, have the potential to perform a critical role in leading investment and technology collaborations within the group. Beyond the sincere political will required, OIC urgently needs to reduce its vulnerabilities and build solid economic structures for a more concrete solidarity. 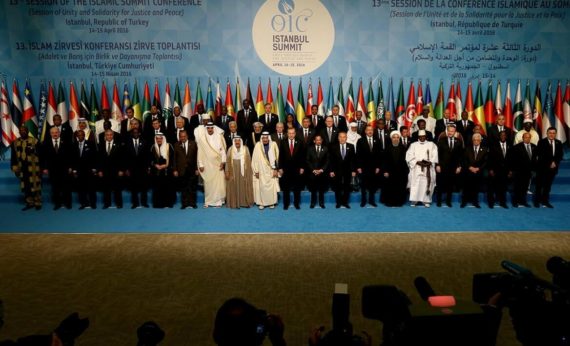 The Organization of the Islamic Conference (OIC) was founded with the aim of collaborating on international political problems concerning the Muslim World. Triggered by the arson attack on Masjid-i Aqsa in 1969 in particular, countries that came together in Rabat for an emergency summit immediately after the incident emphasized the importance of strong Muslim solidarity, which led to the creation of OIC. Later re-named as the Organization of Islamic Cooperation, OIC successfully developed its institutional structure over time and has eventually become the second largest intergovernmental organization after the United Nations, with 57 member countries. In the meantime, the organization extended its horizons to multi-dimensional issues beyond politics, with economy being a primary focus.

OIC has put forth notable efforts to develop and strengthen the economic relationships among its member countries.

In this respect, OIC has put forth notable efforts to develop and strengthen the economic relationships among its member countries.  For this purpose, the Framework Agreement on Trade Preferential System was adopted in 1990, later complemented by the Protocol on the Preferential Tariff Scheme (PRETAS) in 2005. Based on such regulations which pursued to promote intra-OIC trade, a target share of 20% was set to be achieved by 2015.

As a result, it is important to evaluate the evolution of both global and intra-trade patterns exhibited by the group over time.  As it is well known, world trade gained considerable momentum in the 2000s, especially before the global financial crisis. Correspondingly, OIC data from the same period demonstrate a similar trend for the group overall, with a notable increase in trade volumes. In this respect, global exports of the OIC economy rose from 487 billion dollars in 2001 to 1,911 billion dollars in 2008. After a temporary drop during the financial crisis, exports experienced a quick recovery and ended up at 2,126 billion dollars as of 2014, despite some fluctuations in the meantime. However, it should be stated that the disappointing contraction in world trade in 2015 was reflected in the group’s export earnings, with a negative growth rate being apparent during that period.

Likewise, the intra-OIC trade demonstrated a parallel upward trend during the 2000s, with a relatively modest performance. On the other hand, as presented in Graph 1, the latest data clearly show that the top destinations for OIC exports are still mainly non-OIC economies, located mostly in Asia and Europe.

Thus, at this point, examining the ratio of intra-OIC trade (with respect to the total group trade) would be quite helpful as a meaningful tool to assess how the economic collaboration has developed within the organization. As a first diagnosis in this context, calculations show that the share of the intra-OIC “exports” went up from 9.2% in 2001 to 15.4% in 2014, indicating an improved integration, as was intended. Nonetheless, while the ratio managed to reach a peak in 2014, it was observed to have weakened in 2015, along with the story of a sharp decline in exports, as mentioned above. In addition, when the “total trade” data are aggregated, the intra-group target of 20% seems to have been approached but not yet fulfilled.

SecurityBy Serhan Afacan
The second basic finding regarding the organization’s trade outlook is in fact strongly revealed by the recent drop in export revenues, which reflects the ‘high dependence” of some member countries on oil products. Although there were other contributing factors, including the weak demand worldwide, the steep slump in the group’s economy in 2015 can largely be explained by the collapse in commodity prices. In this regard, understanding the product composition of the group makes substantial sense in order to examine the organization’s economic health.

As demonstrated in Graph 2, which shows the shares of the top 10 product categories based on the latest available data, the majority of the OIC goods exported to the world consists of mineral fuels and oils. The remaining goods, on the other hand, exhibit low single-digit shares in the overall portfolio, implying a low diversification (high concentration) problem in the group’s production structure, on average. While petroleum, as the main export, indicates unhealthy product concentration levels in certain member countries, diversification has been achieved only by a limited number of economies including Turkey, Malaysia, Indonesia, Qatar and the UAE.

As it is well known, export diversification aims to enlarge trade portfolios in terms of products and partners. Beyond its contribution to growth, diversification is propounded to serve as a hedge against economic crises and shocks. When the latest product concentration ratio for OIC exports is computed, a relatively high one is found out at the level of 0.35 (on a scale of 0 to 1, where 0 represents the lowest level of concentration).

When it comes to intra-OIC trade, fossil fuel products still take the lead with a share of 29% in 2014, leaving relatively higher portions for the other items in the intra-OIC exports pie. Therefore, while exports within the group itself appear to exhibit better diversification, this rosier outlook emanates only from a few countries mentioned above, which managed to become diversified in the 2000s with a range of manufactured goods. Accordingly, the shares of the diversified countries in the intra-OIC exports were witnessed to go upwards upon the recent commodity collapse. As of 2015, whereas Turkey, Malaysia, the UAE and Qatar led the intra-group exports, the countries with commodity-dependent exports lost significant shares.

Based on these findings, it can be concluded that the undiversified economic profiles of most of the OIC members present an obstacle both to their own economic development and the potential for stronger solidarity in the group. Therefore, developing cooperative efforts to diversify the economic structure of the group turns out to be a significant task. In this sense, OIC countries like Turkey, which have diversified industries, have the potential to perform a critical role in leading investment and technology collaborations within the group. Beyond the sincere political will required, OIC urgently needs to reduce its vulnerabilities and build solid economic structures for a more concrete solidarity.