The “One Belt, One Road” (OBOR) project is of critical importance since it demonstrates that China has entered a new phase in its controlled integration process to the global system. 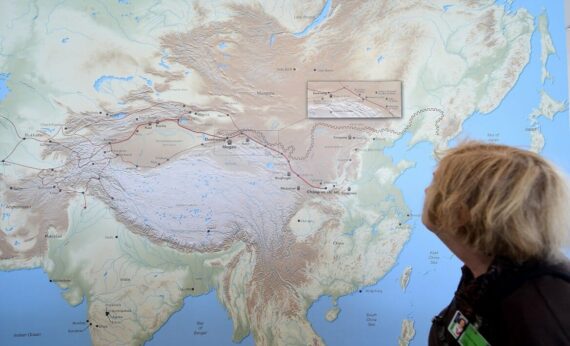 As the center of gravity of the global political economy is rapidly shifting from the Atlantic to the Asia-Pacific region, the relative importance and influence of the rising powers in the multipolar global system continue to increase. In this context, the attention in public opinion focusing on Turkey-China relations is quite natural given that China is the world’s leading rising power that gradually erodes Western institutional, economic and technological hegemony; while Turkey is the leading rising power in the Middle East, Balkans and Caucasus axis.

As far as Turkey’s foreign policy options are concerned; it is obvious that the country’s approaches and policy choices especially with regards to regional geopolitical developments have radically diverted from the stances of the US and the EU since the reversal of the Arab Spring via authoritarian coups, foreign interventions and civil wars.

Since many global powers are endeavoring to strike a balance in Syria, reminiscent of the power balances in the 19th century, and the Western allies are overtly attempting to undermine the national security of Turkey in the region; Turkey is spurred to seek new formulas that would balance its conventional Western engagement occasionally with Russia or other emerging powers. For instance, as  Turkish President Recep Tayyip Erdoğan clearly expressed during his recent meeting with the US President Donald Trump, Turkey vigorously condemns the NATO allies’ equipping the People’s Protection Units (YPG) with heavy weaponry under the pretext of an anti-Daesh fight, as Turkey recognizes the YPG as a terrorist group.

The concerns on this matter have so far been expressed in a calm and patient demeanor to avert risking NATO’s security umbrella and shouldering the heavy costs of a possible tension with the US. Meanwhile, it is evident that the diplomatic unrest with the EU has also continued in parallel with the rise in far-right movements in mainland Europe. The insincerity displayed by the EU on the refugee issue tarnished mutual trust and the crisis eventually reached a point of suspending Turkey’s EU membership negotiations due to soaring arrogance of European leaders during Turkey’s state of emergency and the constitutional referendum process.

Boosting ties with the Eastern World will balance out Western Influence

Consequently, it would be utterly reductionist to interpret President Erdoğan’s remarks about joining the Shanghai Cooperation Organization and leaning towards boosting relations with the rising powers of the East as a yearning for a permanent detachment from the Western allies. In contrast, Erdoğan’s subsequent visits to the rising Eastern powers such as India and China ahead of his critical meeting with President Trump contained considerable symbolic messages in terms of strategic balancing of ties with Western allies.

Right before his first face-to-face meeting with President Trump, President Erdoğan attended the “Belt and Road Summit” in Beijing on May 14 and 15, in which he met around 30 world leaders. In the group photo from the Summit, the hosting leader Xi Jinping symbolically posed between Erdoğan and Russian President Vladimir Putin. As the leader of a key NATO member, Erdoğan’s participation in such an important meeting in which a new globalization vision has been introduced by China, serves as significant strategic leverage that could ease the diplomatic unrest between Turkey and the West. This is particularly true when it is considered that Erdoğan enjoyed great interest and respect from both the Russian and Chinese leaders.

The “One Belt, One Road” (OBOR) project is of critical importance since it demonstrates that China has entered a new phase in its controlled integration process to the global system. The project embodies China’s willingness to start a bold initiative by forming networks of finance, trade, logistics, communications, infrastructure and culture from the Eurasia axis. In this context, it was illuminating to see that the final declaration of the Summit stressed “an open global economy” and “participatory and free trade” while articulating the need to object to all kinds of protectionism.

Neo-protectionist tendencies are climbing in all developed economies and particularly in the US as a measure against shrinking global demand and economic stagnation. And it is no secret that President Trump overtly targets rising economies like Mexico and China with these measures. Therefore, China’s insistence on global integration by means of free trade reveals the country’s self-confidence in international economic and technological competition.

As a matter of fact, China is known to have advanced in a stable manner on the axis of foreign policy and economic strategy while taking systematic steps towards expanding its possible spheres of influence in the world system since 1980s, when Deng Xiaoping’s opening policies were started. In this context, the OBOR project reflects the vision of establishing an expansive economic and political sphere of influence by financing the infrastructure and development investments of developing countries in a line extending from Central Asia to Africa and Latin America.

The project also sets out an aspiration to completely resolve the domestic infrastructure and accessibility problems of China, which galvanized its role as the world’s manufacturing production base. The project grants access to all Western countries including the United Kingdom and growing economies like Turkey, which denotes different partnerships and multilateral win-win cooperation links as part of hundreds of projects planned to be implemented under this initiative. The Asian Infrastructure Investment Bank (AIIB), the New Development Bank (NDB) and the Silk Road Fund (SRF), which are China-led multilateral initiatives, create significant public finance sources for the investments that are to be made as part of the project.

China’s ability to establish balanced relations with Western agents in political and strategic terms by making room for itself in the global system through economic integration, trade and technological competitiveness sets a feasible model for Turkey in certain terms. Of course, the two countries are not comparable in geographic size, population, economic and technological experience, military alliance structures and historical developments. However, both countries share a willingness to improve their positions in the global system by pursuing “developmental” policies. Consequently, it is not a surprise that the presence of Turkish contracting companies in the world market comes in second position after that of China while the two countries increasingly came across in economic diplomacy initiatives in Africa and Latin America.

The OBOR mega project is of vital importance for Turkey as well as China since Turkey was a natural component of the ancient Silk Road and the Central Asian Republics through which the project goes have strong linkages with Turkey. The project will definitely create many opportunities for Turkey to boost its economic dynamism and diplomatic influence via networks of infrastructure, transportation, communications, trade and finance in an area extending from East Asia to Europe and Africa. Ankara is perfectly aware of the fact that the economic and geo-strategic center of the global system is rapidly shifting towards the Asia-Pacific axis. In this framework, Turkey attaches great importance to its bilateral and multilateral relations with China.

There is a great potential in Turkish-Chinese trade relations through increasing investments by Turkey-based firms in the growing Chinese market and improving economic ties with China, which is Turkey’s second largest trading partner after Germany with a $20 billion trade volume. The leading fields with growth potential include large-scale projects such as nuclear energy and high-speed rail lines, science-technology, finance, currency exchange transaction to support national currencies in trade, and co-investments in third countries.

Turkey and China share similar perspectives on various global governance issues including reforming the global governance system, economic diplomacy and advocating a more participatory order. As diplomatic relations between the two countries develop, economic relations and strategic partnerships will undoubtedly gain momentum. These developments will not unsettle Turkey’s existing alliance with the West; but rather contribute to the formation of relations on a more equitable footing.

Go to Top
Also Read
The End of US Dollar? More Countries Use National Currencies in Trade