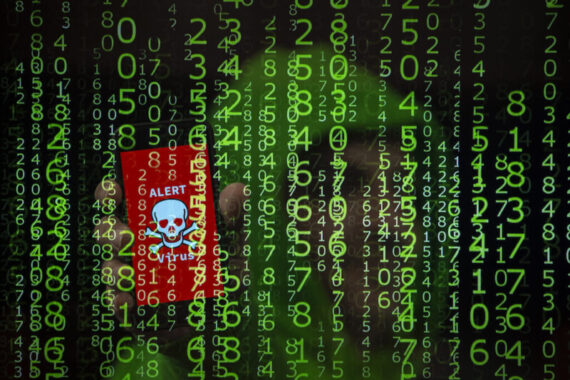 nterpol has conducted an operation against cyber-enabled financial crimes and money laundering. The operation, called “HAECHI III,” started in June and ended in November 2022.

Operation HAECHI III was planned by Interpol’s National Central Bureaus (NCBs), in particular the Interpol Financial Crime and Anti-Corruption Center (IFACC). The operation involved countries from Asia and Europe, including the United States, the United Kingdom, and Singapore. Hyun Se Lee, the head of NCB in Seoul, stated, “As we look to the future, we recognize the importance for decisive and concerted law enforcement action across borders. This year’s leg of Operation HAECHI III speaks volumes of IFCACC’s dedicated coordination and the strong commitment of participating countries, all of which foretell of new law enforcement victories ahead.”

Read: Hackers and Cyber-Security in Turkey, An Interview with Halil Öztürkci

Additionally, investigators noted an increase in fraudulent investment schemes that involve the use of instant messaging apps where encrypted information is shared and wallets for cryptocurrencies are promoted as a form of payment.

As a result of this long-running operation, 1,600 cases were solved and $130 million worth of virtual assets were seized. The operation also created an intervention tool entitled “Anti-Money Laundering Rapid Response Protocol (ARRP),” which allows countries to recover digital assets.

Interpol has been trying for a long time to develop a new intervention tool to intervene in the flow of illicit funds, which plays an active role in the cybercriminal economy of countries. Finally, after months of pilot testing, it produced a tool called a “rapid intervention tool” in the fight against money laundering. According to Rory Corcoran, the director of the IFCACC, “The ARRP is a game-changer in the battle against global financial crime, where speed and international cooperation are critical to catching illicit monies before they vanish into the coffers of money mules abroad.”

The ARRP was used for the first time in Operation HAECHI III and it allows countries to work together to prevent the proceeds of crime. The seizure of 1.2 million euros obtained through commercial mail fraud in Ireland was strong evidence of the successful use of the ARRP during the operation.

Scenes from the Operation

Two Red Notice fugitives, who were wanted by Korea in an investigation for their alleged participation in a global Ponzi scheme, were apprehended in Greece and Italy after stealing 28 million euros from 2,000 Korean victims.

During the illegal transaction targeted by HAECHI II, victims were threatened by being told that their identity had been stolen or that their names were involved in narcotics crimes. They were then asked to transfer money under these pretexts.

Interpol reported that four bitcoin wallets used by con artists were seized, adding that a total of $159,000 had been transferred by victims of the call center scam. Over the course of the five-month operation, roughly 2,800 bank and virtual asset accounts that were being utilized to launder illegally obtained funds were shut down.

Operation HAECHI III provided strong evidence that the IFCACC will take the lead in Interpol’s efforts to provide operational support against money laundering related to virtual assets. The illicit use of virtual assets, especially cryptocurrencies, has advanced significantly in recent years and is now a common way to facilitate crime.

Cyber security is becoming an increasing issue for peoples as well governments with the rise of cyber-criminal acts across the globe.

Burak Selçuk AYDIN’s areas of expertise cover cyber security, cyberspace, security, and terrorism. AYDIN has received his BSc in Law at the University of Tübingen in Germany and İstanbul Medeniyet University in İstanbul. Afterwards, AYDIN served in many positions such as the United Nations Office for Counter-Terrorism(UNOCT), the Office of the United Nations High Commissioner for Human Rights and Turkish Competition Authority. AYDIN is currently studying MSc. Data Science in Berlin.