According to Ozan Ceyhun, “Europe’s safety, NATO’s prestige and border, and protection of EU values begins on Turkey’s border.” 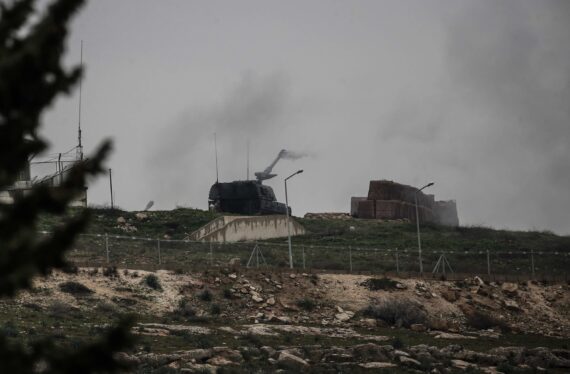 On Wednesday 20 January, head of the Union of European Turkish Democrats (UETD) and former European Parliament member Zafer Sarikaya stated how Turkey’s military activity in Afrin is important for the security of Europe.

According to Ceyhun, “Europe’s safety, NATO’s prestige and border, and protection of EU values begins on Turkey’s border.”

More, similar to President Erdogan and presidential spokesman Ibrahim Kalin, Sarikaya criticized claims that Turkey’s operation in Afrin was against the Kurdish population.

In regards to this, he stated: “Turkey is a country which embraced around 200,000 Kurdish-origin brothers from Ayn al-Arab [Kobani] in a day.”

The operation in Afrin has been held in high regard due to the fear of another migrant crisis. Already there are approximately 3.5 million Syrian refugees in Turkey – had Turkey not intervened in Afrin, where the YPG terrorist group have been in control since 2012 – a new wave of migration could have occurred in Europe.

The YPG militants in Afrin have deserted the population in Afrin and have forcefully removed people (especially from Arab origin) from their homes.

Echoing this, Sarikaya underlined that “if terrorism in Syria is not cleared, a new wave of migration will occur.”

In addition to Sarikaya, another prominent European politician – former member of the European Parliament Ozan Ceyhun – emphasized how Arabs, Kurds, and Turkmens that live in Afrin have suffered from the YPG’s terror.

“If Turkey had not intervened in Afrin, most of the civilians in Afrin would have to escape. This would cause a new wave of refugees.”

Ceyhun dismissed the criticisms made towards the Turkish government in regards to its activities in Afrin, calling the western portrayal of the situation as a “disgrace.”

Highlighting the importance of the Afrin operation for the security of Europe, Ceyhun stated that “If Europe and the EU want to protect their own values, then they should support Turkey’s operation.”