Over 3,000 terrorists 'neutralized' in Afrin operation

A total of 3,055 terrorists have been "neutralized" so far since the start of Operation Olive Branch in Syria's northwestern Afrin region, the Turkish General Staff said in a statement on Thursday. 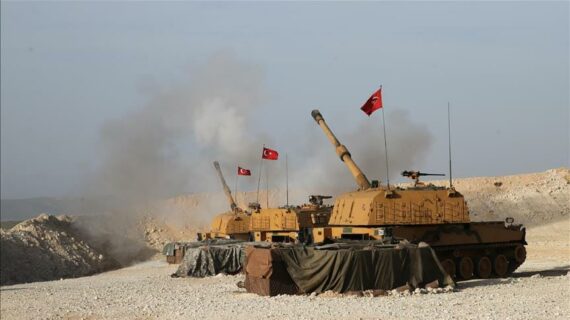 A total of 3,055 terrorists have been “neutralized” so far since the start of Operation Olive Branch in Syria’s northwestern Afrin region, the Turkish General Staff said in a statement on Thursday.

Turkish authorities often use the word “neutralized” in their statements to imply the terrorists in question either surrendered or were killed or captured.

The military also added that air-and-land operations were continuing.

According to the Turkish General Staff, the operation aims to establish security and stability along Turkey’s borders and the region as well as to protect Syrians from oppression and cruelty of terrorists.

The military further said only terror targets are being destroyed and that “utmost care” is being taken to avoid harming civilians.