Pakistan and Turkey working in Tandem to deepen Defense Ties

According to the Ministry of Defense Production (MoDP), Islamabad and Ankara have signed three documents recently aimed at bolstering cooperation in the defense industry. 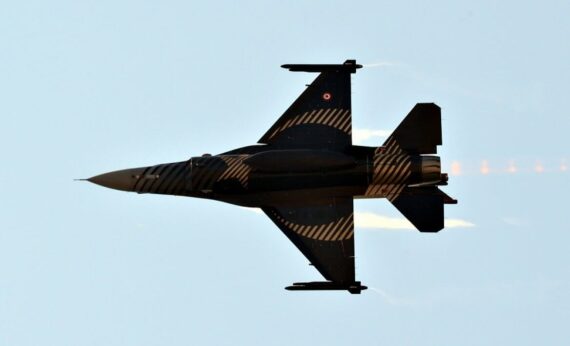 Pakistan and Turkey have stepped up efforts to explore all avenues to bolster bilateral relations in multidimensional areas with a special focus on expanding defense and military ties, keeping in view emerging geo-political challenges.

According to the Ministry of Defense Production (MoDP), Islamabad and Ankara have signed three documents recently aimed at bolstering cooperation in the defense industry.

As part of the efforts to transform the existing collaboration into a strategic partnership, both the countries signed agreements in the presence of Rana Tanveer Hussain, Pakistan’s minister for defense production, and Fikri Işık, minister for National Defense of Turkey, on the sidelines of the 13th International Defense Industry Fair (IDEF) 2017.

Firstly, the two sides signed the contract for the sale of Pakistan’s 52 Super Mushshak trainer aircraft, which the Pakistan Aeronautical Complex (PAC) will supply to the Turkish Air Force. The contract was signed by Chairman PAC Air Marshal Arshad Malik and Turkish Undersecretary SSM Prof. Dr. Ismail Demir. Details reveal the Letter of Intent (LoI) with Turkey for the sale of aircraft was signed in November last year.

Secondly, Ankara and Islamabad signed a Letter of Intent on the four MİLGEM Ada class corvettes project. On behalf of Pakistan, the letter was signed by Secretary of Defense Production Lt. Gen. Muhammad Owais while Undersecretary SSM Prof. Dr. Ismail Demir signed on behalf of Turkey.

The third document was signed between the Pakistan Aeronautical Complex (PAC) and Turkish Aerospace Industries (TAI) for collaboration in the aviation field. The signatories were Chairman PAC Air Marshal Arshad Malik and CEO of TAI Dr. Temel Kotil.

Lt. Gen. (Retd) Talat Masood, a noted defense analyst, said Turkey and Pakistan have accelerated their efforts to strengthen their ties with a focus on defense relations. “In view of the new challenges that the region faces, both the countries are coming much closer together,” Masood observed.

In the ongoing sort of conflict between Saudi Arabia and Iran, he said countries like Pakistan and Turkey think these divisions only help countries who are the enemy of Islam.

Pakistan’s minister Hussain said: “With the signing of landmark three documents, the level of Pakistan-Turkey defense industry collaboration will further be intensified.” Among future plans, he specifically mentioned the possibilities of joint ventures and co-production between the two countries.

Congratulating Pakistan and Turkey on achieving this milestone after signing the documents, a statement by the Pakistan’s MoDP quoted Turkish Defense Minister Fikri Işık as saying: “Pakistan is a brother, true friend and strategic partner of Turkey.” He said these agreements would bolster bilateral defense industry collaboration, which would be expanded through concerted efforts.

Recalling the support extended by the Muslims of South Asia during the Turkish War of Independence, he said: “Turkey would always be the development partner of Pakistan.”

Pakistan’s minister for defense production have recently held a meeting with Turkish Defense Minister Fikri Isik in Islamabad to discuss cooperation in the defense industry.

The growing level of cooperation was consistent with the vision of Turkish President Recep Tayyip Erdogan and Pakistan’s Prime Minister Nawaz Sharif who had directed developing a comprehensive, long-term and forward-looking strategic framework for defense collaboration.

Amid stepped up diplomatic contacts, the two countries concluded their two-day crucial round of talks in January, focusing on defense cooperation.

During the meeting, the Pakistani side was led by Defense Secretary Lt. Gen. (Retd) Zamirul Hassan Shah while the Turkish delegation was headed by Deputy Chief of General Staff Gen. Umit Dundar.

According to documents reviewed by thenewturkey.org, the talks were held under the Bilateral Dialogue Group (BDG), which was established in 2003 and is known as the highest institutional mechanism for steering defense cooperation.

Pakistan and Turkey have over the years made significant strides in their defense cooperation as Ankara had gifted 34 T-37 aircraft and spares to Islamabad.

When asked about the bilateral trade volume in the defense sector, an official at the Ministry of Commerce said exact figures on the defense trade between the two countries are not known “because most of the things are in the pipeline.”

Ankara is buying MFI-17 Super Mushshak aircraft from Islamabad and also upgrading three Pakistani submarines and jointly building a fleet tanker with which troops from both countries have held joint drills in the recent past.

Pakistan’s Defense Minister Khawaja Asif said: “Islamabad has a strong desire to strengthen its partnership with Turkey in all fields, including the defense sector.”

According to details, Aselsan, one of Turkey’s main defense vendors, and Pakistan Aerospace Industries have signed an agreement for Turkish company ASELPOD to supply a Pakistani complex for installation on Pakistani F-17 Thunder fighters.

The ASELPOD system will enable JF-17s of the Pakistan Air Force (PAF) to deploy laser-guided bombs by having ASELPOD illuminate targets. In addition, ASELPOD can identify geo-location coordinates and, empower JF-17 to successfully use laser-guided missiles. The deal is currently in the first phase, and includes 16 systems of this type worth $25 million.

Hussain had held a series of meetings with Tamil Kittel, Chief Executive and Chief of the Turkish Aviation Industry, here in Islamabad, where the two sides pledged to cement defense ties in the backdrop of a changing security environment.

Hassan Askari Rizvi, a defense and political analyst, said Pakistan and Turkey have signed many defense agreements over the last five years in defense production and defense cooperation.

Defense cooperation between Ankara and Islamabad is of paramount importance because of terrorism related issues that plague the region.

Sharif made the call for the trilateral cooperation during his meeting with Qatari Defense Minister Dr. Khalid Bin Mohammad Al-Attiyah in Islamabad.

Khalid said his country wants enhanced military cooperation and production of equipment in Qatar with the assistance of Pakistan and Turkey. Both Ankara and Islamabad have to focus on benefiting from each other’s experience in defense issues to curtail reliance on other countries, he added.

The west and US half-heartedly cooperate with Pakistan and Turkey in defense matters, forcing both the countries to join hands to tackle challenges head-on Mahar added.

According to the MoDP, Islamabad agreed to sell eight locally-manufactured Mushshak training aircraft to Doha. Turkey also recently signed an agreement to get 100 such aircrafts from Pakistan.

A statement by Hussain, said Turkey has decided to buy 52 Super Mushshak basic trainer aircraft, costing more than $50 million, over the next three years.

A successful accomplishment of Mid-Life Upgrade and Falcon STAR configuration for PAF F-16s culminated with a graceful closing ceremony that took place at Turkish Aerospace Industries (TAI) in Ankara.

Air Chief Marshal Tahir Rafique Butt, Chief of the Air Staff Pakistan Air Force said the successful completion of the Mid-life Upgrade and Falcon STAR Configuration of the PAF F-16s in Turkey is yet another milestone achieved. “Indeed, Turkey has always been a trusted friend of Pakistan, and our Air Force-to-Air Force relations have proved its worth as an ally and partner in various joint ventures,” he noted.

On the side-lines, Hussain met with a delegation of Turkish Aerospace Industries (TAI) including Chairman Mr. Oğuz Borat and President and CEO Dr. Temel Kotil.

In view of the current crisis, Gen. (Retd) Masood said Ankara- Islamabad defense cooperation gained more importance because both the countries are facing internal and external dangers. There is a lot of commonality in terms of thinking and strategies of Turkey and Pakistan, he observed. “Even in matters of strategy, matters of weapon systems, matters of defense policies, coordination, exchange of experience and training opportunities for each other are areas in which bilateral ties could be further expanded,” he concluded.

Rehmat Mehsud currently works with News Lens Pakistan, a wire service based in Islamabad. Formerly, he worked with The Wall St. Journal, The Globe and Mail, and Pajhwok Afghan News, a wire service in Kabul, Afghanistan.