Party Factions and Power Blocks within the CHP

If the internal political rivalry within CHP continues, the party will have to pay a heavy price of losing more and more votes. Will the factions within CHP come up with different strategies in the following days? Well, this is the matter of curiosity nowadays. 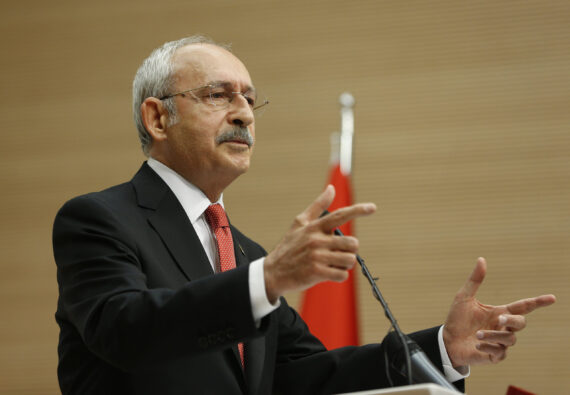 The ongoing leadership crisis within CHP reached a deadlock after recent developments. Muharrem Ince, CHP’s candidate in the latest presidential elections, started to collect signatures from the delegates to conduct an extraordinary congress to run for the party’s chairmanship.  As a result of strenuous efforts, Ince and his team announced that they gathered 630 signatures and fulfilled the required threshold. In retaliation, current leadership of CHP made an official announcement and claimed that the number of submitted signatures were not enough to call for an extraordinary congress. All of these developments triggered an enormous crisis within the CHP and divided the party into factions.

It is obvious that the future of the party will be shaped in line with the positions and interactions among these factions. The biggest opposition faction in the party consists of those in favor of Muharrem Ince taking lead. Even if Ince’s supporters were passivized in the party by Kilicdaroglu during the election campaign, they became successful in convincing delegates to sign for the extraordinary congress. Whether they reach a certain number of signatures to conduct the congress or not, the results indicate that they have convinced almost half of the delegates. It is no longer possible to ignore these delegates demanding change in the party’s chairmanship. If CHP’s existing leading cadre chooses to ignore these demands, it can create an even bigger schism in the party structure soon. Moreover, if this group builds an influence over other dissatisfied delegates in the party-a small but effective group organized around Selin Sayek Boke and Ilhan Cihaner-, they may have a chance to recall a congress in the future.

Another possible strategy of this faction is applying to court to solve the signature crisis. Even if this strategy requires time and energy to succeed eventually, some prominent figures in the party have already supported applying to court. Nonetheless, the leader of this group, Muharrem Ince, announced that he did not prefer to apply to court because he wanted to protect the honor of the party. Thus, Ince and his group seem to prefer alternative methods in their continuing struggle.

One of the alternative methods discussed at this point is the splitting of CHP into two parties. Some supporters of Ince want him to establish another party as an alternative to CHP. These supporters defend the idea that it is not possible for CHP to seize power because of the settled perceptions about it. This group believes that if Ince founds a new party, he may have a chance to run for power. Nonetheless, it seems that Ince and his supporters will persist in their struggle within the party until the last minute.

Beyond all these factors, the most powerful group in the party is Kilicdaroglu’s supporters who are loyal to his chairmanship. It is a well-known fact that after coming to the chairmanship, Kilicdaroglu created his own team both among the leading cadre and the party delegates. Whether he is successful or not, this group loyally supports his leadership without any reservations. In other words, even if CHP’s votes showed a very significant drop in the latest elections, this group would remain supporting him without hesitation. Thus, it seems unlikely to see a change in the party’s chairmanship in the short term.

Regardless of whether he will ultimately be successful or not, Ince’s stance in the party will affect the party’s position in the upcoming term. If this crisis remains unresolved until the local elections, CHP would most probably continue losing votes. Will the factions within CHP come up with different strategies in the following days? Well, this is the matter of curiosity nowadays.