The Turkish Army’s bitter experiences, such as the PKK’s recent attack near the Çığlı military zone, highlights the unanticipated consequences of shortfalls and limitations in countermeasure abilities against MANPADS, and draws attention to the need to strengthen capabilities for detecting, locating, identifying, and defeating targets through UAVs. 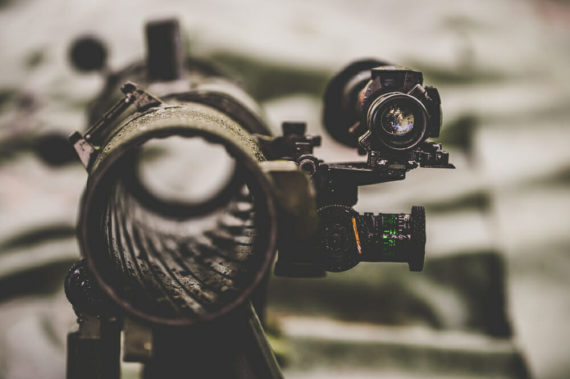 Turkey’s fight against PKK terrorism dates back to early 1980s, and since that time, despite suffering from various unpleasant experiences, the Turkish military has made considerable progress towards enhancing skills, knowledge and expertise in many areas in dealing with counter-terrorism operations. On the other hand, despite all the advanced conventional war-fighting capabilities or highly sophisticated weapons systems acquired, none of these favorable conditions should be taken for granted, for it would mean neglecting needs and capacity assessments for the success of future military operations in both rural and urban terrains.

These assessments are critical to preparing and supporting the armed forces for the challenges of changing operational situations that will likely occur under any scenario in future conflicts.

Identifying and meeting the perceived and actual needs of the military remains as crucial as ever for establishing a much more comprehensive, timely, and effective response to prevent terrorist attacks.

In particular, the military’s technology readiness for implementing countermeasures to protect its aircraft is a key issue, especially considering the most recent Man-portable air-defense systems (MANPADS) attack by the PKK.

On 13 May 2016, PKK militants dressed in camouflage fatigues shot down an armed AH-1W Super Cobra helicopter capable of close air support using what appears to be either a SA-16 or SA-18 MANPADS missile.  The helicopter had been dispatched to provide support to soldiers at the Çığlı base, in the Çukurca district of Hakkari province, near the Iraqi border.  PKK militants had killed six soldiers at the base, and the helicopter’s downing martyred the two pilots on board.

This is not the first time that PKK militants have successfully used such portable and shoulder-fired systems to hit military helicopters. Over the decades-long war between Turkey and the PKK, the PKK has downed one AH-1W Super Cobra, one AS-532 Cougar, as well as an S-70A Black Hawk.  On May 18, 1997, the AH-1W Super Cobra and AS-532 Cougar were shot down on 18 May, 1997, in the very same Çukurca district as the most recent attack, using a SA-7B (9K32M Strela-2M). The S-70A Black Hawk, meanwhile, was downed by an RPG-7 (rocket-propelled grenade) in Northern Iraq, on February 24, 2008.

A Highly-Effective, Cheap, and Easy to Use System to Bring Down Aircraft

The SA-7/14/16/18 – like their US-manufactured Stinger counterparts, which were used highly effectively in the war against the Soviet Union in Afghanistan – is designed to meet the low altitude air defense needs of ground units.

Armies have always wanted an air defense system with a low cost, that can easily be used and requires minimal training, and is maintenance free for use on the battlefield. Two generations of MANPADS have been manufactured, and both can be used by a single soldier alone, but need two soldiers to carry them.

A basic MANPADS consists of the launch tube, the missile, and battery.  Several generations of the weapons exist, with the earliest types being guided by the user simply firing toward the target, and later ones, including the SA-7/14/16/18 and Stinger series, using the heat signature left by aircraft engines to hone in on their targets. Other, more sophisticated MANPADS are also used, some requiring aircraft to “paint” a target so the missiles can close in on them, and others guided during flight by an operator on the ground, yet these require extensive training and additional resources to be present on the battlefield.

The “kill box” – the cylindrical area it can hit a target with the shooter at the center – for the most advanced MANPADS is approximately 10,000 meters in diameter and 5,000 meters high.

They are highly effective weapons: with well-trained personnel shooting a target within the kill box, the systems have a 95% kill ratio against fixed wing aircrafts, and a 98% kill ratio for rotary wing aircrafts like helicopters.  Even older generations, like the Stingers used against Soviet aircraft in Afghanistan in the 1980s, had high kill-ratios: according to US military assessments, of 340 missiles fired, 269 hit their targets.

An SA-18 MANPADS takes just 5 or 10 seconds after being activated to fire, and can fly for the next 17 seconds at speeds more than three times the speed of sound  approximately 1,200 km/h at sea level).

The target’s only option after the missile is fired to try and evade it as quickly as possible.  Countermeasures like firing flares to confuse the missiles’ heat seeking systems have become increasingly ineffective, especially since the 3rd generation of MANPADS, because of the speed of the missile itself and the short amount of time it takes to reach the target.

Missiles also tend to have proximity fuse mechanisms, so that if the target take evasive action and change its flying direction, the missile’s on-board computer will decide not to wait for a collision before detonating, exploding the warhead as near as possible to the target. The missile’s warheads are thus designed to explode in fragments, to create as wide a zone of destruction as possible in cast the target is not actually hit directly.

The weapons systems are also quite cheap, with some costing less that $10,000 to manufacture, making it a good choice for bringing down a $2 million MI-17 helicopter.

Easily Proliferated and A Natural Choice for Non-State Actors

The Russian-made SA series MANPADS are especially selling to many countries, and easy to find in the open weapon market. There are some training simulators for western products, but a typical MANPADS is very easy to use after one real try.

So we have a weapon system that is cheap, easy to use, easy to find, maintenance free, and can be used against all aircraft for low altitude air defense purposes. MANPADS weapons are combat-proven systems, especially since the Afghanistan and Kosovo Wars. With these qualities, non-state actors like the PKK will prefer MANPADS for their arsenal for future needs.

The only military option against this threat is to eliminate its supply routes, and develop some supporting technology against MANPADS.

Within this context, a critical discussion needs to be had on the possibility of using unmanned aircraft, UAVs, to enhance low-altitude air defense capabilities. With MANPADS so easily available, and so often being used by the PKK, a greater shift needs to be made towards UAVs, which will not have the same human cost as a conventional aircraft if shot down, and can be used to monitor and counter militants on the ground more effectively.

The Turkish Army’s bitter experiences, such as the PKK’s recent attack near the Çığlı military zone, highlights the unanticipated consequences of shortfalls and limitations in countermeasure abilities against MANPADS, and draws attention to the need to strengthen capabilities for detecting, locating, identifying, and defeating targets through UAVs. 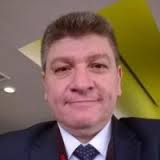 Çağrı Doğal Gül is a Rocket Scientist. He works as a Consultant (Ballistics, Small Arms Design & Production) in Turkey and Saudi Arabia.