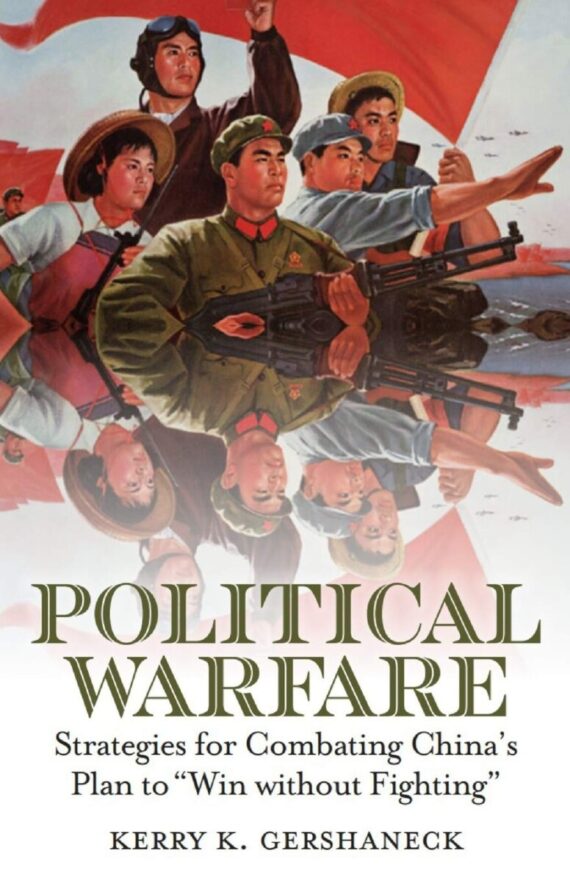 In Political Warfare: Strategies for Combating China’s Plan to “Win without Fighting,” Professor Kerry K. Gershaneck, who has studied and written on the China-U.S. relationship for the past decades, focuses on China’s political warfare which he understands a threat to the United States. The author belongs to a circle that considers China an essential enemy of American freedoms and values. The book is Gershaneck’s explanation of how “‘contemporary totalitarian Sino-fascism’ threatens democracies insensitive to the danger.”

Political Warfare: Strategies for Combating China’s Plan to “Win without Fighting” is a comprehensive analysis of the complexities of China’s challenge, including its tactics, ideologies, and organizational procedures. It entails comprehensive case studies of China’s political warfare operations against regional allies of the United States such as Thailand and Taiwan.

Gershaneck believes that China is at war with the world, and especially with the United States and its allies. He tries to explain the most important concepts and themes needed to appreciate China’s political warfare and offers a historical outline of the development of Chinese political warfare abilities and skills.

Given that for Gershaneck China presents a substantial threat to the United States and its allies, he offers some conclusions and recommendations to empower the USA in this challenge. He discusses the need to develop a national strategy to counter China’s political warfare, and to rebuild national institutions and establish programs in this direction.

Gershaneck believes there is an urgent need to establish an Asian political warfare center of excellence, to investigate, disrupt, and prosecute China’s political warfare activities and to screen, track, and expose them. He also recommends that U.S. policymakers take legal action against China’s officials and affiliates engaged in civil rights offenses, encourage academic study that focuses on combating China’s political warfare, and finally, pass legislation to diminish the offensive power of China’s news and social media.