Politics versus Justice in the US: Iran Sanctions Case

Everyone is aware that despite Halkbank being a completely different case, the super-powerful US could have fined the bank – there was no need for Zarrab to be a witness or for Atilla to be a defendant. However, the US did not take the course of action as it had done with other banks. 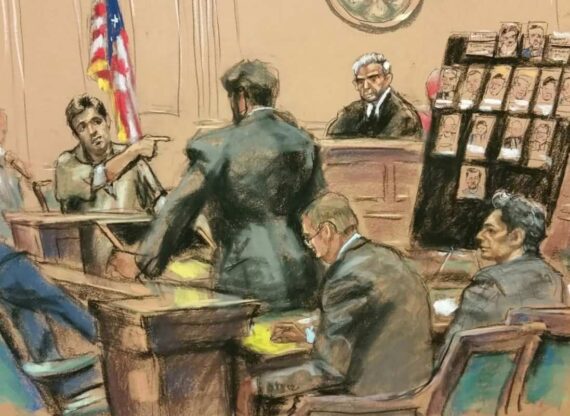 In 2015 the French bank BNP Paribas was ordered to pay 9 billion dollars to the United States. What were the charges against BNP Paribas? Despite the embargo, between 2004 and 2012, BNP Paribas carried out transactions in dollars within US borders with Iran (650 million dollars), Sudan (6.4 million dollars) and Cuba (1.7 million dollars). At the time the 9-billion-dollar fine was initiated, this accounted for more than four times the net income of the bank. This amount was one of the highest fines ever recorded. Two years before this incident, the Dutch bank ING paid a 619 million dollar fine. Another bank that paid a large sum was the English Standard Chartered bank, which paid 298 million dollars. The list of fine-paying banks in this regard includes Société Générale, Crédit Agricole, the German Deutsche Bank and Commerzbank, Italian UniCredit, and the Royal Bank of Scotland. However, none of them were fined as high as BNP Paribas. The HSBC case was a little different as they were involved in money laundering from Mexican drug cartels and terrorist organizations, which they transferred via suitcases.

When the BNP Paribas fine was brought to the agenda, it was discussed alongside suspending or completely dispossessing its license. This would have led the bank to bankruptcy, as they would have been forbidden to transact in dollars. The amount of the fine was theoretically based on the volume and severity of the transactions and the possible cooperation with other banks. However, these are not the only factors. According to several sources, European banks are more likely to face a higher fine than an American bank. As reported by the New York Times, the reason for the immense fine imposed upon BNP Paribas was because the general manager of the bank denied all charges and claimed that he was unaware that such transactions were illegal according to US laws.

The issue regarding banks and companies that violate the embargo in the US has long been a topic of debate. Former US attorney Eric Holder once stated that all banks should be severely punished if they break the law, since no bank is “above the law.” However, financial authorities stated that suspending or dispossessing a bank’s license along with high fines could lead to the de-stabilization of the international finance system – their argument was that “for the sake of financial stability, banks should not be imprisoned.” According to reports in France, as a result of these discussions, judicial authorities developed a fine system based on monetary punishment in accordance with the transactions operated by the bank involved. This meant that banks were freed from a lengthy judicial procedure in the US and the media stories that would eventually come along with such cases. What’s more, banks managed to save their license and were given the right to remain functioning in the US financial system.

For Paris, nothing explained the reason for the astronomical fine imposed upon BNP Paribas; they believed that no other bank was treated as harshly or as unjustly as the French one. In fact, even though only two years ago the transactions made from HSBC to drug cartels and terrorist organizations in Mexico were proven, they were not subject to this kind of treatment.

The French Foreign Minister at the time, Laurent Fabius, criticized the US decision by stating, “If the law has been broken, the punishment must be reasonable and proportional. Neither the fine, nor the suspension of the bank’s license is a rational decision.” Fabius called his US counter-part, but was left in vain. The following day former Minister of Finance Michel Sapin also expressed his criticisms by warning that France will continue to protect its interests if the US does not approach the BNP Paribas case justly. The former Governor of the Bank of France Christian Noyer travelled to the US with the French Prudential Supervision and Resolution Authority (l’Autorité de contrôle prudentiel et de resolution) General Secretary Edouard Fernandez-Bello, in order to warn US officials that such a fine will have a chain effect in Europe and to explain the risks the proposed amount will have on the French economy.

Former Minister of Health Xavier Bertrand believed that this was an attack on France and thus Europe. Further, he blamed the US management for using BNP Paribas as a warning tool for all other banks. The subject was discussed in all its aspects beginning with the imperialism of the dollar, to the question of the role of BNP Paribas in trade relations between the two continents.

The most prestigious name that supported BNP Paribas was without a question the former President of France, François Hollande. Before attending an anniversary with Obama, celebrating the end of World War II, Hollande had written to the US President. The letter stated that while he was aware that BNP Paribas had to pay a fine, the amount declared was unjust and unreasonable. Obama replied to the letter during the dinner with a simple “It’s none of my business.” In the end, after many postponements, a formal hearing took place in Manhattan and BNP Paribas was fined along with the suspension request of 13 personnel, including the general manager of the bank.

So, what’s so different now?

The Iranian businessman Reza Zarrab and his wife, Turkish singer Ebru Gundes, were off to Disneyland while the fine for BNP Paribas had been confirmed. It is not known whether “Disneyland” was a reference to the trial in New York. However, what took place afterwards was that Zarrab was arrested at the airport and the Southern District of New York Prosecution Office sentenced him to 90 years imprisonment and ordered a 50 million dollar fine. Later, Zarrab made an agreement with the prosecutor and became a witness rather than a defendant in the same case. Exactly one year after his arrest, the deputy general manager of Halkbank, Hakan Atilla, was arrested while travelling back to Turkey from the US and was put to prison within hours. All banks including BNP Paribas were at service in the US while they violated the embargo, which is why they were subject to federal laws. However, no US prosecutor arrested a manager of a bank, and thus there was no trial – so much that even those who transferred money to drug cartels and terrorist organizations via suitcases were not arrested.

As is understood therefore, in terms of the current Iran Sanctions Case, the accusations were made against a person rather than a bank. This was one of the many firsts experienced in this case. Another was that, compared to the institutions in the US and Europe, a non-US citizen had set up a commercial and monetary transaction between two companies through a bank that is not part of the American stock market. Turkey never implied that it will ignore the US sanctions imposed upon Iran and Ankara made necessary adjustments in this regard. In fact, in March 2012, the Turkish administration confirmed that they would record around a 10-20% decrease in imports with Iran. Meanwhile, after some time, Zarrab noticed a good not on the embargo list: gold. According to Zarrab’s comments during his trial, this was his own discovery. So, Iran’s money that was blocked in Halkbank and other bank accounts was to be transferred from US dollar to TRY accounts, then withdrawn as a deposit for the gold export to Iran. Initially what was happening under Zarrab’s discovery is that Iran’s blocked money in Turkey was being withdrawn and kept by Zarrab and his fellows, gold was taken to Iran. In this way, while Turkey was paying for petrol and gas in gold, Iran was also able to reclaim its blocked incomes. This system took place between 2011 and 2013. In 2013, when gold was added to the embargo list, Halkbank stopped the transactions.

Everyone is aware that despite Halkbank being a completely different case, the super-powerful US could have fined the bank – there was no need for Zarrab to be a witness or for Atilla to be a defendant. However, the US did not take the course of action as it had done with other banks. Instead of a formal hearing, an operational lawsuit process was started. Of course, it is clear that the intention of the authorities in this case was not to just fill their pockets by collecting money from here and there in an unjust and irrational manner. No – the main objective here is a political confrontation with the Turkish government.

Also Read
What is really behind the Iran Sanctions Case?