If the revival of the CHP in local governance brings back old habits, it will not be a surprise for Turkish people to face dominant nationalist-secularist reflexes in public life. 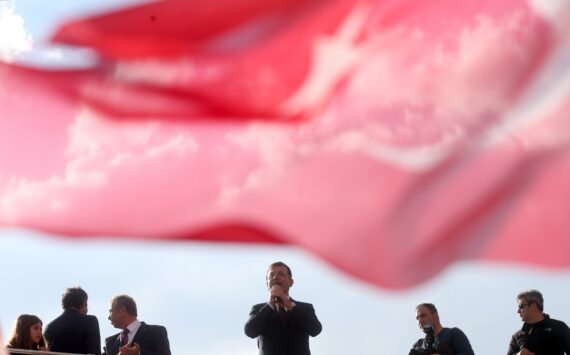 Almost all of Turkey’s elected mayors have begun their service after receiving their official certificates of election. Due to the recount of votes in some provinces by the Supreme Electoral Council (YSK), some candidates are still waiting for the completion of the legal process in order to get their certificates that will authorize their selection. It seems that the ongoing process in Istanbul may take more time due to the new applications for recounts of votes in some districts. Furthermore, the legal process may continue in Istanbul even after the authorization of one of the candidates as mayor.

In addition to the long-lasting legal process in Istanbul, Turkey is also busy with the first actions of some newly-elected and excited mayors. Since a significant number of mayors in cities changed with the 31 March local elections, newly-elected mayors are trying to gain support by opting in for populism. This is a worrying issue for the electorate and for future local governance in Turkey.

Since newly-elected mayors intend to broaden their impact, the people of Turkey have been subject to an enormous number of populist actions in the last week. The most problematic populist action belongs to the newly-elected mayor of Bolu, Tanju Ozcan, from the CHP. As a former member of parliament, Ozcan took a shocking decision to cut public grants for Syrian refugees in his province. Indeed, the most shocking side of this incident was his discourse towards refugees; he dehumanized them and blamed them for being a burden on the shoulder of Turkish people.

Newly elected mayors in Turkey are trying to gain support by opting in for populism. This is a worrying issue for both the electorate and for future local governance in Turkey.

Although Ozcan was elected as a candidate by a social democratic party, his actions and discourse are similar to politicians of extreme right parties in Europe. Due to increasing criticism towards him, the Foundation of Social Democracy (SODEV) made an official announcement and condemned Ozcan for being inconsistent with the rules of social democratic municipalism. Nevertheless, Ozcan continued to defend his actions and underlined that he would not let any refugee receive aid from the municipality.

Another eye-catching example of populism in local governance is the superficial actions of new mayors in some issues. Even though most of them promised to solve long-lasting structural problems in the cities they ran their election campaigns, it seems that they have chosen to ease the way to increase their popularity among the masses. For instance, some mayors from the CHP, including the mayor of Ankara, started to clean the statues of Ataturk, even though there was simply no dirt. These mayors also added “TC,” an abbreviation of Turkish Republic, on the boards of municipalities.

Some mayors from the CHP, including the mayor of Ankara, started to clean the statues of Ataturk, even though there was simply no dirt.

Indeed, these kinds of superficial and populist actions show the true characteristic of the CHP’s political approach. Mostly new-elected mayors from the CHP showed great sensitivity and respect towards conservative values during their election campaigns. They underlined the importance of unity and solidarity in that period. However, after being election, they turned back to their true colors.

Will this process bring nationalist-secularist reflexes of the CHP into Turkey’s political life again? Are the populist actions of newly-elected mayors the first signs of this? It is a well-known fact that symbolic acts have always been important in Turkish politics. If the revival of the CHP in local governance brings back old habits, it will not be a surprise for Turkish people to face dominant nationalist-secularist reflexes in public life.