Since there is less than 24 hours left to Turkey's local elections, it is crucial to discuss possible future scenarios that may occur after the results are displayed. Which dynamics will be effective in the post-election period in Turkey and will these dynamics be determinant on national and international political issues? 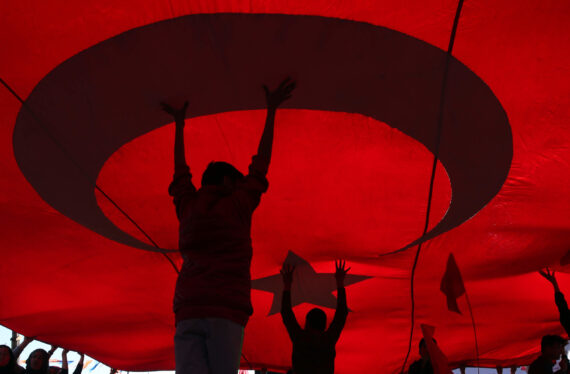 Turkey’s local elections will be held tomorrow. After long-lasting heated debates among political parties, voters will go the polls to select local governors in 30 metropolitan districts, 51 provinces, 922 countries, 32.105 neighborhoods and 18.306 villages. Beyond that, the March 31 local elections will be one of the main determinants of Turkey’s political, social, and economic order for the next 5 years.

Since there is less than 24 hours left to the elections, it is crucial to discuss possible future scenarios that may occur after the results are displayed. Which dynamics will be effective in the post-election period in Turkey and will these dynamics be determinant on national and international political issues? Answering these questions requires analyzing possible scenarios on post-election Turkey.

The first scenario depends on the shift of power dynamics in two prominent cities – Istanbul and Ankara. These cities have been at the core of the election campaigns of all political parties. Members of the Nation Alliance aim to gain Istanbul and Ankara from the AK Party in order to weaken the AK Party and the People’s Alliance in the long term in order to increase their own sphere of influence in politics. Since the quality of local administration in these provinces also reflect the success or failure of political parties in parliamentary and presidential elections, the motivation of the Nation Alliance is quite understandable.

Because of this, winning the mayoral races in Ankara and Istanbul will provide an enormous advantage for political parties. More, members of the Nation Alliance are also trying to prevent the re-emergence of intra-party opposition in the post-election period. The leaders of the CHP and Iyi Party faced serious opposition after their failure in the June 24 elections. Opposition groups within both parties postponed their activities until the local elections. Thus, winning the mayoral race – even in one of these cities – will enable Aksener and Kilicdaroglu to re-consolidate their power.

The second scenario depends on the future of Turkey’s presidential system. One of the hot topics of the local election campaigns was the future of the government system in Turkey. Even a former politician, Husamettin Cindoruk, claimed that this election would be the revenge of the presidential system from Turkey’s previous parliamentary system of government. The main aim of the CHP and Iyi Party is switching back to the parliamentary system by weakening the AK Party-MHP bloc in politics. If the AK Party and MHP lose any power or authority, the Nation Alliance may try to question the legitimacy of the presidential system after the elections.

The results of the March 31 local elections will be a determinant on the future of speculative economic attacks on the Turkish economy.

The third scenario is on the main dynamics of Turkey’s foreign policy in the aftermath of the local elections. As President Erdogan underlined, Turkey will continue to conduct cross-border military operations after the elections in order to provide domestic and border security. Nonetheless, the Nation Allies has been trying to delegitimize Turkey’s cross-border operations and the leader of CHP re-iterated his stance against these operations during the election campaign. If the Nation Alliance broadens its electoral sphere, they will be more determined to present a critical stance against cross-border military operations.