MP Asma al-Moussawi also called on the Iraqi government to take action against Kurdish officials as she claimed that “there is no need for the presence of Kurdish MPs in Parliament since they supported the [independence] referendum.” 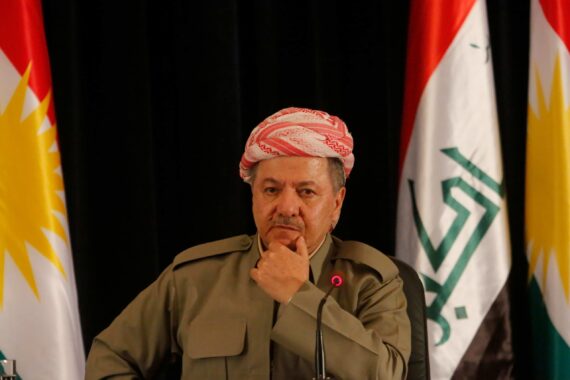 Despite official results yet to be announced, the Kurdistan Regional Government’s leader Masoud Barzani has already claimed victory in the independence referendum.

In his first official statement after the referendum, Barzani announced that the referendum was not designed to create obstacles for neighboring countries.

Released on the KRG Presidency’s official website, Barzani said that the KRG had now entered “a new stage” following the majority of Yes votes in the poll.

Following the vote he urged Baghdad not to close its doors to dialogue and “to seriously and calmly review the history of bilateral relations.”

He said that Erbil and Baghdad must now “resort to serious series of dialogues,” and requested neighboring countries to help the two Iraqi sides in finding solutions.

The statement on the website also added that “as for the other neighboring countries, we do not wish for any obstacles to be created. It is rather expected of them to seriously find solutions to the issues between Erbil and Baghdad.”

Barzani also highlighted his administration’s “willingness to continue to become an effective partner in the global effort to eradicate the terrorists.”

As the vote continues, Iraqi lawmakers have already begun to lobby to sack President Fuad Masum and several Kurdish MPs.

MP Hassan Khalati said on Tuesday that signatures are being collected by lawmakers in order to sack Masum, a Kurd, for “failing to respect his oath of office.”

Khalati, a member of the National Alliance bloc, told Anadolu Agency that “Masum was sworn in to maintain the unity of Iraq and his non-compliance with that means he failed to abide by his oath.”

MP Asma al-Moussawi also called on the Iraqi government to take action against Kurdish officials as she claimed that “there is no need for the presence of Kurdish MPs in Parliament since they supported the [independence] referendum.”

On Monday the Iraqi Parliament passed a resolution forcing the government to re-deploy troops to disputed areas, including the oil-rich Kirkuk.