The assassination of Ali Abdullah Saleh has driven the Saudi-Iran proxy war on to a different level, and there is no doubt that the Riyadh administration will intensify military operations in Yemen. 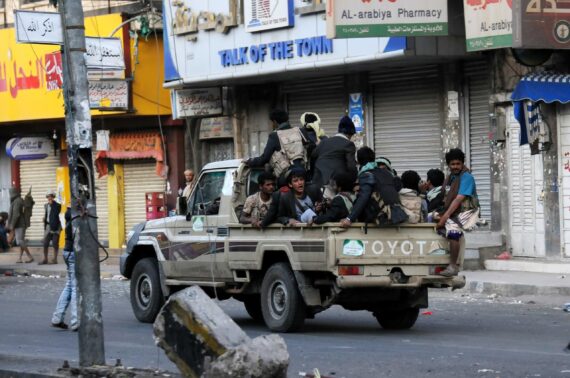 The proxy wars that began in the Middle East have had dramatic impacts on many countries. With the involvement of global actors such as the United States and Russia, the ongoing struggle for power in the region paved the way for chaos. As these wars are fought in a third country through proxies, very unlike conventional wars, conflicts inevitably transform into a civil war. In this respect, conflicts in the Middle East share similarities – the situation of Iraq following the 2003 invasion and the status of Syria, Yemen and Libya after the 2011 riots are all reminiscent of each other. This situation has brought Yemen to such a point that the country is unable to deal with the humanitarian crises. While Yemen has simply become territory contested between Iran and Saudi Arabia, the interventions made by the US over al-Qaeda serve as a catalyst in this situation.

The cost of civil war

Having suffered civil wars between 1962-1968 and 1990-1994, Yemen is facing similar conditions today. The Saudi-led operations, aiming to thwart the Iran-backed Houthis’ ambitious politics to control the country, has come at a very high cost. According to figures published by the International Committee of the Red Cross (ICRC), the civil war has left over 5,000 dead and around 40,000 injured. Approximately over a million people were forced to migrate and leave their homes. Over 90 percent of Sudanese migrants in Yemen, who had originally arrived to find employment, have had to leave the country. Moreover, at least 10,000 Yemenis have immigrated to Djibouti. Stating that virtually no family had been left untouched by the civil war, ICRC Chair Peter Maurer described the situation in Yemen as a “man-made humanitarian catastrophe,” adding that the situation is worsening day-by-day.

Further, in Yemen today the education and health institutions have lost a great deal of functionality. According to a report published by the United Nations and other observers, two-thirds of the 24 million population in Yemen are on the edge of starvation and do not have access to clean water, while 3.3 million people are living in famine. According to the report, 2 million children are suffering from malnutrition. At least 160 health institutions and buildings have been attacked. The interruption of public services in cities across the country have led to heaps of garbage and overflowing sewage, which inevitably affects the health of locals. These circumstances gave birth to the cholera outbreak, which has affected approximately 60,000 people, and killed 2,000 in the last six months. Despite this situation, institutions such as the World Health Organization (WHO) have expressed that they are unable to provide adequate aid due to security risks. Despite the fact that Saudi Arabia announced the removal of the blockade (which Riyadh applied), neither the UN nor any other humanitarian agency have been able to deliver aid to the country.

It is crucial to recognize that this situation was not created by some sort of natural disaster or by a conventional war. The humanitarian crises in Yemen is a direct outcome of the proxy war fought between Iran and Saudi Arabia. Recognizing exactly this point will be the first step in resolving the crisis.

How did the situation get here?

Following the uprisings in early 2011, the resignation of Ali Abdullah Saleh raised hopes that there would be a smooth transition in Yemen. Saleh’s resignation and the commencement of transition was realized under the influence of Saudi Arabia. The role Saudi Arabia played in this transition had both positive and negative impacts. While the advantage of this was that the transition process would be realized under the patronage of a powerful actor, the risks included the possibility of an Iranian intervention – Riyadh’s historical rival. Indeed, the position of Saudi Arabia in respect to changing dynamics in the region, including the securitization of the Muslim Brotherhood and the lack of focus on Yemen led to Iran’s mobilization in the country, which resulted in the worst-case scenario.

Under the supervision of the UN, almost all parties were represented at the National Dialogue Conference (NDC) – the negotiation platform of the transition process in Yemen. Saleh’s General People’s Congress was also present at this platform. The main goal here was to render the transition process inclusive and prevent the marginalization of any actor. The presence of groups, which had 34 years of administrative experience in the new government, had the possibility of damaging the transition period. In fact, this became reality as the General People’s Congress, which has been under Saleh’s control, neglected its duties when conflicts with the Houthi rebels heightened. This enabled the Houthis to gain ground in various places and, after a while, the General People’s Congress chose to cooperate with the Houthis.

The National Dialogue Conference, the main mechanism of the transition period, has been identified as a platform that represents all political parties, women and young people. After yearlong negotiations, a pronouncement was declared to implement the NDC’s decision on January 21, 2014. The pronouncement included an extension of President Hadi’s term by one year, holding parliamentary elections, reformation of the advisory council to have thirty members each from the North and South and the designation of a new frame to create a new constitution which incorporated the NDC decision. However, the Houthis refused to recognize the arrangement and conflicts resumed. Leading a Hezbollah-like structure with the participation of various tribes and sects, the Houthis formed the “Ansarullah.” Thus, while attempting to thwart the accusations of sectarianism, the Houthis were able to form a broad-based military structure. The Houthi/Ansarullah began to advance to the south in January 2014, and with the cooperation of the former regime forces, captured Yemen’s capital Sana’a within a year. Shortly thereafter, the group rested on the borders of Aden.

Trying to maintain the administration by going to Aden, Hadi wrote a letter to the UN on March 25, demanding the UN Security Council to take a decision which allowed the military intervention of “volunteer countries” to halt the march of Houthis in Yemen. Concerned about its former ally being controlled by Iran, Saudi Arabia commenced an operation in Yemen together with Gulf countries and Egypt.

While the “Operation Decisive Storm” was expected to conclude within a couple of months of its beginning, the operation was unable to yield any substantial outcomes besides re-capturing various Houthi-controlled regions. In addition to the failure to capture Sana’a, the Houthis now possess missiles that could hit Riyadh. Although there are rumors that Saleh’s forces have switched sides in line with the Saud, this has not yet been confirmed. Even if this was correct however, it should not be expected to cause a significant change. In short, the struggle for power over Yemen did not only endure the civil war, but led to mass hunger and famine at the same time.

From a proxy war to a humanitarian crisis

Sharing borders with the narrow Gulf of Aden, large ocean waters and with a border completely overlooking Saudi Arabia, Yemen has transformed into a battleground where the struggle for power in the region is staged. With the mobilization of their armed wing Ansarullah, while the Houthis were just about to seize Aden, which would mean obtaining complete control of North Yemen, Saudi Arabia interpreted this situation as Iranian expansionism and responded with a military intervention.

It is no exaggeration to assert that the civil war in Yemen has gone from the most likely scenario to the worst.  In order for the conflict to come to an end, one of the following three possibilities must be realized: first, either one side prevails and imposes conditions on the other party, second, the cost of the war becomes unbearable for both parties, and third, an external actor acts as a mediating force between the two sides. Neither of these three scenarios have occurred: There is no indication of an overwhelming superiority one party has over the other, the cost of war is manageable for both parties and in addition, it’s clear that neither the UN nor the US has taken enough initiative to solve the problem. The prolongation of the war, the humanitarian crises that have arisen out of it, and the emerging presence of Daesh in Yemen is a result of this stalemate.

What’s next in Yemen?

About a month ago, ousted leader Ali Abdullah Saleh once again changed sides and started to fight against the Houthis, leading to conflict in the vicinity of Sana’a. The local population in Sana’a attempted to seize various public institutions. This image created a perception that Saleh could be effective against the Houthis. Yet, it is difficult to claim that Saleh had the power to shift the balance in the field by himself. In such a scenario, he would have needed arms and soldiers from Saudi Arabia and its allies.

The assassination of Saleh taking place at a time when he changed sides is significant, especially considering that this shift was yet to influence the balance in the field. Although revenge may increase motivation for a short while, for the time being, it remains a mystery as to whether followers of Saleh would be effective without their leader. Therefore, the future of the conflict depends on what actions the Saudis and their allies will take.

After the assassination of Saleh, it is undoubted that Saudi Arabia will intensify its military activity in Yemen. In order to gain successful results, the Saudis need land force. While the Saudis will organize and arm followers of Saleh, it is going to prove difficult to yield results in the short-term. Neither the Saudis nor the United Arab Emirates (UAE) will use their own military.

Another scenario that is spoken about is that the UAE will consider the division of Yemen – yet they will fail in persuading the Riyadh administration to accept this. Such a division would mean the foundation of a Houthi state right on the south of Saudi Arabia. Besides, the international community will also reject the political division of the country.

The conflict in Yemen is a proxy war that is yet to reach its climax and neither the local nor the major actors involved are at a point to end this war. Yemen has fallen into a chaotic situation. Issues exacerbating each other have created a two-tiered problem at the basic level: a military/political crisis and a humanitarian crisis. While the military crisis is a hard case to resolve due to the aforementioned parameters, an intervention to end the humanitarian crises should remain a priority, as all parties are responsible for its resolution.