Deep prejudice and the absence of objectivity exhibited by the Western media against Turkey are major problems; but Turkey should never give up in the attempt to remind prejudiced media managers of the fundamental principles of journalism and the simple facts and rules of democracy. 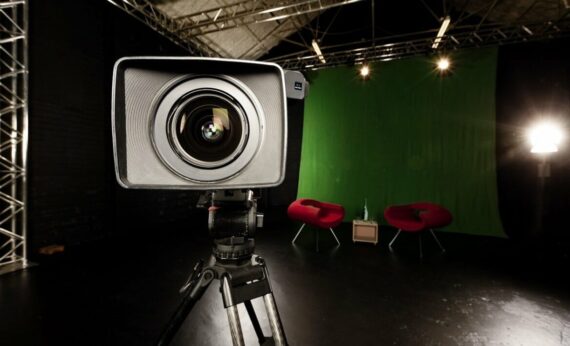 The coup attempt in Turkey on July 15 was historically significant for two reasons. First, the Fetullah (Gulenist) Terror Organization (FETO) killed 241 people when it attacked Turkish citizens with F-16 fighter jets, tanks, and armored vehicles belonging to the Turkish Armed Forces. It also wounded 2,194 people during the attempt. The second reason is that the Turkish public, for the first time, resisted the coup and defended the democratically elected representatives and government. This historic resistance has quashed the problematic view that claimed that the people would be reluctant to realize their national willpower, would settle for what was handed to them, and stay quiet under soldiers’ boots. The Turkish nation, on July 15, 2016, purged of the perpetrators of the Gulenist coup attempt, opened a new page in the history of Turkish democracy.

EconomyBy Bilal Bagis
After the purge of such a bloody military insurgency, Turkey, as a respectable member of the international community, which had held national elections since the 19th century, expected a positive reaction from its Western partners and Western media. This was an understandable expectation since Western countries represent themselves as markers of democracy, advocates of the supremacy of the will of the people, and guardians of legitimately elected governments, which may be discharged only again by elections.However, Turkey’s Western partners failed to raise a powerful voice against the July 15 coup attempt. They failed to raise even a feeble voice. After thirty-nine days, US Vice-President Joe Biden visited Ankara; no high-level politicians from Germany, France, or the UK visited Turkey. Most of the statements after the coup attempt were of the nature of expressing regret that the coup had failed.

Specifically, during the last days of July, James Clapper, the Director of US National Intelligence, complained by saying, “Many of our interlocutors in the Turkish Army have been either purged or arrested”; in the same vein, Joseph Votel, the Commander of US Central Command, was “concerned” about, not the coup attempt, but how US operations in the region will be affected by the attempt. Such statements raise the suspicion of whether the US might have been behind the coup attempt. A few days after the coup attempt, John Kerry, US Secretary of State, made a statement to the effect that operations against FETO members should not go too far, which was sufficient to establish a background for the criticisms directed at the US. Tens of articles of the kind supporting the failed coup were published in the mainstream Western media such as the New York Times, the Guardian, Time, CNN, the Washington Post, BBC, the Times, and Der Spiegel. It is no wonder that such publications led to deep disappointment in Turkey.

Anti-Turkey Stand of the Western Media in History

As one considers the background of perception management in the Western media against Turkey, it is seen that this disappointment goes far back into the past and has been practiced for decades by contemporary media outlets. Western media, to a large extent, has positioned itself against Turkey on many issues. For instance, Kemal Karpat, in his book entitled Politicization of Islam, in a section on press, talks about how European countries used the Western press against the Ottomans, helping us understand better the current state of affairs with the following example: “The foreign powers used their ‘free’ press to excoriate and condemn Abdulhamid without causing diplomatic incidents except on rare occasions. The French used Le Figaro, while the Russians enlisted Le Nord, a Brussels newspaper, into their service and financed the famous salon of Madame Olga Novikov in London, in which Turks were described as unfit for Western civilization and as promoters of ‘Muslim fanaticism’.” The excerpt underlines the fact that, since the 19th century, Western countries have sought to keep the Ottomans under control by using the press and financing certain lobbies to demonize the Turks.

A similar assessment is made by Orhan Koloğlu, in his book entitled The History of Press. Koloğlu recounts that, during the period 1828-1829, the beginning of the Greek uprising, thousands of Muslim children, women, and elderly were massacred by the Greeks; yet, the Western press pointed at the Ottoman State as the side that committed the massacres; such a blatant and overt disinformation campaign by the Western press was astonishing to the Ottomans. In the 19th century, the same attitude was exhibited by the Western press in the cases of Serbia, Bulgaria, and Armenia.

The Western media’s anti-Turkey publications after the July 15 coup attempt, and the two examples I presented from the 19th century, demonstrate that Western media outlets target the victimized rather than the guilty. As one traces back over the vital issues Turkey has faced, it is clear that the Western media has continued incessantly with the same publication strategy, unless the West had a direct self-interest at stake.

The anti-Turkey campaign conducted by the European and the American mainstream media is in perfect agreement with the emphasis made by Edward Said in his book Culture and Imperialism. In his work, Said tells about “the existence of an international media that invades insidiously an incomprehensively vast land.” Because, the matter of transforming many different events in many different places around the globe into news, after filtering them through Western interests, has begun to establish another method of hegemony.

To illustrate this, for example, the operations conducted by Turkey against the terror organizations DAESH and PKK have been distorted by both the New York Times and Der Spiegel to claim that “Turkey is killing civilians, invading the region, and killing the Kurds.” As visual misinformation, pictures of people killed by the Russian bombardments in the region were used non-factually. The increasing dosage of such publications after the July 15 coup attempt is proof that the anti-Turkey campaign is being escalated deliberately. On the night of July 15, NBC announced that “Erdogan, refused landing in Istanbul, is reported to be seeking asylum in Germany,” which was certainly a lie; yet, the channel has not apologized for this misinformation. The cover of a special Der Spiegel issue on Turkey on September 11, 2016, carries both visually and content-wise stamps of orientalism. On the cover, the magazine uses such expressions as, “Ein Land verliert die Freiheit” (a country loses its freedom) and “the dictator in fight with his own cities,” and pictures the minarets of the Blue Mosque (Sultanahmet Mosque) as fired rockets. In tone with Said’s emphasis, a typical distortion and otherization has been committed by the magazine. That is, the news is veiled as it is propagated.

Journalism as Fictionalism instead of Objectivity

The above excerpts from historians Karpat and Koloğlu show that the Western media has a long and prejudiced history against Turkey, which still continues today. In this historical stretch, it appears that there have been many politically charged, manipulated, and constructed news stories published and disseminated by the Western media against Turkey. Thus, disregarding the principle of objectivity, and other principles and regulations that define the realm of professional ethics are ignored when it comes to Turkey.

No doubt, Turkey has to respond to such campaigns and these efforts must include both public diplomacy and lobbying activities. However, deep prejudice and the absence of objectivity exhibited by the Western media against Turkey are major problems mostly related to the administrators of the biased newspapers and to their cultural capitals. It is difficult to find a direct remedy for this, because the manipulation of the media is a result of conscious and deliberate choice. In spite of this, Turkey should never give up in the attempt to remind prejudiced media managers of the fundamental principles of journalism and the simple facts and rules of democracy.