The AK Party's latest manifesto is the reflection of the party’s intrinsic and newly-emerging approach in governing the urban. It is possible to say that after this approach becomes dominant in local politics, Turkey will face a new way in governing the urban in accordance with technology, innovation, and ecological considerations. 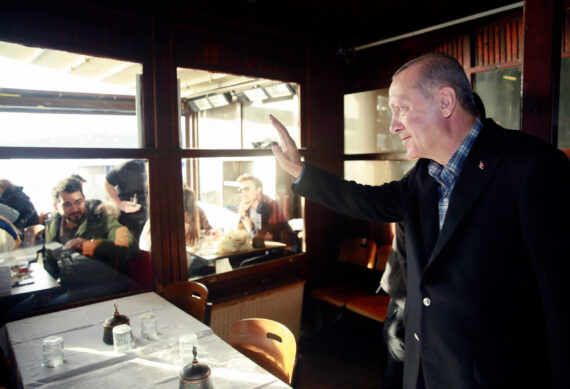 The AK Party’s election manifesto consists of 11 basic articles focusing on the mentioned themes. The articles basically cover issues such as city planning, urban renewal projects, infrastructure and transportation, smart cities, green cities, social municipality, and urbanization. In the manifesto, it’s emphasized that there is a need of a new understanding in governing the urban rather than solely using traditional methods. Due to this, it was quite interesting to see that the AK Party is renewing its approach to local administration and urban governance after its long-lasting success story.

The AK Party’s recently revealed local election manifesto emphasizes that there is need for a new understanding in governing the urban rather than solely using traditional methods.

The latest election manifesto goes even beyond this understanding. As an innovation in governing the urban, the party foresaw a more environment-friendly approach in all areas related to the urban. For instance, the promise of building horizontal cities instead of vertical ones was one of the reflections of this new approach. Furthermore, the emphasis of the protection of nature and history in the urban to protect the values of cities is another example of this understanding.

Another aspect of this newly-emerging approach is to provide more effective tools to implement technological innovation in local administration. At this point, the concept of smart cities facilitating services for people appears at the forefront. Smart cities integrate local administration and technological development in order to accelerate the process of providing services to the locals. As has also been emphasized in the manifesto, it has now become an obligation to make cities smarter under the current circumstances.

AK Party’s latest manifesto is the reflection of the party’s intrinsic and newly-emerging approach in governing the urban.

It was also promised that people would be more involved in the decision-making processes in local administration. The active participation of people in local politics has recently become a hot topic. There have been some institutional renewals in local levels in order to provide the active participation of people. Nonetheless the manifesto underlines that there should be new tools to provide better participation in accordance with the understanding of “governing with the people.”

The AK Party’s latest manifesto is the reflection of the party’s intrinsic and newly-emerging approach in governing the urban. If this approach becomes dominant in local politics, Turkey will probably face a new way in governing the urban in accordance with technology, innovation, and ecological considerations.