There is a need for a comprehensive strategic roadmap for Turkey’s civil-military relations and for the strategic transformation of the military in order to increase the credibility of the TAF and minimize the security risks for Turkey in national, regional, and international security environments. 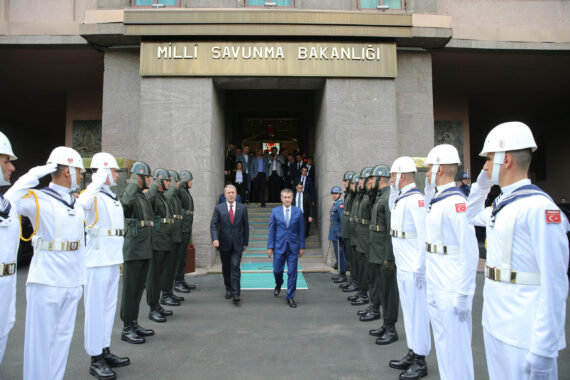 Regardless of how the central question is stated and what the answers are, civil-military relations in Turkey and the place of the military in the socio-political domains throughout the history of modern Turkey have been a controversial subject. Since the foundation of the Turkish Republic, the country has experienced four military coups. While the Turkish Armed Forces (TAF) were able to perform a full-scale overthrow of the civilian governments and took over temporary rule during the 1960 and 1980 coup, it relied on more indirect means to bring about the forced resignation and replacement of the governments during the 1971 and 1997 coups. Due to the success of these four coups, it is not a surprise that Turkish politics has historically been dominated by the preferences of the military, and thus the nature of civil-military relations has been problematic in terms of improving democratic civilian supremacy over the military.

As a result of the ideological conflict between the military and AK Party, which has grown since the party rose to power in 2002, as well as a series of significant events since the beginning of the Ergenekon and Balyoz trials in 2008, there has been a substantial shift in the balance of civil-military relations in Turkey. Nevertheless, the question of how this rapid transformation of Turkish civil-military relations was achieved needs to be analyzed by looking at the external and internal dynamics of the AK Party era.

The June 24 presidential elections and the establishment of the new government model brought radical changes in civil-military relations as well. Initially, President Erdogan appointed his Chief of General Staff Gen. Hulisi Akar as Minister of National Defense. Following that, by presidential decree, the Chief of General Staff was positioned to operate under the Ministry of National Defense. Thirdly, by decree, the structure of the Supreme Military Council was re-designed in terms of the president’s autonomy over the final decision to determine promotions and assignments of colonels and generals and the number of ministers who can participate in Council meetings. Now, the decision regarding the promotion of the colonels and generals will be determined according to the absolute majority within the structure of the Supreme Military Council. The number of ministers who attend the Council meeting has also increased. The Vice-President and Ministry of Economy will be part of the Council meetings. But the question of whether Turkey reached a balance in civil-military relation remains due to the exceptional nature of civil-military relations in the country.

To, ultimately, end the civil-military imbalance in post-July 15 Turkish politics, Ankara has attempted to restructure its entire state apparatus, in which security agents including the TAF will be positioned at the center. At the same time, the government has been trying to develop a comprehensive and long-term strategy for the newly emerging threats stemming from the regional insecurities in the Middle East. After the July 15 military coup attempt, the new period has entailed three crucial phases: lustration (de-Gulenization of the state) period, rehabilitation, democratic reconstruction of civil-military relations and modernization of the Turkish military. Ankara followed four-dimensional strategies in the post-July 15 coup attempt:

It is now that President Erdogan accomplished his first task by cleaning almost all the members of FETO within the TAF and other critical security institutions. The perception of TAF among the Turkish people has gained a very positive stance due to the increasing role of TAF in providing internal and regional security against threats emanating from the PKK and other terrorist organizations. TAF is more active militarily in Syria and Iraq to prevent terrorist activities against Turkey.

The second part of the post-July 15 civil-military relations is redesigned by civilian supremacy. But it does not necessarily mean that Turkey solved all its problems regarding civil-military relations. Under the presidency of Erdogan, the Ministry of National Defense will probably play a vital role in shaping Turkey’s military strategy and normalizing civil-military relations. The National Defense Ministry was in full control of the Chief of General Staff and responsible for daily military activities of TAF due to the exceptional status of Turkish military above its politics. Currently, the new minister has an important influence over the military institutions, and he has been closely working with the civilian authority in the post-July 15 Turkish atmosphere. Especially, TAF played an essential role in terms of recalibrating Turkey’s political strategy in Syria and Iraq and Turkey began to recalibrate its overall influence over the Syrian crisis.

President Erdogan’s central plan in the mid-term is to transform the Turkish military in accordance to the new regional and global geopolitical realities. TAF also wants to consolidate its adaptation capacity in order make the Turkish military more effective, deterrent, and professional. Therefore, the new minister Gen. Akar is seen as the most acceptable figure for TAF to make this transformation possible. However, since each of the aforementioned processes will take a long time to accomplish, there is a need for a comprehensive strategic roadmap for Turkey’s civil-military relations and for the strategic transformation of the military in order to increase the credibility of the TAF and minimize the security risks for Turkey in national, regional, and international security environments.

Also Read
The Future of CHP and Turkey’s Democracy