During his four-day US visit, Binali Yildirim is scheduled to meet Vice President Mike Pence on Thursday. 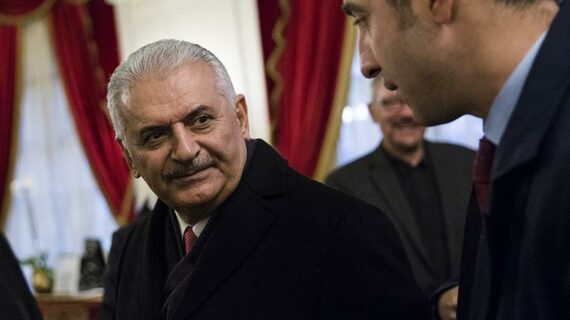 On Tuesday US State Department spokesperson Heather Nauert said that they had positive conversations with Turkey in regards to the visa issue and that this is a “step in the right direction.”

Speaking to reporters at a press briefing in Washington, Nauert stated: “We’re only able to do this on a limited basis right now, but we are prioritizing medical, humanitarian, and also student visas in those cases. We’ve had a series of what I would describe as fairly positive conversations with the government of Turkey. This is certainly a step in the right direction. It’s a positive step.”

Turkish premier in US

In addition, Turkish Prime Minister Binali Yildirim also arrived in the US on Tuesday to start his trip amid signs of improving Turkish-US relations.

On his first day of his visit, Yildirim met with head of the Senate Foreign Relations Committee, Tennessee Senator Bob Corker.

The “frank” meeting, held at the Washington hotel where Yildirim is staying lasted over an hour.

While Senator Corker provided no detail about what was discussed, he described the meeting as “very good.”

“It was very frank both ways, and I appreciate the opportunity to talk with him [Binali Yildirim],” Corker said.

Asked how soon tensions between Turkey and the US will subside, Corker stated that the parties have a number of issues to work out and that this will take time.

“Turkey is a beautiful country. So much progress has been made for so many years. But recently, at least in the last five years, maybe in the last decades, things have curved and taken us backwards,” he said, adding that countries which want to main good relations have to work on it.

During his four-day US visit, Binali Yildirim is scheduled to meet Vice President Mike Pence on Thursday.

The two are expected to discuss economic and military ties, as well as the situation in the Middle East, including Syria and Iraq. It has been stated that Yildirim also has the issues of the YPG/PYD and extradition of Fetullah Gulen, leader of the terrorist organization FETO, which orchestrated the July 15 coup attempt on his agenda.