Public Pressure in Germany and the Future of Hans-Georg Maassen

Is it normal for a person, who is not even a politician – neither a rightist or leftist – but a high-profile bureaucrat, or even “the country’s spymaster,” to address certain sensitive topics by contradicting the country’s ruling Chancellor and the person whose authority he is working under. 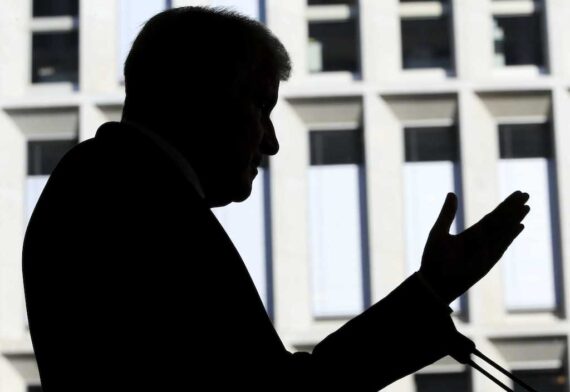 Approximately two weeks ago, the head of Germany’s domestic intelligence, Hans-Georg Maassen, had doubted the authenticity of a video showing racist violence in Chemnitz. Subsequent to this, the social-democratic members of the current grand coalition government called for Maassen’s dismissal.  However, the conservative wing of the government, which includes the extreme conservative Interior Minister Horst Seehofer (CSU), took Maasen under protection. Most of the opposition parties, apart from the far-right AfD, argued that Maassen has discredited himself and therefore he had to resign.

Following the event, the public discussed the issue and many German media outlets were frustrated with Maassen’s statements and urged Mrs. Merkel to dismiss him. Due to the first wave of public outrage, the coalition government agreed on a weird “deal.” Accordingly, Maassen would give up his job as the head of domestic intelligence, but would be appointed as a new Undersecretary at the Federal Ministry of the Interior and Homeland. This is the ministry of which Horst Seehofer is the head. Responses were not so welcoming. The public began to question why an individual – who made wrong decisions – would receive a pay rise and a new job.

The story becomes even more absurd as one remembers Maassen’s concrete statements. He had actually  harbored far rightist’s wrong narratives about the Chemnitz mob. Maassen did not also revise his statements. He just emphasized that he was misunderstood but he still insisted on his stance.

Due to the fact that the majority of the German public did not accept such a new job creation for Maassen and continued to problematize the issue. Heads of the three coalition parties had to discuss the case once again during the weekend. And finally, interior minister Horst Seehofer stated that the leaders agreed for Maassen to work in the ministry in the future, but that he would not receive a pay rise. Seehofer stressed that Maassen would be a so-called special advisor focusing on European and international tasks. That is to say; the government revised its previous decision.

As addressed two weeks ago, the head of Germany’s domestic intelligence Maassen has been transferred to a senior post of the secretary of state/undersecretary of the interior but the decision had caused an outrage among both citizens and political circles.

But what’s the main disturbing point in this issue?

The first question that arises is whether it is normal for a person, who is not even a politician – neither a rightist or leftist – but a high-profile bureaucrat, or even “the country’s spymaster,” to address certain sensitive topics by contradicting the country’s ruling Chancellor and the person whose authority he is working under.

Despite the lack of persuasiveness with regard to the Chancellor’s recent maneuver regarding Maassen, another fundamental question arises. One should remember that the head of Germany’s foreign intelligence, Bruno Kahl, who took a similar strange position in March 2017 by addressing the failed coup attempt of 15 July 2016. In his interview with the German magazine Der Spiegel, Kahl stated that he does not believe that Gulen was behind the coup attempt. Subsequently, Kahl received harsh criticism by German media representatives who accused him of either lack of knowledge regarding the order or deliberate manipulation and protection.

Thus, Maassen recently acted in a political way – in addition to his lack of authenticity during issues such as the NSU case – which he shouldn’t have done. But as a consequence, he has been ultimately -at least- “transferred” from his office as head of domestic intelligence. He was not fired and still holds an official position. The federal government most probably thinks that the public will buy this “maneuver.” However,  there is another case with the head of Germany’s foreign intelligence, Bruno Kahl.

Kahl spoke very similarly in a political way and deliberately disregarded or ignored a NATO ally’s official position regarding a top security issue. But no serious political voice in Germany warned him of not stepping beyond his bureaucratic borders. If the federal government is sincere in its actions, alongside Maassen, Kahl should have also been dismissed from office. Maybe then Germany’s domestic offices of security and bureaucracy may have been able to re-gain trust and confidence.

Nowadays such decisions not only support the decline of trust in the state’s domestic institutions, but also render the fragile coalition government weaker. At the end of the day, the winner seems to be the AfD and its political stance. AfD is a far-right political party, which according to recent polls is the second strongest party in Germany.