While Qatar’s football triumph means a huge disappointment for the UAE and Saudi Arabia on the pitch, it further reinforced Doha’s moral advantage against these countries in the political realm. 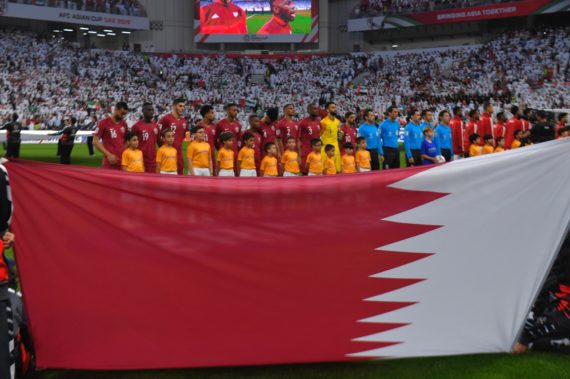 There would be no better timing for Qatar to reach its best-ever stage in the history of the Asian Cup. This year’s tournament saw Qatar’s extraordinary performance as the football team of the tiny Gulf nation reached the finals for the first time in history. As a historic record for Qatar, the national team became the first team to win all matches and proceed to the final stage without conceding any goals from its opponents.

Qatar’s overall performance in this year’s Asian Cup was followed closely. In the group stage, the Qatari national team defeated Lebanon, North Korea and Saudi Arabia – a country that been following hostile policies against Doha since the Gulf crisis in 2017. In the qualifiers, Qatar eliminated Iraq and secured another victory against South Korea in the quarterfinals before trashing the UAE in the semi-final.

What makes this success more joyful is the victory against the host of the tournament, the United Arab Emirates, a country that was the mastermind of the political blockade against Qatar, which began in the summer of 2017. In other words, Qatar used the tournament as a venue to respond to the blockading countries in order to some-what punish them through football. By gaining a 4-0 win against the host country, the Qatari national team pushed the UAE out of the tournament in front of thousands of disappointed supporters. Disrespectful scenes, such as the booing of Qatar’s national anthem and hooligans throwing shoes at Qatari players, further added to the humiliation of the host nation.

What makes Qatar’s success in the AFC Asian Cup more joyful is the victory against the host of the tournament, the UAE – a country that was the mastermind of the political blockade against Qatar.

The political tension between the two countries was clearly observed throughout the tournament. The UAE administration even went so far to refuse allowing some Qatari team members to come to the country. Saoud Al-Mohannadi, Vice President of the Asian Football Confederation (AFC), and who chaired the organizing committee of the 2019 Asian Cup, was prevented from flying to the host country. It is alleged that the UAE administration purchased all 18,000 tickets and distributed them to the Emiratis for free in order to prevent any Qatar supporter from entering the stadium. Despite all the pressure, the Qatari team showed an outstanding performance and secured a well-deserved win against the UAE, creating a wave of joy for thousands of supporters in Qatar and across the Arab world.

It can be argued that this exceptional performance displayed by Qatari players was driven with a motivation derived from the hostile blockade, which was implemented and maintained by the UAE and Saudi Arabia against Qatar since 2017. Although half of Qatar’s national team players are originally from different countries, the impact of the political exclusion of the country has been a source of reaction for all those who live in Qatar. For this reason, whether they were born in Qatar or not, all Qatari players acted with the same motivation and wanted to teach a lesson to the countries that adopted hostile policies towards their country. And they did.

Whether they were born in Qatar or not, all Qatari football players acted with the same motivated and wanted to teach a lesson to the countries that adopted hostile policies towards their country. And they did.

This success is clearly observed in the political arena as well. The blockade under the leadership of the UAE, Saudi Arabia, Bahrain, and Egypt, did not reach any of the goals that were initially targeted. These countries, which aimed to control Qatar both politically and economically, have not made any progress in their attempt despite heavy pressure implied on the country in the past two years. The successful political and diplomatic moves of the Qatari Emir, Tamim bin Hamad al-Sani, were decisive in this successful resistance. While Doha was provided a security umbrella by establishing a strategic alliance with Ankara, it intensified its economic and political relations with Washington and London in order to prevent any possible impact of the blockade.

Finally, Qatar was also confronted by the UAE and Saudi Arabia with regards to its hosting of the 2022 World Cup. Riyadh and Abu Dhabi made significant lobbying efforts to convince FIFA and other parties in order to change their decision to allow Qatar to host the next world cup. However, these attempts were unsuccessful, and the Qatari administration stood firm in their bid to host the tournament. Qatar’s recent performance in the Asian Cup has also shown that the Gulf country is ready to host the world cup, especially in terms of the quality of its national team.

Qatar’s success in the Asian Cup and the defeat of the host UAE has been a moral victory for the Gulf country, which has been exposed to hostile policies for the past two years. While Qatar’s football triumph means a huge disappointment for the UAE and Saudi Arabia on the pitch, it further reinforced Doha’s moral advantage against these countries in the political realm.