Rare addmission of Turkish hospitality to refugees by EU

Turkish officials must have it tough to determine whether to call it “better late than never” or “too little too late.” European Commissioner for Migration, Home Affairs and Citizenship Dimitris Avramopoulos on Monday hailed Turkey for its hospitality towards the millions of refugees that the country has been hosting for half a decade now. 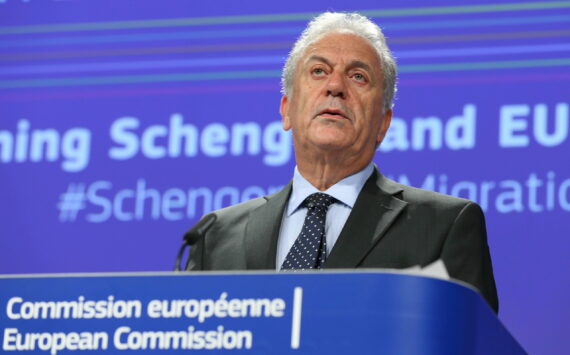 Turkish officials must have it tough to determine whether to call it “better late than never” or “too little too late.” European Commissioner for Migration, Home Affairs and Citizenship Dimitris Avramopoulos on Monday hailed Turkey for its hospitality towards the millions of refugees that the country has been hosting for half a decade now.

“I would like, on behalf of the EU, to praise and commend Turkey once again for its tremendous hospitality and enormous humanity that it has shown towards these desperate people,” Avramopoulos said at the 8th Bosphorus Summit in Istanbul.

According to Avramopoulos, migration was not any individual country’s challenge but a global one. “Today, more than 65 million displaced people and more than 250 million international migrants across the world expect a global solution,” he said.

While the migrants from war-torn Middle Eastern countries including Syrian, Yemen and Iraq, where the Western countries are involved in proxy wars, have faced immense racist attacks in Europe and North America over the past few years, Turkey has proved the most hospitable. One of the examples of this anti-Arab and anti-Muslim attitude in Europe is the deal that the EU signed with Turkey. Fearing that “Muslim,” “Arab,” or foreign visibility was increasing in European countries, the states unleashed their right-wing ultranationalist or anti-Islamic forces, resulting in widespread physical attacks and slur incidents in Europe.

As a last resort to save face, the EU signed a deal in March 2016 with Turkey to provide the country with 6 billion euros ($7.07 billion) in aid in return for taking care millions of refugees and not allowing them to enter Europe. The deal is aimed to discourage irregular migration through the Aegean Sea by taking stricter measures against human traffickers and improving the condition of Syrian refugees in Turkey.

Turkey is home to around three million refugees – most of them from Syria – the only country ahead of Pakistan which has been hosting more than 3.5 million Afghan refugees since the 1980s, US-Soviet war in the country. The numbers are consistently coming down as the Afghanis are moving back to their country gradually.

Turkey is utilizing the aid money on education for half a million Syrian children and healthcare needs for around two million refugee, according to the Commissioner. “One million of the most vulnerable refugees are now receiving monthly electronic cash transfers to cover their everyday needs,” he added.