Rationality and the AK Party 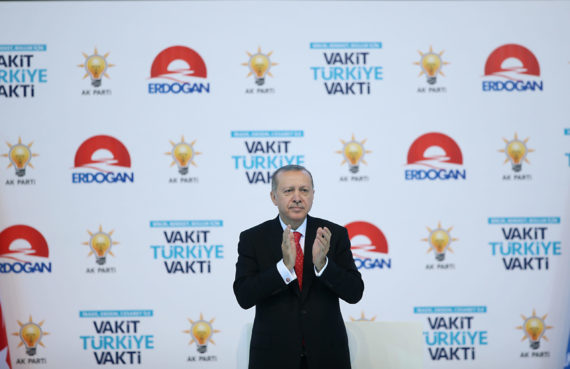 Turkey’s ruling AK Party is often criticized by its opponents for being not rational. However, the accusation that the AK Party is not rational does not stem from the party’s failure to follow the objective rules of politics, or realpolitik. It seems rather to rest on a sense of frustration, which stems from the AK Party’s distance with or reluctance to embrace specific socio-political ideals.

Indeed, the debate around rationality in Turkish politics is of ideological nature. That is, being rational is not measured with the compatibility of actions of political actors vis-à-vis the dictums of realpolitik. It presents an ideological struggle, which is shaped around competing political actors who strive to bend the will of their rivals and make their will triumphant.

Nothing is truer than to put forward that in Turkey we witness a harsh competition between alternative rationalities. It used to be between “modernist” Kemalism and its “traditional” competitors. Resting on modernization theory, Kemalist actors tended to accuse their rivals irrational on the basis of their religiosity or cultural “backwardness”. The start of the globalization process and the postmodern turn in the late twentieth century put an end to the domination of modernization theory. This was a game-changer for Turkish politics. The Kemalists lost their leverage against their political rivals. From then on, Kemalists appeared to be irrational and outdated since the standard of rationality began to be defined with reference to liberal-democracy.

From 2010 onwards, the hegemony of liberal-democracy began to be shaken and a new competition begun. In this competition the primary contenders became liberal and democratic rationalities. The democratic rationality put forward a new framework, which reverses the equilibrium in favor of the collective vis-à-vis the individual, the state vis-à-vis civil society, the political vis-à-vis economics, group feelings vis-à-vis formal reason. It underlines what is concrete, substantial and particular in the face of what is abstract, formal and universal.

Today, Turkish politics is primarily determined by this competition between liberal and democratic rationalities. Whereas the AK Party follows the latter, the opposition champions the former. The AK Party proposes the politics of native-national, which is a project of political unity shaped around a particular conception of good. The opposition, as a response, raises the issue of the importance of the rights and attempts to disparage and dislocate the political unity offered by the politics of native-national. Refusing democratic rationality, the opposition naturally does not offer a positive political project.

This refusal of democratic rationality reduces the chances of winning the upcoming elections on 24 June. This is because the political process in Turkey has been shaped by the struggle to adapt the masses (society) into the political order, which was for a long time under the control of bureaucratic oligarchy. Political actors that seek to win elections have to respond to that basic demand in society. And in order to do that, they are supposed to embrace democratic rationality.