The human capital aspect of the new industrial revolution necessitates prompt planning with an educational focus that will equip students with technological backgrounds, starting from early ages. 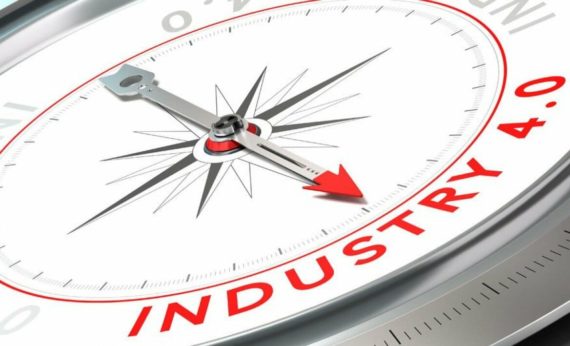 In the last few decades, most middle-income countries around the world have been unable to graduate to the high-income class. Those countries are presumed to struggle with an economic phenomenon called the “middle income trap” which describes the case in which productivity cannot be further raised and competitiveness is lost to some extent. On the other hand, endogenous growth models suggest that a country’s ability to generate persistent levels of welfare hinges upon the technology and innovation that it employs. Therefore, technological development has long been regarded as a way out, to bypass the so-called trap for middle-income economies, including Turkey. What is more, today, even the advanced economies prioritize their policies on high technology as the main driver to uplift the prevailing stagnant economic performances. Within this framework, industry lies at the core of those modern vital efforts.

The latest associated revolution the world has stepped at is known as Industry 4.0. In the search for a cutting-edge phase of industry, the recent endeavors witnessed have been established to give birth to a brand-new machinery era that will enhance productivity and help the sluggish economies wiggle thereby. Introduced by Germany and widely adopted by numerous developed countries in a short period of time, the new industrial movement is expected to bring back the longed-for efficiency acceleration, along with some competitive advantages. Europe, in particular, is eager to break the de-industrialization trend of the last decades with the aid of Industry 4.0 and support its lingering economy by this means.
On the other hand, the transformation in question will have implications not only for the upgrade-dedicated economies but also for the rest of the world through the competitive dynamics to be rebalanced. For this reason, the state-of-the-art industrial tide also concerns the developing economies, at least those that have assertive plans for future growth. In this respect, Turkey, with an economy set on transiting to the high-income class, will also have to take relevant policies into consideration.
Herein, it is obviously known that, for any country, the degree of success on this path will depend on the appropriate formulation of planning that entails courses of action in basic matters such as investment, data analysis, information security and human resources. Then again, while all such details are inevitable to be faced for the industrial upgrade of the coming age, there is no doubt that the human capital factor is of central importance. That is why, for any economy heading for the latest transformation, it is critical to address the issue from a futuristic perspective directly.

TurkeyBy Ibrahim Efe
One fundamental element to be evaluated at this point is the potential impacts of the targeted full industrial automation, which will bring about a more capital-intensive manufacturing environment. While a resulting outcome of such change could be the return of some industries from low-labor-cost locations to their homeland, another related serious implication could be seen on employment levels. This is because the new age, which is basically designed around a higher integration of systems with machines and robots, will inevitably replace the value of human labor to a certain extent. Therefore, prospective changes in jobs in terms of quantity and quality should be well grasped in order to be able to foresee the imminent consequences for individuals and societies.
In this sense, there are several viewpoints regarding the human capital effects of the new revolution, presented in a range of degrees. At the furthest end, for example, manual labor in manufacturing is expected to be radically minimized, significantly reducing the need for related workers sooner or later. A more reasonable stance in this context, however, draws attention to the structural employment shifts, indicating that certain work fields will disappear while some new job descriptions will emerge instead.
In order to concretize the issue at this point, some basic elements of the forthcoming industrial wave can be visited. To be precise, the expected transformation through robot-aided manufacturing, database quality control processes, smart supply chains and simulations provides some hints as to the job types that will be required. In this sense, positions with a nature of more manual work, supervision and quality control are anticipated to fade away, whereas those with higher technical skills will come to the fore. Thus, the revolution is being claimed to unquestionably surge the demand for engineers of various fields, as well as data analysts, simulation experts and R&D staff.However, the vital question that remains to be answered is: To what extent will the new job creations in the cyber-physical industrial world compensate for the losses of traditional positions? It is hard to tell. However, one thing to be sure of is that the cost to the labor force will be more manageable if proper measures are taken in terms of education. That is to say, the human capital aspect of the new industrial revolution necessitates prompt planning with an educational focus that will equip students with technological backgrounds, starting from early ages. Furthermore, in order to diminish the relevant costs to the workforce in the short to medium term, it is important for corporations to consider providing training programs for their employees in order to re-skill them. In this context, there is no doubt that Turkey needs to improve its educational system towards science and technology and shape its labor market in a supportive way.
EconomyEuropeIndustry 4.0Human CapitalR&D